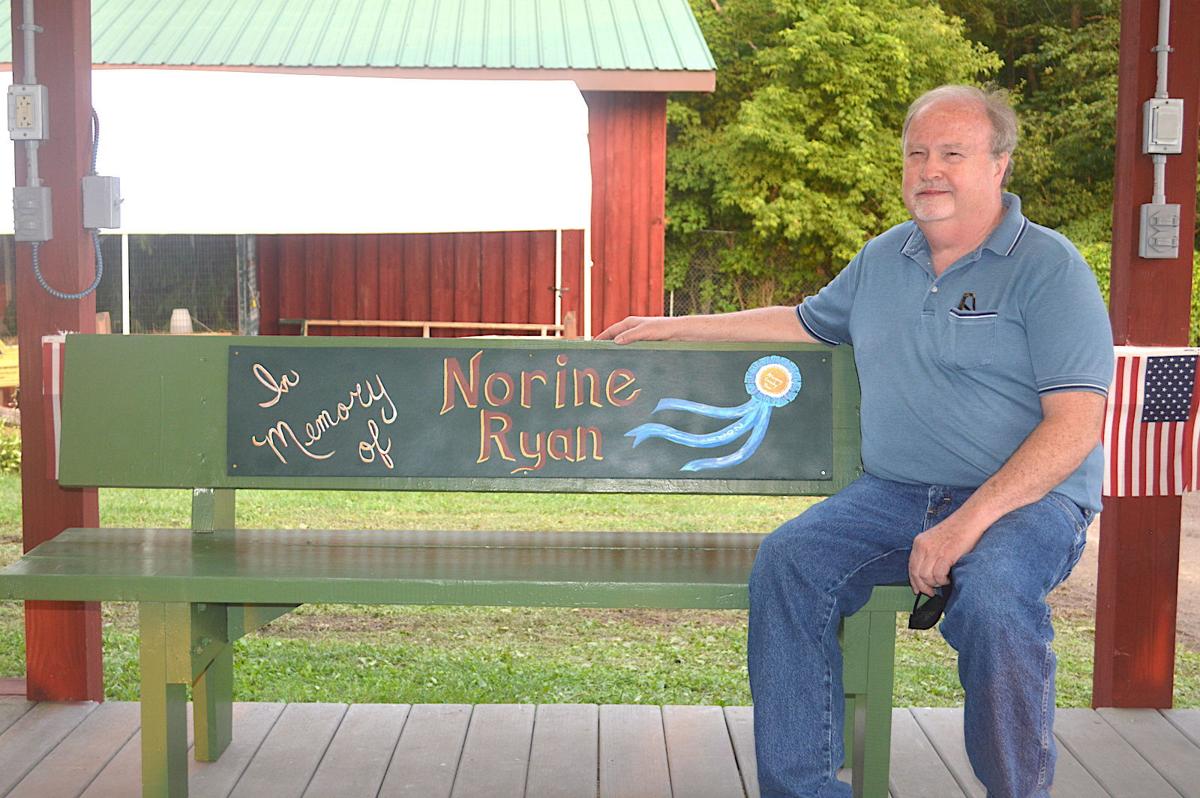 Jim Ryan sits on the bench that the Allegany County Agricultural Society dedicated in memory of his late wife, Norine, a lifetime volunteer at the county fair in Angelica. 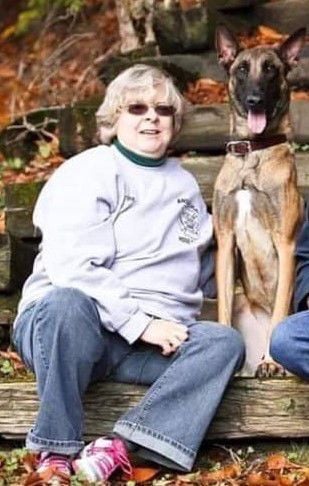 Jim Ryan sits on the bench that the Allegany County Agricultural Society dedicated in memory of his late wife, Norine, a lifetime volunteer at the county fair in Angelica.

ANGELICA — Amid the sounds of motors, cattle lowing, horses neighing, hammering and the occasional “baah” from a sheep, the Allegany County Fair dedicated its 176th year with the vesper service Sunday evening.

The fairgrounds were alive with activities as vendors prepared their sites, rides were set up and animals were moved into their temporary homes as the service took place in the of the Mini Theater.

The service is a traditional event marking the beginning of fair week — and during which people who have been important to the fair are remembered and honored with custom-made benches bearing their names.

Karen Tripp, president of the Allegany County Agricultural Society, which organizes the event, said the 2021 Allegany County Fair would be dedicated to Norine Ryan, a long-time member of the society who recently passed away.

“Norine served as our office manager and was a lifetime volunteer of the fair,” Tripp said. “Norine was raised at the fairgrounds; she would recall, as a child, riding on the water wagon as her dad watered the racetrack. Another of her childhood memories, searching for coins in sawdust, was brought back as an activity at the fair in 2019.

Tripp said Ryan began working in the office in 1973 as a junior in high school and worked her way up to office manager. She and her husband, Jim Ryan, would volunteer their time to tend to daily needs at the fair, like watering flowers or checking the grounds.

Tripp said many may remember Norine working the fair booth in the Jennings Building, where she volunteered her time.

“We’re pleased and honored to dedicate the 176th Allegany County Fair to the memory of Norine Ryan,” Tripp said.

After revealing a bench painted green and decorated with a blue ribbon, Jim Ryan was invited to say a few words about his wife.

GOP Governor gets booed for telling truth about vaccine

“Norine would have loved this,” he said, pointing to the bench. “The fair was a big part of our lives. Every January our living room would become the fair office as she got ready to order the ribbons they would need for that year’s fair. She wanted to get those ribbons ordered to make sure everything would be right.”

Jim Ryan recalled that his wife became part of the fairgrounds when her father, who oversaw the stock car races, enlisted Norine and her sister to take and count the money from the entries and ticket sales.

“They would sit down at the table Sunday mornings and sort and count the money,” he said. “Each dollar had to be facing the same way and every coin had to be counted and there were a lot of quarters because admission was only 50 cents back then. It was how he taught them their numbers.”

Ryan recalled how after they were married in the 1980s, Norine needed a part-time job.

He said, “someone had quit, and John Cronk (fair president) needed someone to maintain the grounds. Her mother suggested Norine, but he was not sure a girl should be doing the job. But once she climbed on the tractor and started mowing the field, he knew he had the right person.

“The fair was a big part of our lives,” Ryan said. “I’d start at one end watering the flowers and she’d start at the other end, and we’d meet somewhere in the middle.”

Prior to the announcement, Alva and Amelia Robbins led those gathered in the Mini Theater in several hymns followed by the Rev. Mark Chamberlain.

In his sermon, Chamberlain called the Bible the Book of America and explained how Bible verses are carved on building faces throughout Washington, D.C. He said it was George Washington who knelt in reverence to the Bible after his inauguration and that a Bible verse is etched on the top of the Washington Memorial and is the first thing in Washington to greet the rising sun each day.

The sermon drew “amens” from the crowd and applause at the end.

In closing, Tripp said that after the state gave the go-ahead for fairs to be held, “We had just 59 days to pull this fair together, but we had many volunteers who worked hard, and I think we’ve put together a pretty good fair.”