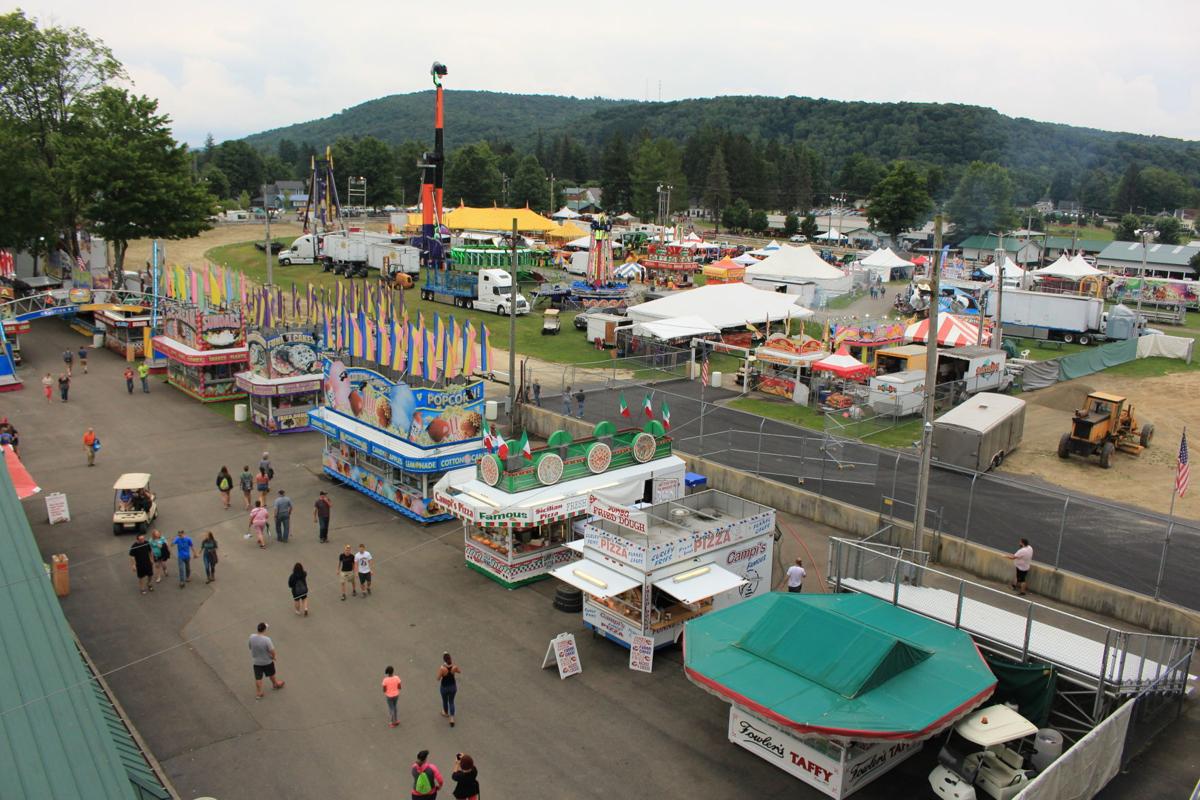 This photo of the Cattaraugus County Fairgrounds in Little Valley was taken from the grandstand during the 2018 County Fair. 4-H officials and others are hoping the fair will return this summer after closing due to COVID-19 in 2020. 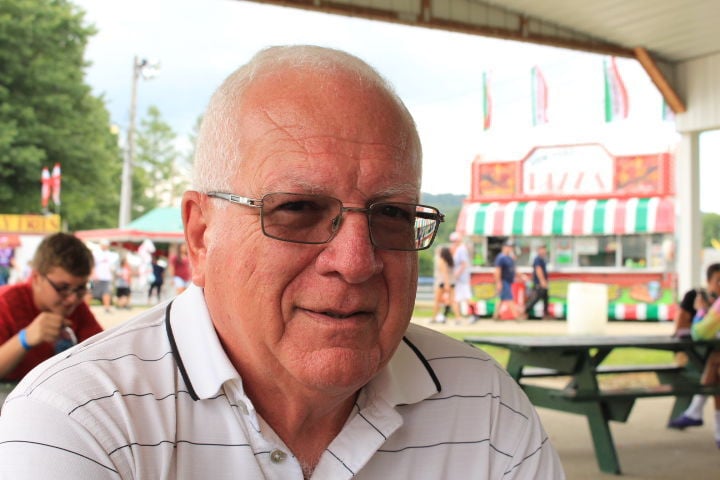 Dick Rivers, executive director of the Cornell Cooperative Extension of Cattaraugus County, hopes to get 4-H exhibitors back to the county fairgrounds this summer. 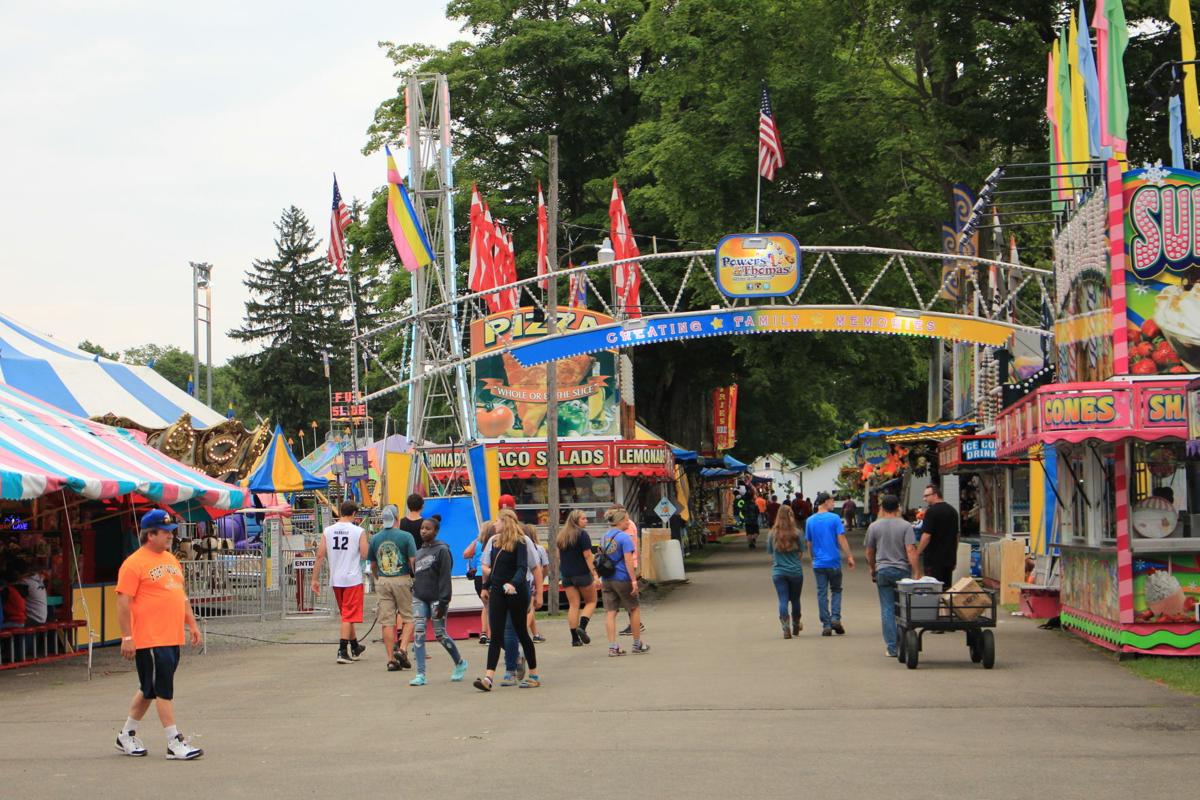 The Cattaraugus County Fairgrounds midway in 2018.

This photo of the Cattaraugus County Fairgrounds in Little Valley was taken from the grandstand during the 2018 County Fair. 4-H officials and others are hoping the fair will return this summer after closing due to COVID-19 in 2020.

Dick Rivers, executive director of the Cornell Cooperative Extension of Cattaraugus County, hopes to get 4-H exhibitors back to the county fairgrounds this summer.

The Cattaraugus County Fairgrounds midway in 2018.

Gov. Andrew Cuomo announced Monday the New York State Fair would return this year after being canceled in 2020 due to COVID-19.

Both the Cattaraugus County and Allegany County fairs have penciled in plans to open this year, but no details have been made public yet.

The New York State Association of Agricultural Fairs lists the Cattaraugus County Fair for Aug. 2-8 in Little Valley and the Allegany County Fair July 19-24 in Angelica.

“2020 was a tough year for the Fairs,” the NYSAAF states on its website. “COVID-19 ended the Fair season before it began. It has devastated many businesses, but our Fairs are FAIRSTRONG in 2021 and planning for an exciting year.

The Cattaraugus County Fair website includes links to forms for exhibitors and vendors, which become active when the information becomes available.

Officials at the Cattaraugus County Agricultural Society, which owns and operates the county fairgrounds, could not be reached for comment on Friday.

But Dick Rivers, executive director of the Cornell Cooperative Extension of Cattaraugus County, said the 4-H members and leaders are planning to go forward.

“We haven’t heard anything officially from the fair officials as to what is happening,” Rivers said. “We’re hoping it will go. We can’t wait. The 4-H people plan to go forward. Of course, it’s up to the Agricultural Society to decide.”

The county’s 4-H organization earlier this month held the annual spaghetti dinner fundraiser — a take-out dinner at the 4-H Snack Shack at the fairgrounds — to raise money for county fair 4-H awards this year.

Legal analyst: Normally, Barr would have known about subpoenas

Rivers said 4-H officials were heartened by the governor’s announcement on Monday that the State Fair would resume and that it was good news for the County Fair. “We’ve got hope,” he said. “We hope to hear soon.”

Rivers said the annual 4-H Market Animal Sale “went quite well” in an online auction forum featuring photos and video of the animals 4-H members raised for the auction.

“We will be prepared if the County Fair goes on,” Rivers said.

How it will look is unknown at this point.

Cuomo called for re-opening the State Fair at 50% of its capacity Aug. 20-Sept. 6. Buildings would not be open except bathrooms. Attendees would be required to observe social distance and wear a mask at all times except when eating or drinking. People will be asked to sit down while they eat or drink as well. Midway rides, games and attractions will be sanitized frequently.

The NYSAAF website listed new offerings at Cattaraugus County Fair including additional educational signs, with important facts about the care and feeding of the various livestock species, while the Allegany County Fair is building new wash racks to ensure the animals are clean and ready for the show ring.

Again, what it will look like is largely unknown.

Country music stars Morgan Wallen and Justin Moore were scheduled to perform. Fair officials said when the County Fair was canceled last May that Moore would perform at the 2021 fair.

ANGELICA — “The Fair with the Country Smile” is less than 80 days away, and officials are st…