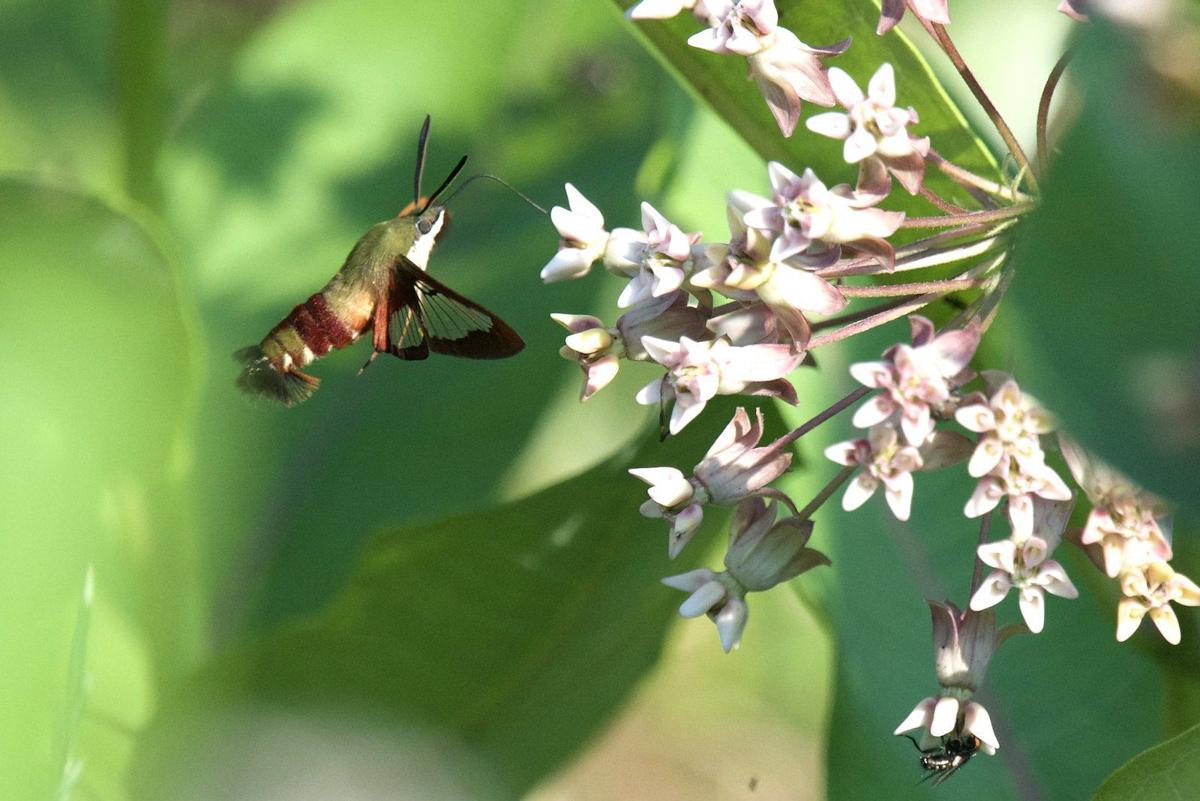 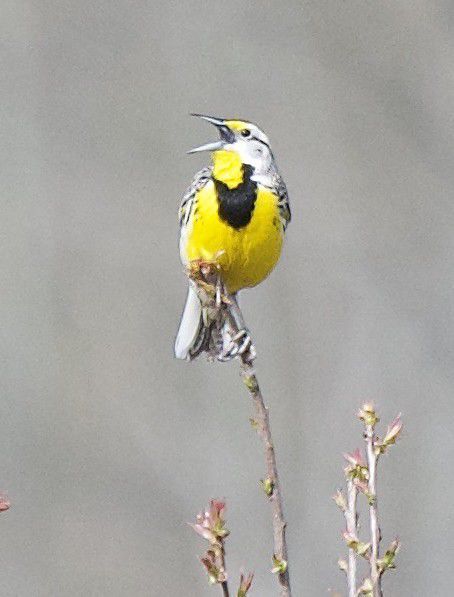 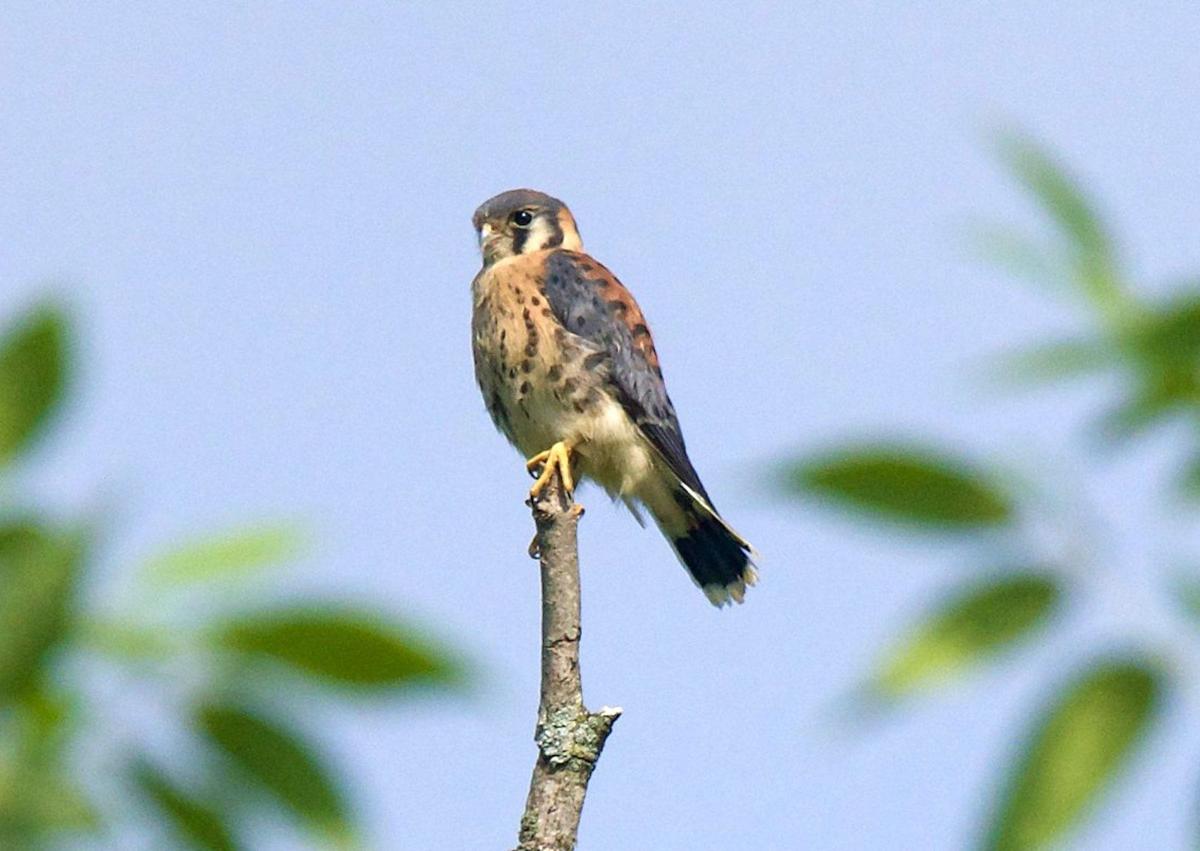 From a purely financial point of view, my 20 acres of land has very little economic value. In other words, there’s no timber, oil or gas. Most of it was cleared over a century ago and has been in hay fields ever since, and while the hay does have a small amount of economic value, the greatest value — as far as I’m concerned — is in its aesthetic value and value to wildlife.

Because of that, I wait until late summer to have the hay cut so that the ground-nesting birds that live there can finish nesting. In most years that means red-winged blackbirds, bobolinks, Eastern meadowlarks and savannah sparrows. This year was particularly good for meadowlarks, which successfully nested twice.

But on other parts of my property, where goldenrod grows along creeks and is either too steep or too wet to be cleared with a tractor, I perform the maintenance manually because that’s where I have the greatest variety of nesting birds. They include gray catbird, yellow warbler, chestnut-sided warbler, American kestrel, willow flycatcher, song sparrow, chipping sparrow, robin, ruby-throated hummingbird, Eastern kingbird, brown thrasher, tree swallow, Eastern bluebird and house wren, as well as others.

My efforts in those areas generally involve control of invasive plants without resorting to poisons or chemicals. The two species of invasive plants that I’m most focused on are multiflora rose — also called wild rose — and wild parsnip since neither one of those does much to support native wildlife and both can crowd out the other plants that do.

Even though wild parsnip is related to giant hogweed and is capable of causing skin irritation and burns, it looks fairly benign — like a yellow version of Queen Anne’s lace — so it’s been able to creep along country roads and ditches unnoticed so that now it seems to be everywhere if you look for it. Interestingly, I generally see more of it on the side of the road leading uphill rather than on the side of the road leading downhill suggesting that it starts at lower elevations and the seeds are pushed along by snowplows or carried along by cars.

In areas where highway departments mow the roadsides, wild parsnip can be held in check but there are always a few plants — or in some cases lots of plants — that are beyond the reach of the mower. On my property, those plants are the ones that are growing in areas that are either too steep or too wet for me to get at with the brush cutter that I use on the wild rose.

So, following the guidance of the U.S. Fish and Wildlife Service, I use gloves, a long-sleeved shirt and long-handled clippers to manually cut and dispose of the wild parsnip plants. If I didn’t do that, I’m concerned that it would eventually crowd out the goldenrod which is an important autumn food source for pollinators like bumblebees, honeybees and butterflies. Admittedly, since invasive plants are here to stay, it may seem like an exercise in futility to cut them down one plant at a time but I take my exercise where I find it and, so far, I’ve managed to stay ahead of it.

Recently, another native species that I’m encouraging has become pretty effective at keeping wild parsnip in check by growing in dense patches that makes it harder for wild parsnip to get established. It's the common milkweed plant. The genus name of milkweed is Asclepias, which is taken from the Greek god of medicine since some species of milkweed are said to have medicinal properties. The U.S. Forest Service calls common milkweed “nature’s mega supermarket for insects” and if you’ve ever watched a milkweed patch when the flowers are in bloom, you can see why. There may be half a dozen or more species of bees, beetles, flies and butterflies all sharing a plant at the same time. Neither wild rose nor wild parsnip can claim that.

Scheana Shay: Lala Kent and Randall Emmett are over, but she will be just fine

'My body simply just gave out': Teyana Taylor hospitalised for exhaustion before gig

I regret not encouraging the milkweed on my property sooner but, like a lot of people with lawn tractors, I mow everything down without always thinking about what I’m cutting. Fortunately, the patch is spreading fairly rapidly now and each year it extends farther into my yard and it’s large enough that it attracts some pretty interesting creatures, including the clear-winged hummingbird moth.

And just as the milkweed attracts a large variety of insects, so too the insects attract a large number of birds, including fly-catching specialists like the cedar waxwing and Eastern phoebe. Even the yellow warbler, which is not known for its fly-catching abilities, was picking off insects in my milkweed patch.

Part of the reason that I encourage native species of plants is to provide a natural food source for birds and because of that, aside from a hummingbird nectar feeder, I do not use bird feeders during the spring, summer or fall. If it turns out that the “mysterious disease” that is killing birds is spread by dirty bird feeders, I will readily give up my winter bird feeding as well. Feeding birds is for the pleasure of each of us not for the survival of birds and I can’t take pleasure from spreading disease that kills birds.