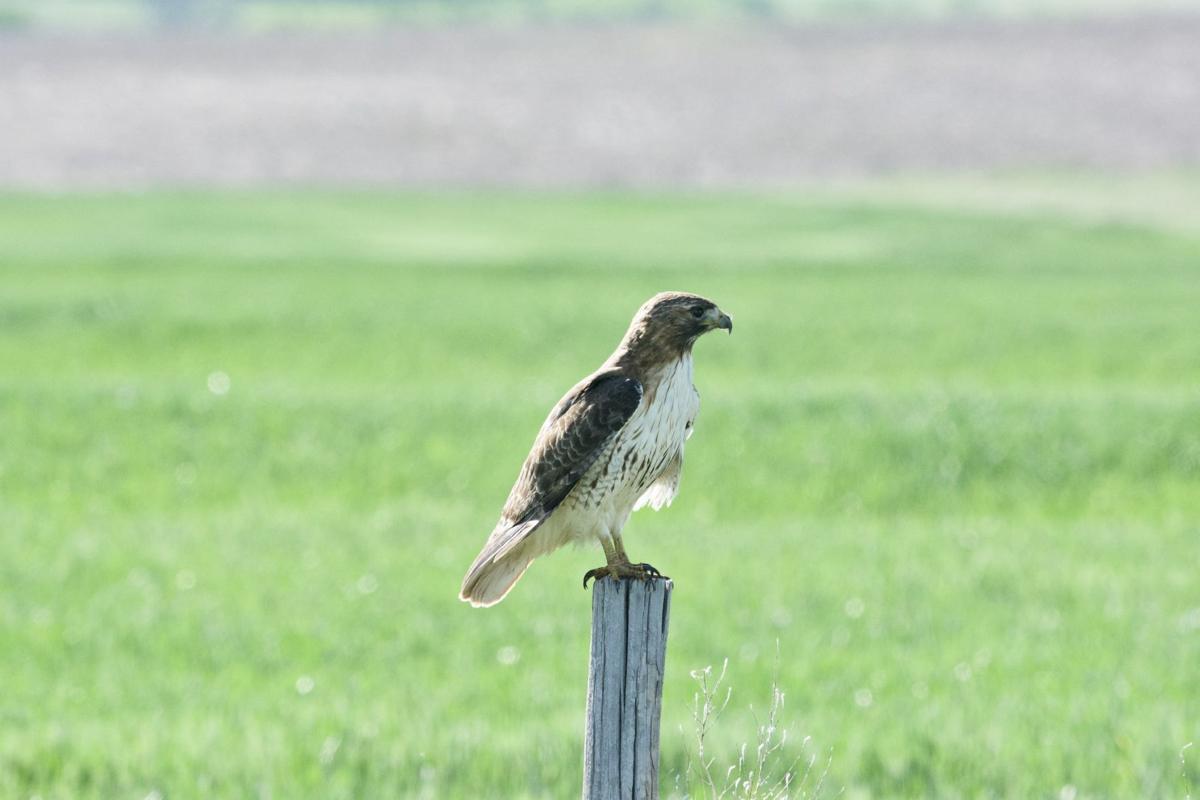 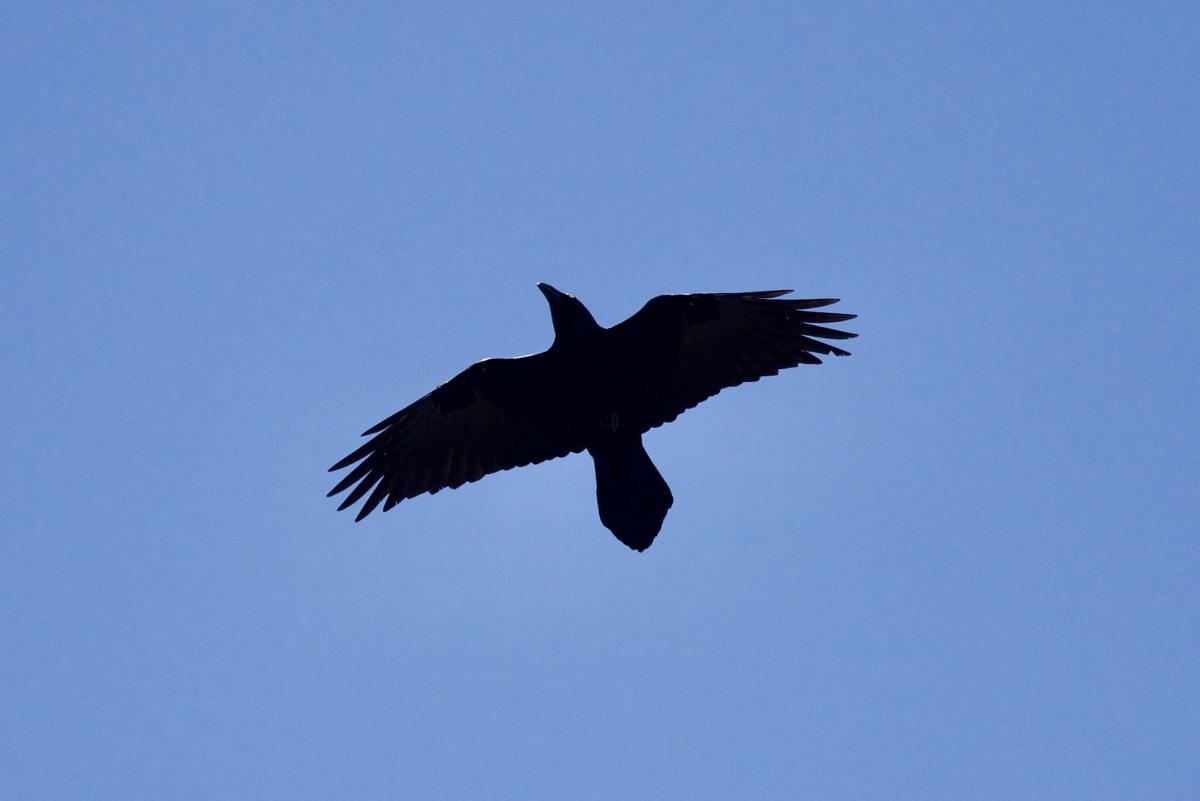 If you’ve been reading the Olean Times Herald you know that there have been two unusual bird sightings recently — both of them in Allegany.

First, red-tailed hawks are our most common bird of prey because they adapt well to wide-open country where they can hunt rodents. For people who pay attention to these things, red-tailed hawks can often be seen perched along the edges of large fields or roadsides. Even at a distance they can be easily identified by their bulky appearance and off-white breast, with darker feathering across the mid-section, which is ofter referred to as a “belly band.”

But to see a leucistic red-tailed hawk — or a leucistic anything for that matter — is unusual.

As pointed out in the paper, leucism can be mistaken for albinism, but they are two different conditions. In short, leucism occurs when the animal lacks the cells that make pigment, whereas albinism is the absence of only certain cells that create pigment. Both are unusual and but for the photograph that appeared in the paper, it would be difficult to identify this leucistic red-tailed hawk at a distance because most field marks are a function of the bird’s plumage. But when the bird is almost entirely white as this one is, identification is a real challenge.

And while the story in the Times Herald did not identify the specific location of the bird, it’s possible that it’s the same bird that I’ve been receiving reports on — but never actually seen — from Alan Spears and David DiTanna, both of whom live in Allegany. In other words, the leucistic red-tailed hawk may actually be a resident.

The other unusual bird that appeared in Allegany recently was a snowy owl near the Allegany-Limestone High School which was also photographed by a number of people. It is indeed unfortunate that, according to reports, the owl perished sometime later.

I regard snowy owls as “ambassador birds” because they’ve left their breeding grounds and flown hundreds of miles to be here and, as a result, they enjoy a special status not usually afforded other birds of prey.

Indeed, the first owl that I ever saw was a snowy perched on top of a building at the State University of New York at Oswego where I was an undergraduate. I’ll always remember that owl as the first bird that actually stopped me in my tracks with wonder. Knowing that it had flown all the way from the Arctic Circle — a place that I could only dream of visiting — burned a lasting image into my memory.

It wasn’t until many years later that I understood the bittersweet reality that snowy owls seen in winter are often on the verge of starvation, which is why they’re this far south and why they’re active during daylight hours.

Kaley Cuoco surprised by husband ahead of the Golden Globe Awards

But the bird that has gotten my attention this winter is the common raven. Admittedly, ravens aren’t as uncommon as leucistic red-tailed hawks or as unusual as snowy owls — and most people probably mistake them for crows. But what interests me is their vocabulary, and as the number of ravens in our area increases so does the opportunity to appreciate the variety of their utterances.

Raven vocalizations are often described as sounding like a crow with a chicken bone caught in its throat, and while that may be an apt description, it doesn’t come close to covering the full range of their vocabulary. But in order to really appreciate that, it helps to see them in a flock and this winter I’ve seen several fairly large flocks, including nine in Bush Hill State Forest, and the variety of calls, clicks and croaks was really amazing.

That’s to say nothing of their aerial maneuvers. If, on some level, intelligence is a function of language then these birds were displaying a high degree of intelligence. As to whether intelligence equates to consciousness, that’s a discussion for another day.

But if you’re more comfortable watching birds from the comfort of your home, there are two documentaries that I can recommend. The first is called “The Central Park Effect” and the second is called “Migrating Birds: Scouts of Distant Worlds.”

“The Central Park Effect” describes a phenomena whereby thousands of songbirds drop into Central Park in New York City during spring and fall migration. I was skeptical at first, but to its credit the film acknowledges that the Central Park effect happens because the East Coast is so overbuilt — migratory birds have nowhere else to land to put on fat reserves so they concentrate in Central Park. It’s partly because the songbirds arrive there so hungry that the filmmakers are able to get remarkable footage of warblers, vireos, orioles and buntings as they follow a group of birders through the park.

The footage alone makes the film worthwhile and the comments by the birders add a light touch.

The second film is more scientific as it documents the migration of European waterbirds using advanced GPS technology and ultralite aircraft as they fly from Northern Europe into Central Africa. It’s easy to get caught up in the drama as the birds face a variety of perils — not least flying over the Sahara Desert — but there’s also some amazing footage of millions of European starlings engaging in fantastic murmurations over the city of Rome, as well as a description of how the birds synchronize their flight to avoid and ultimately defeat predators.

So whether you enjoy birds while indoors or outdoors or both, there’s always something happening for the people who pay attention.

Images of some of the birds mentioned here can be seen at: https://www.flickr.com/photos/meadowsteward/