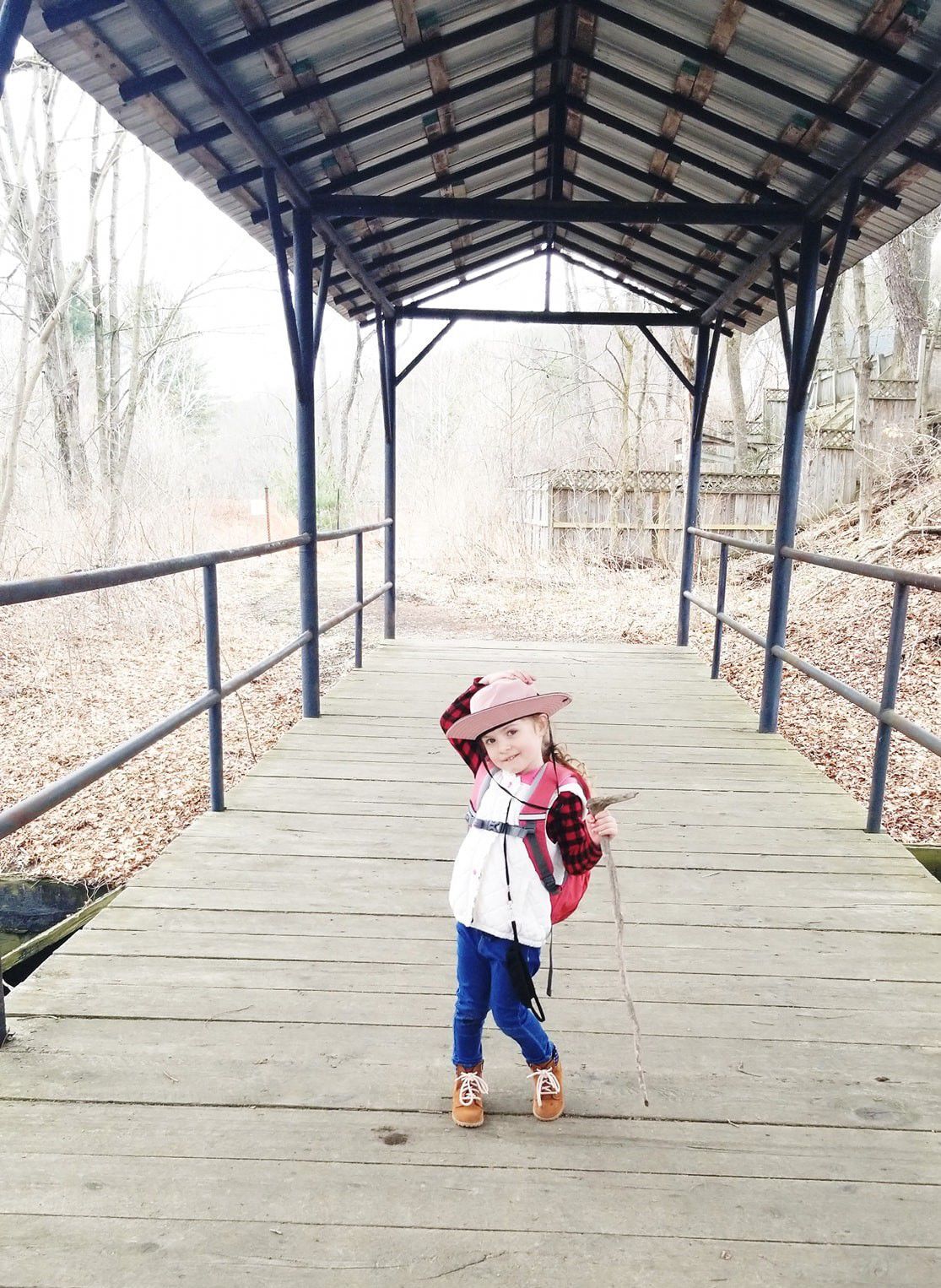 Even a 4-year-old can enjoy the WAG Trail. 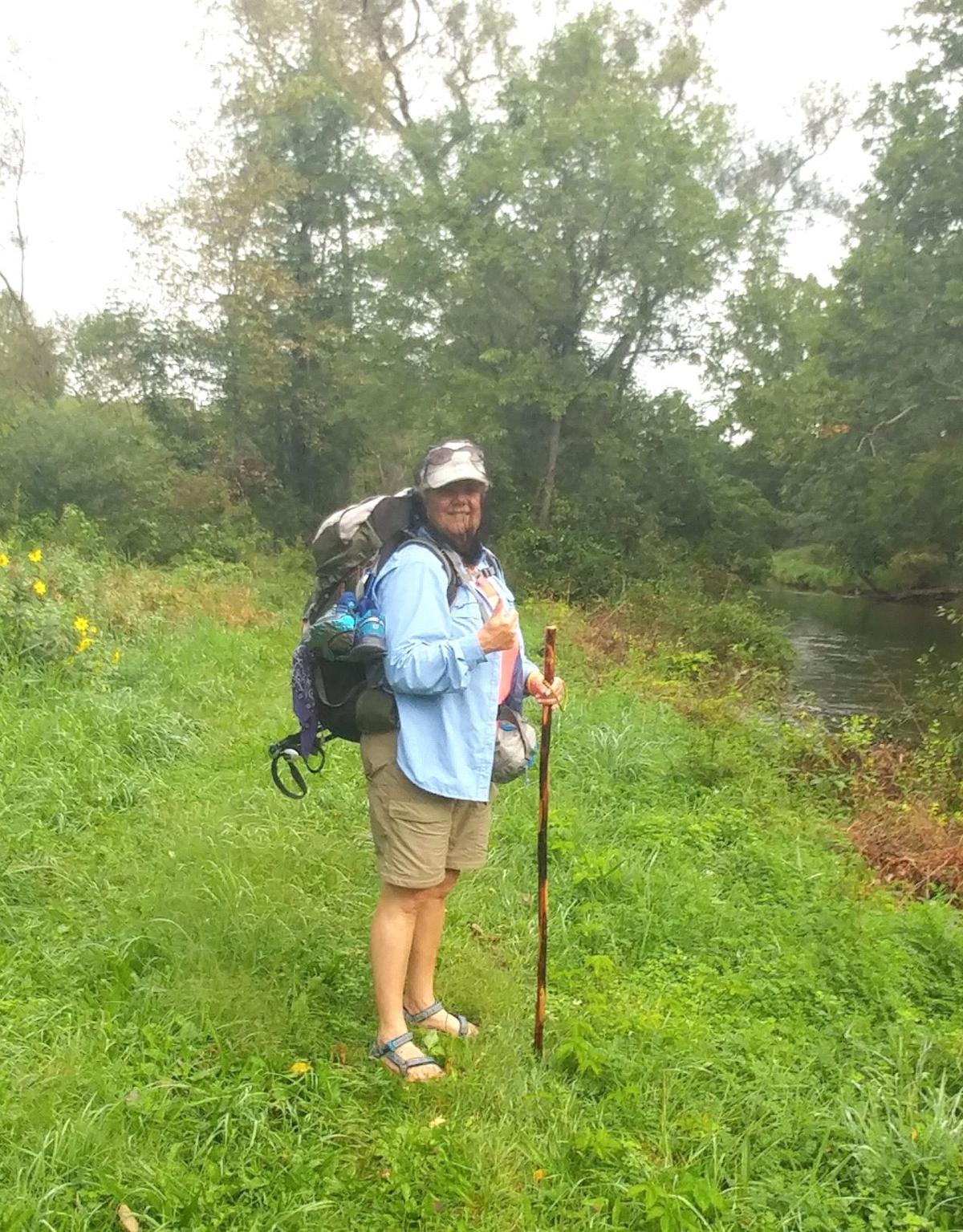 Even a 4-year-old can enjoy the WAG Trail.

WELLSVILLE — What and where is the WAG Trail?

Stretching between Wellsville and Genesee, Pa., the WAG Trail is a multi-use, recreational trail perfect for families and others in all seasons.

The WAG Trail is 9 miles long, flat and runs next to the scenic, north-flowing Genesee River. It follows the route of the former Wellsville, Addison and Galeton Railroad from which it gets its name, WAG.

According to the New York Department of Environmental Conservation, the WAG Trail is open for all non-motorized uses, as well as snowmobiling in season. The trail is also popular with fishermen for access to the Genesee River. Recent improvements and maintenance have made the entire trail easily accessible.

As it travels through woodlands and farmlands its grass and gravel surface is very flat. The grade is less than 5%, with only about 80 feet of elevation change over the length of the trail.

Users can see a menagerie of wildlife, from beaver, mink, fox and deer, to grouse, woodcock, turkey, songbirds and waterfowl and possibly bear according to some recent hikers.

“I could see bear scat on and near the trail, so you know they are around,” she said. “I didn’t see any, but I certainly saw lots of other wildlife including deer and insects. If you hike the trail in the summer be sure to have netting and your mosquito repellent.”

Wilson-Wheeler said the thing she liked best about the trail is its flatness.

“There aren’t any hills and there are plenty of places to sit down and rest and enjoy the river.”

The trail and its amenities make a hike on it a family affair.

They were involved in a dog fighting ring?! You'll never guess that these stars have been under house arrest

'We both know who I am': Sir Paul McCartney bans autographs

Gretchen Hanchett, the executive director of the Greater Allegany County Chamber of Commerce and administer of the Allegany County Department of Tourism, recently took her 4-year-old granddaughter for a hike on the trail.

“It was easy enough for Arya to enjoy,” Hanchett said. “It is safe, you do see other people, especially the closer to the village, but it is a trail for all ages. It reminds me of going back in time. Going for a nice stroll.”

With its scenery ranging from farm fields, wetlands and forests, Hanchett said, “I like it. It is well-maintained and it isn’t hard. It is like taking a nice deep breath and letting it out.”

She also noted that there are benches on the trail.

Historically, The WAG Trail was part of the WAG Railroad and originally part of the Buffalo and Susquehanna Railroad system. At its peak, the railroad extended from Buffalo to Sagamore, Pa. The rail line from Galeton, Pa., to Wellsville was constructed in 1895-96.

In 1929 the B&S Railroad became part of the Baltimore and Ohio Railroad system. In 1956 the Wellsville branch and the branch from Galeton to Addison were sold to the Salzberg Company and the line became known as the Wellsville, Addison and Galeton Railroad. The railroad originally served the Sinclair Oil refinery in Wellsville and tanneries in Pennsylvania. It operated until 1979 but the final shutdown of the Sinclair refinery in 1963 eliminated the railroad’s major customer. The Wellsville branch ceased operating in 1973 following severe damage to the line caused by the remnants of Hurricane Agnes in 1972.

Early on, enthusiastic volunteers helped clear and maintain the path. Each year students help to clear the path and in recent years Jones Memorial Hospital provided funds to replace and repair bridges on the trail.

Currently the location is undergoing the replacement of the bridge, so parking may not be available. In Shongo the DEC advises trail users to use the Hawks Road parking area because the Shongo site is used by fishermen. Directions to each site may be found on the DEC website.

The DEC also advises that if you bring it in — take it out to minimize impact on natural resources.