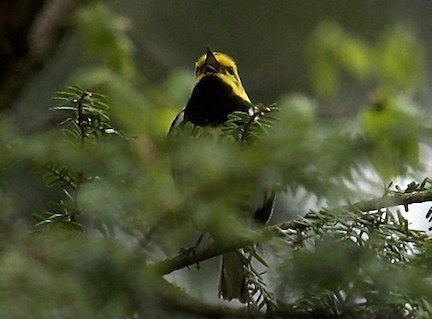 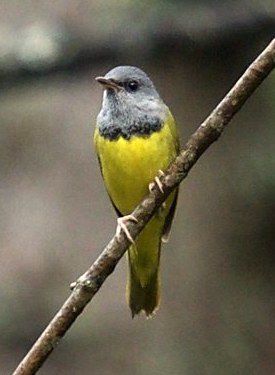 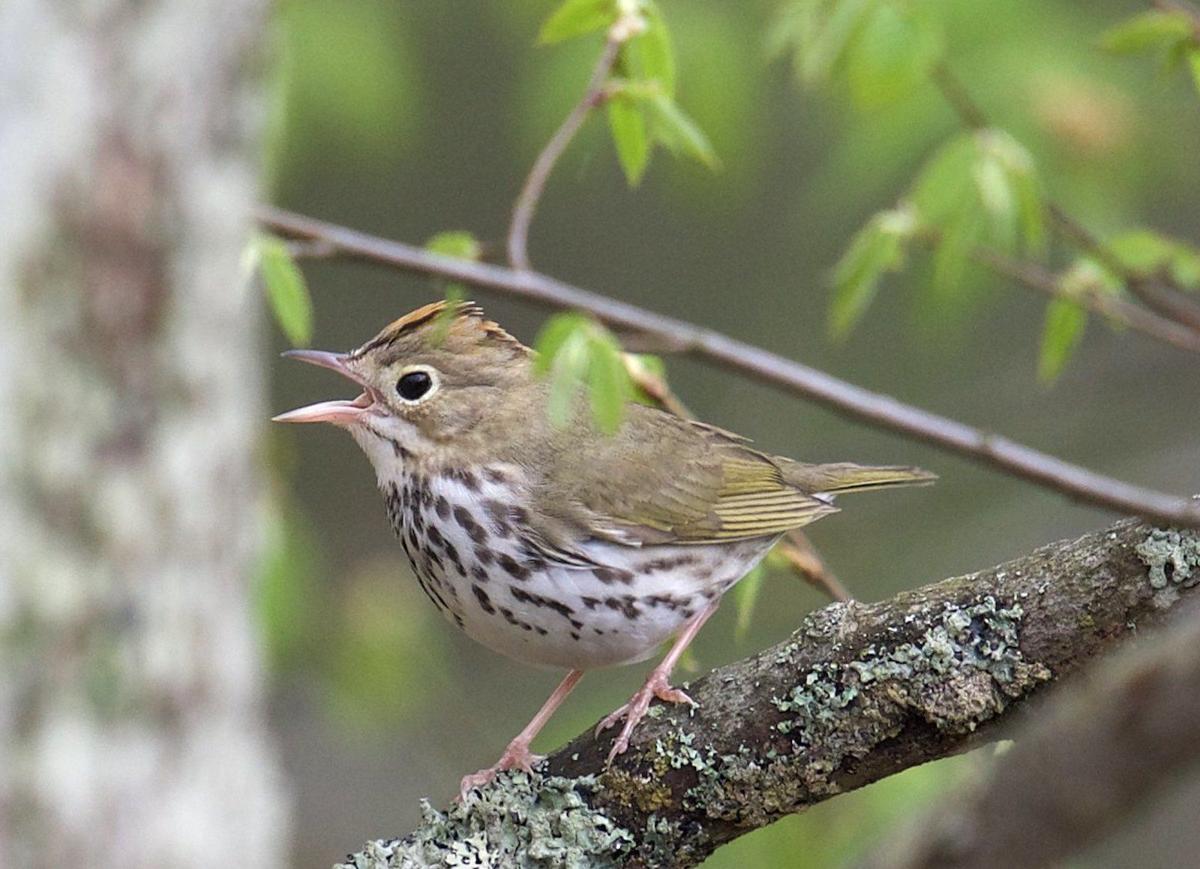 We’re fortunate in Cattaraugus County to have access to large tracts of public lands, but every once in a while I may happen to find myself walking on logging roads on large tracts of privately-held forest land. If that does happen it may possibly be because there are no obvious POSTED signs.

When I do happen to find myself there, it’s only to look at birds. And since I’m a two-legged guy rather than a four-wheeler guy, any impact on the land is practically zero.

For me, looking for birds in 2021 means looking for evidence of breeding birds as part of the New York State Breeding Bird Atlas Project. Like most people who have been birding for as long as I have, I can identify 95% of the birds that I hear by their song, although, admittedly, I can no longer hear the songs in the higher frequencies, probably because I had front row seats to a Doobie Brothers concert in 1975 and it’s still ringing in my ears.

Confirming the bird as a breeder generally involves seeing the bird carrying nesting material, or carrying food or seeing recently fledged juvenile birds. While it’s fairly easy to do that with a robin, it can be annoyingly difficult to do it with forest birds like the ovenbird. Walk through any mature forest and you’ll probably hear half a dozen or more ovenbirds, but getting your binoculars on one can be very difficult once the leaves are out, so even though I’ve been able to move ovenbird from a "possible" breeder to a "probable breeder," I haven’t been able to move it up to a "confirmed" breeder on any of the Atlas blocks I’ve worked on.

I haven't seen proof of breeding even though, intuitively, I’m pretty sure it’s breeding.

Although I’ve looked for birds on many of the Atlas blocks in Cattaraugus County, only one of the blocks that I work on has been identified as a “priority” block by the organizers of the Atlas. There’s nothing inherently special about that block that makes it a priority block, it’s just that the algorithm that the organizers use to “grid” the state identified that block as a priority.

That same algorithm put Central Park in Manhattan and Prospect Park in Brooklyn in “non-priority” blocks, which must have annoyed New York City birders since those two parks constitute some of the largest areas of green space in the five boroughs.

I’ve spent a lot of time this summer birding on that priority block, trying to confirm as many species of birds as I can. Recently, while following what appeared to be a disused logging road up the side of a ridge I was able to confirm Eastern wood pewee, American redstart, black-throated blue warbler (both the male and the female) and black-throated green warbler — all carrying food.

The black-throated green warbler was particularly special, not only because it’s one of those birds that sings in the higher frequencies that I can no longer hear, but also because it nests in the forest canopy so to see one low enough that I could get my binoculars on it when it was carrying food was really good luck.

Conversely, I spent 10 minutes watching a mourning warbler flitting among the branches without ever seeing it carrying food or feeding young, but I’ve made a mental note of the location and may try again since mourning warbler is one of our latest arrivals in the spring and it’s a late nester.

As I climbed a particularly steep section of the ridge I stopped to catch my breath and marvel at the fact that logging equipment could safely navigate such a steep slope. Although winded, it felt great to have my body banging on all cylinders even as I began to feel a vague sense of unease coming over me. I climbed higher until I located a trail that ran across the ridge and again stopped to catch my breath.

I looked around and the habitat seemed perfect for hooded warbler, which is a species that is generally easy to find but for some reason I’ve been unable to locate even as a possible breeder on that particular block. But while I listened to the birds, the unease that I felt seemed to grow stronger and I decided to turn around once I got to the top of the ridge. But when I followed the trail around a bend I came face to face with a black bear cub.

Now, I’ve seen bears before and have hiked in Montana, where grizzly bears are present, but a surprise encounter with a cub can freeze the blood in ways that nothing else can because it’s knowing that an adult is somewhere nearby. You may be between the two and, if you are, there may be trouble.

My instinctive reaction was to wave my arms to make myself look larger than I am and to backtrack as quickly and as safely as I could, since the last thing I needed was a sprained ankle more than a mile from my vehicle. My last glimpse of the bear was that it too was beating a hasty retreat and, fortunately, I did not encounter the adult.

I can’t say whether the unease that I felt was somehow associated with my proximity to the bear, but I’d like to think that buried somewhere deep in human nature is the ability to sense that kind of danger. But as I made my way down the side of the ridge, I reminded myself that I’ve known many more people who have suffered serious and unprovoked attacks by dogs than people who have been attacked by bears in the wild.

And since that particular area helped me confirm four species of birds on a single day, partly because of the very clean and selective way that it was logged, it may be that if I find myself in that area again it will be with the knowledge that I’m sharing it with Yogi and Booboo, both of whom call it their home.

And don’t be intimidated by all the organizational names; anyone can do it as long as you like to pay attention to what you’re seeing.

Images of some of the birds mentioned here can be seen at: https://www.flickr.com/photos/meadowsteward/