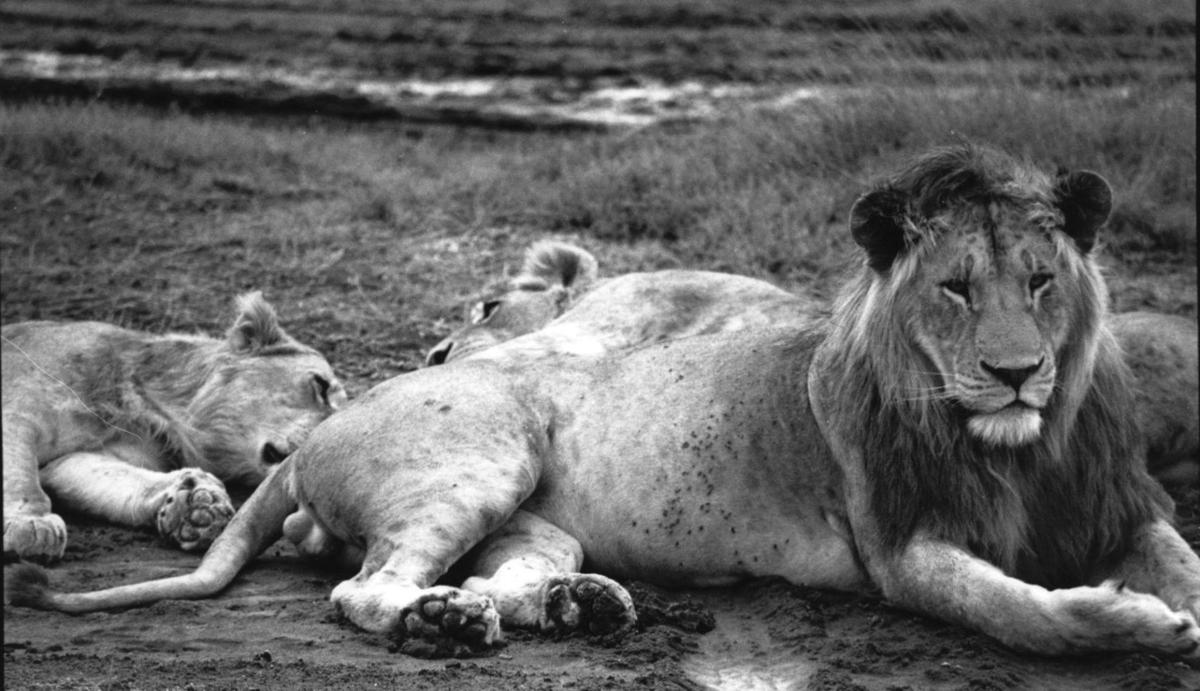 A male lion is indifferent to safari vehicles and clicking cameras. 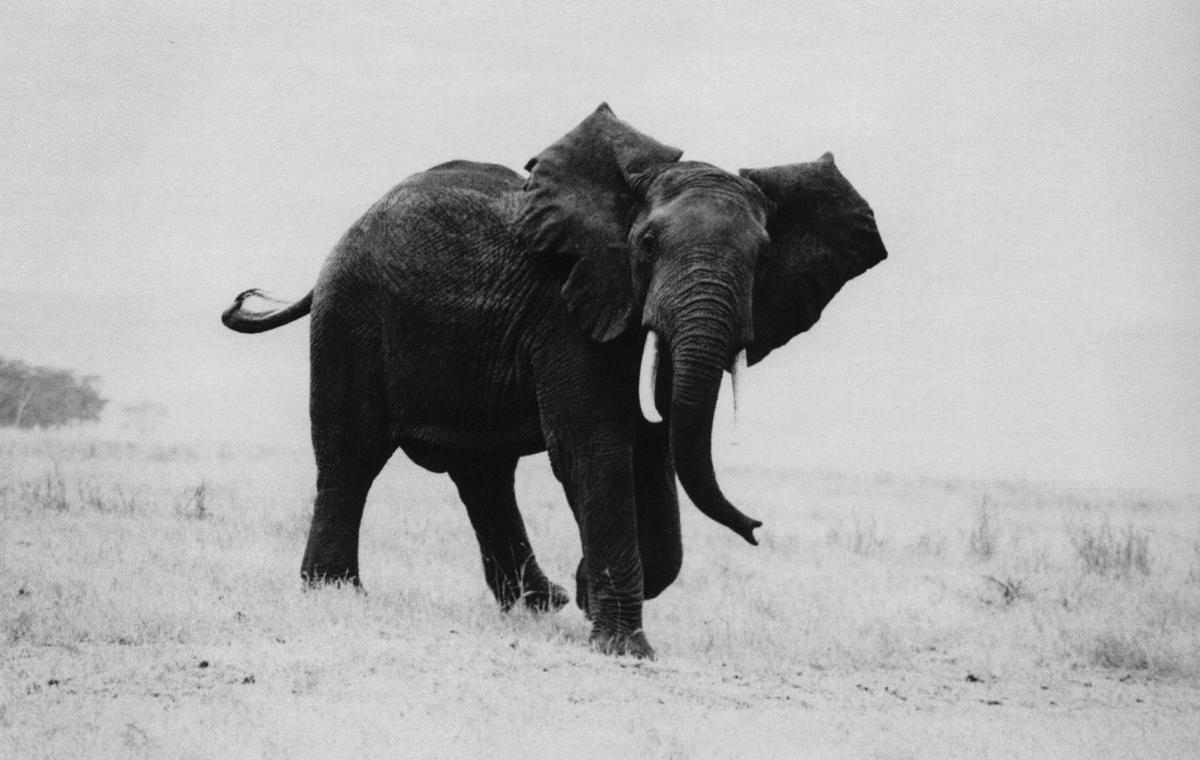 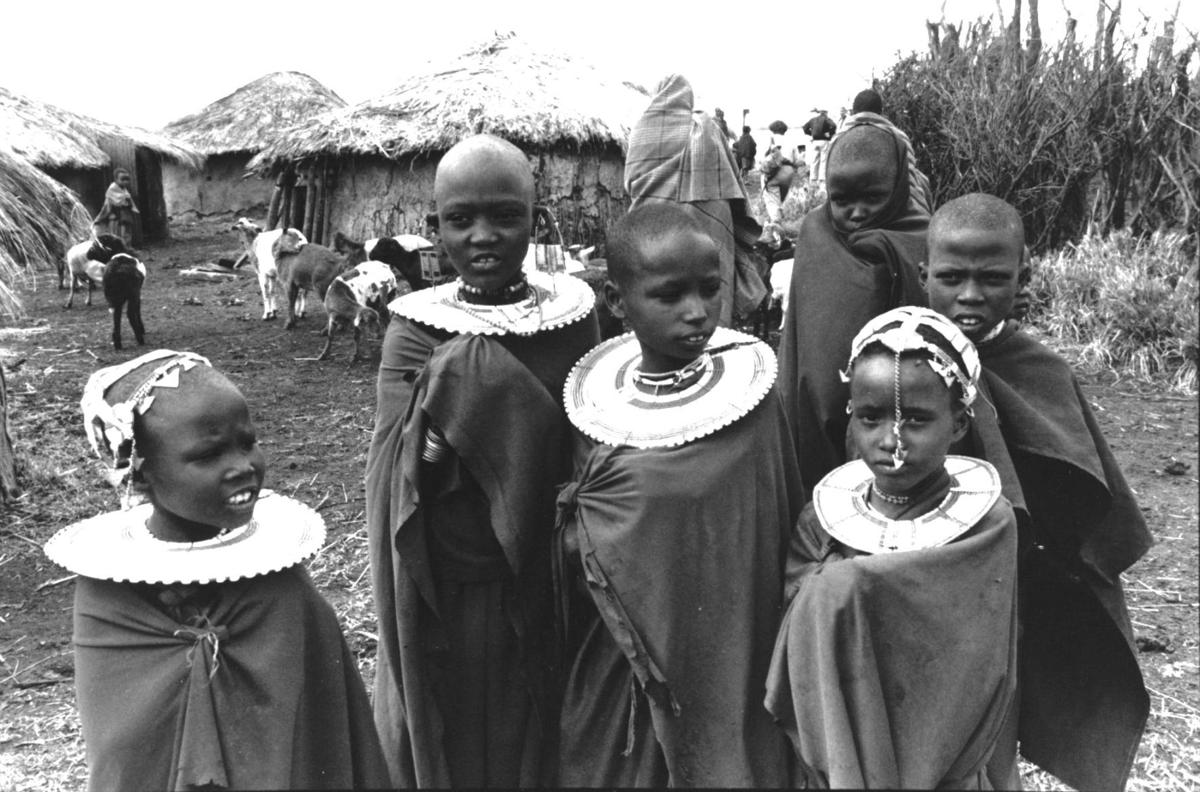 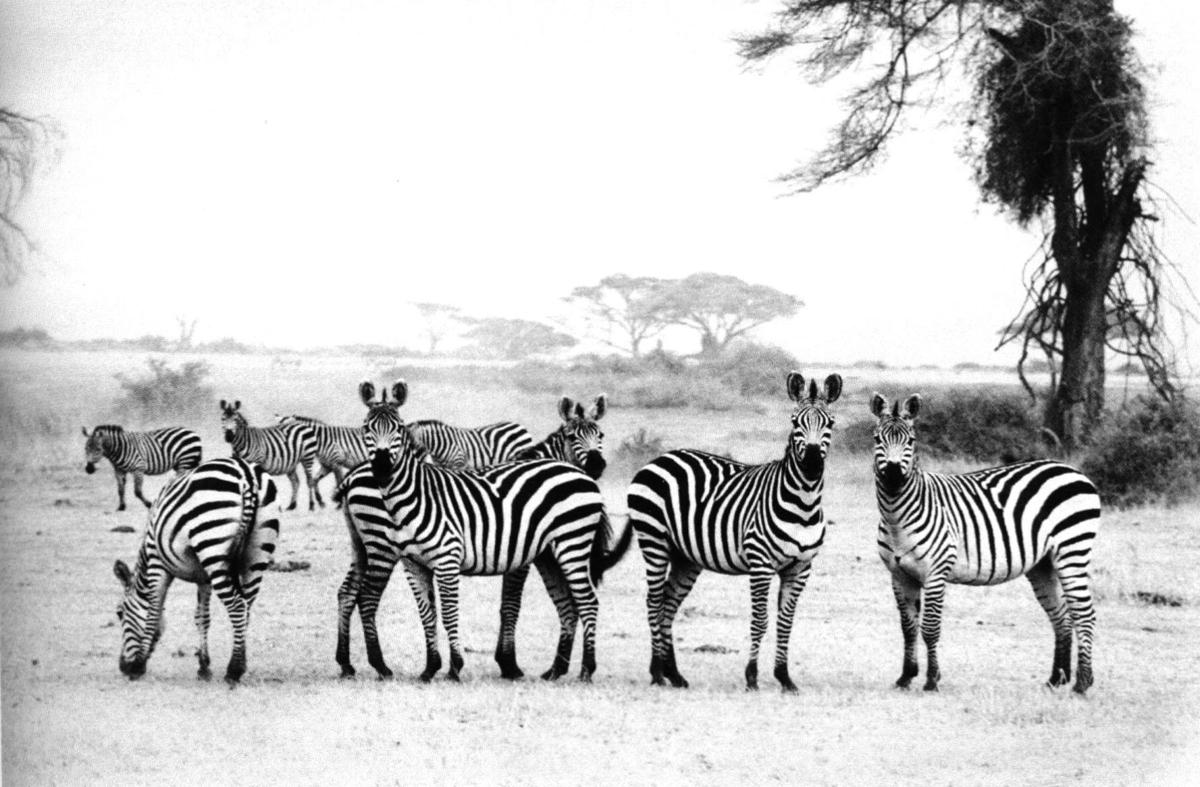 {span}Herds of zebra predominate on the plains of East Africa.{/span} 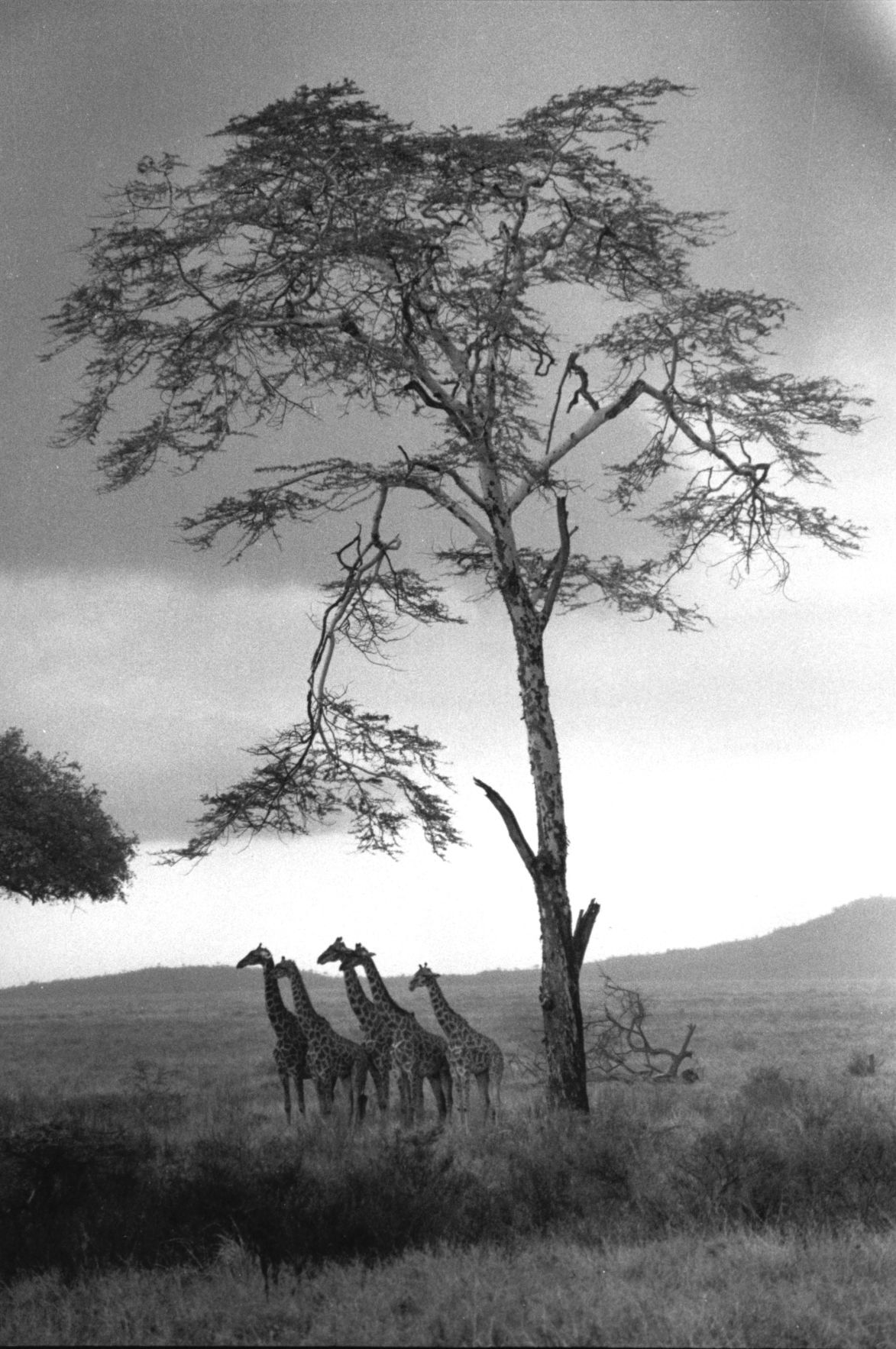 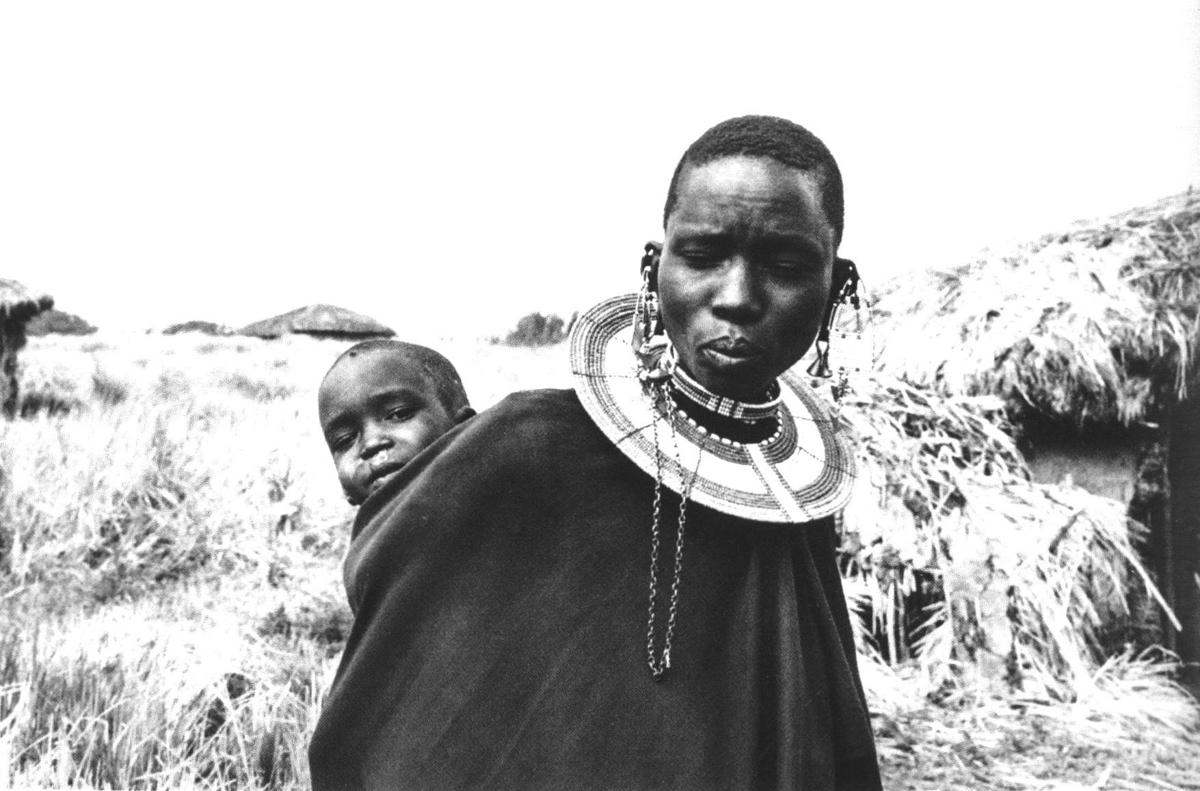 {span}Native tribal people like these Maasai are a common sight in Kenya’s outback.{/span}

A male lion is indifferent to safari vehicles and clicking cameras.

{span}Herds of zebra predominate on the plains of East Africa.{/span}

{span}Native tribal people like these Maasai are a common sight in Kenya’s outback.{/span}

I fly south at dawn above the basin of the Nile on a route from Cairo and Khartoum to Kenya’s Great Rift Valley, a 40-mile-wide trough of grass and scrub. The dull gray glint of the valley floor soon gives way to a luminous wash of copper tan.

Every fold and hummock is picked out in shadow. Sunrise fills the sky. The empty and austere African veldt pales to the color of a lion’s skin.

I have come to Kenya to take part in one of the last great travel adventures: a journey across an upland plain in search of lion, elephant and antelope, with nights under canvas in unfenced wilderness camps protected from game by perimeter fires and spear-carrying watchmen.

There are 10 in our party. Our guide is a tough young outdoorsman named Simon Zola. At an introductory briefing in a Nairobi hotel — safaris begin and end in the Kenyan capital— he covers the essentials

“Don’t take pictures of people without their permission. Don’t walk barefoot. Don’t under any circumstances wander away from camp unescorted.”

He describes the amenities: a staff of 12 to look after us; spacious walk-in tents, each with a shaded veranda at one end and a discreetly partitioned latrine and bucket shower at the other.

“The toilet is a hole in the ground with a seat over it,” he says matter-of-factly. “We call it a long drop.”

There is a hint of a smile, nothing more. I like him instantly.

From Nairobi, our road south furrows the flat, grassy heartland of equatorial East Africa. We travel in a convoy of three four-wheel-drive Toyota Land Cruisers.

There are no more than four passengers to a vehicle. The drivers, all with long experience in rough terrain, double as mechanics and game spotters. Simon rides in the lead.

At Namanga, on Kenya’s border with Tanzania, under the loom of Mount Kilimanjaro, we strike off east to the western edge of a gritty and gullied game reserve, Amboseli National Park. The staff has preceded us and set up camp in a wood of umbrella acacias.

There are olive-green tents with zip flaps. They contain night tables, comfortable cots, director’s chairs. Close by are a dining tent and a kitchen tent. From a propane burner and wood-fired iron box, Toto, the cook, will produce daily miracles: delicious soups, savory roasts, masterful puddings and pies.

At 5:30 in the morning, it is still dark. Outside my tent a pressure lamp has been lit and a wash basin filled with hot water.

The air is cool. The dawn is an ashen smudge as we set off in the Land Cruisers, ceiling hatches open for game viewing. Soon the day brightens. Kilimanjaro rises clear and massive in the early light. Its frozen cap gleams.

We scatter shoals of zebra and wildebeest. Giraffe amble across our path with their queer hobby-horse gait.

We see a cheetah tear at the belly of a fresh kill, a once-graceful gazelle fawn. On the limb of a dead tree, two vultures hunch their dark shoulders. They wait, patiently, for the cheetah to feed and depart.

We push through juniper scrub and high elephant grass. We see glossy ibises and white-headed fish eagles. A huge bull elephant kicks a ponderous forefoot at tussocks of grass, loosening the soil.

We have become spectators in a diorama of prehistory. For hours, enthralled, we stand in the hatches of our vehicles and look out upon the unfolding tableau of morning on an African plain.

Seroni, like all the camp watchmen, is a Maasai warrior, or moran. He belongs to a tribe with a legendary reputation for physical courage. He is tall and slender. The lobes of his ears have been stretched into misshapen loops. He wears garlands of beads around his neck and wrists. He wears a cloak of red plaid.

In one hand he carries a broad-bladed spear, in the other, a knobkerrie of carved hardwood. He calls it a rungu. I say, “knobkerrie.” He laughs, repeating the word very slowly.

In the afternoon he beckons me to follow him. We leave camp and trek across the plain. We come upon the tracks and spoor of animals.

“Swala,” he says, pointing to a cloven hoof print. This is the Swahili word for gazelle. “Tembo” — elephant. We do not see the splayed pad of simba, or lion.

For the first time I notice the decorative scarring of Seroni’s shoulder, a ladder of glazed skin. We round his mud-hut village but do not enter, then retrace our steps to camp.

Our group shakes down into safari routine. Days invariably begin with a long game drive, followed by breakfast, lunch and a siesta in camp. Then out again for a second, longer, ramble in the bush.

As light drains from the sky we return for hot showers and for drinks in front of a roaring log blaze.

Supper is around 8. The dining tent, lit by candles and pressure lamps, shimmers with crystal and starched napery. Over mushroom soup or gooseberry pie we listen to the coughs and chuffs of nearby wildlife.

A zebra barks. A hyena screams. Wind sweeps across the plain, carrying with it the pungent odor of dung and hot dust.

With our camp gear following in a convoy of trucks, we cross the Mau Escarpment and Loita Plain to a 600-square-mile grassland steppe, the Maasai Mara, one of Africa’s richest repositories of wild animals.

Tents are pitched in an olive grove on the west bank of the Mara River, running brown with silt. It is February — height of the dry season — but the rains have come early. The track out of camp has washed away. Seeking game, our vehicles now splash overland through a morass of mud and grass.

The first flush of dawn shows a clearing sky. Dew glitters on the tips of grass stalks bent by the wind. We climb a ridge to firmer ground and the great plain opens in front of us, gold and green, silver and straw. It stretches from a blunt escarpment in the west to a scribble of blue hills in the east.

I am awed by these immense distances. The only sounds are those of the wind and birdsong. The high plateau is fragrant with the scent of herbs and grasses. The plain swarms with zebra, antelope and buffalo. At our approach, a gazelle leaps stiff-legged with fright. Crowned plovers dive on a jackal that has strayed too close to their nest.

Late in the day the wind strengthens. In the east the sky is electric blue. It is a menacing sky. In this vast wilderness we feel small and vulnerable. But Simon has promised us lion, and we push south to the river.

On a bluff above the Mara we spot our quarry. A big, mature lion with a full dark mane lies sleeping under a bit of scrub. A smooth-muscled female sprawls a few yards away. Sated with their morning meal, both beasts breathe rapidly, flanks heaving.

The female catches our scent. She rises onto her forelegs. A second female — half hidden in the grass — is up with four cubs.

The male now blinks, yawns, bares fangs like scimitars. He plays to the gallery. He rubs a yellow eye with his right forefoot. He licks his paw. Then, tiring of our attention, he ambles off to join the pride.

The sky in the east turns blue-black. Rain gusts in sheets across the plain. Simon shouts to the drivers in Swahili: “Twende!” — “Let’s go!”

The drivers start their engines and we run for camp.

(Alan Littell is a longtime contributor to the Times Herald. He lives in Alfred.)