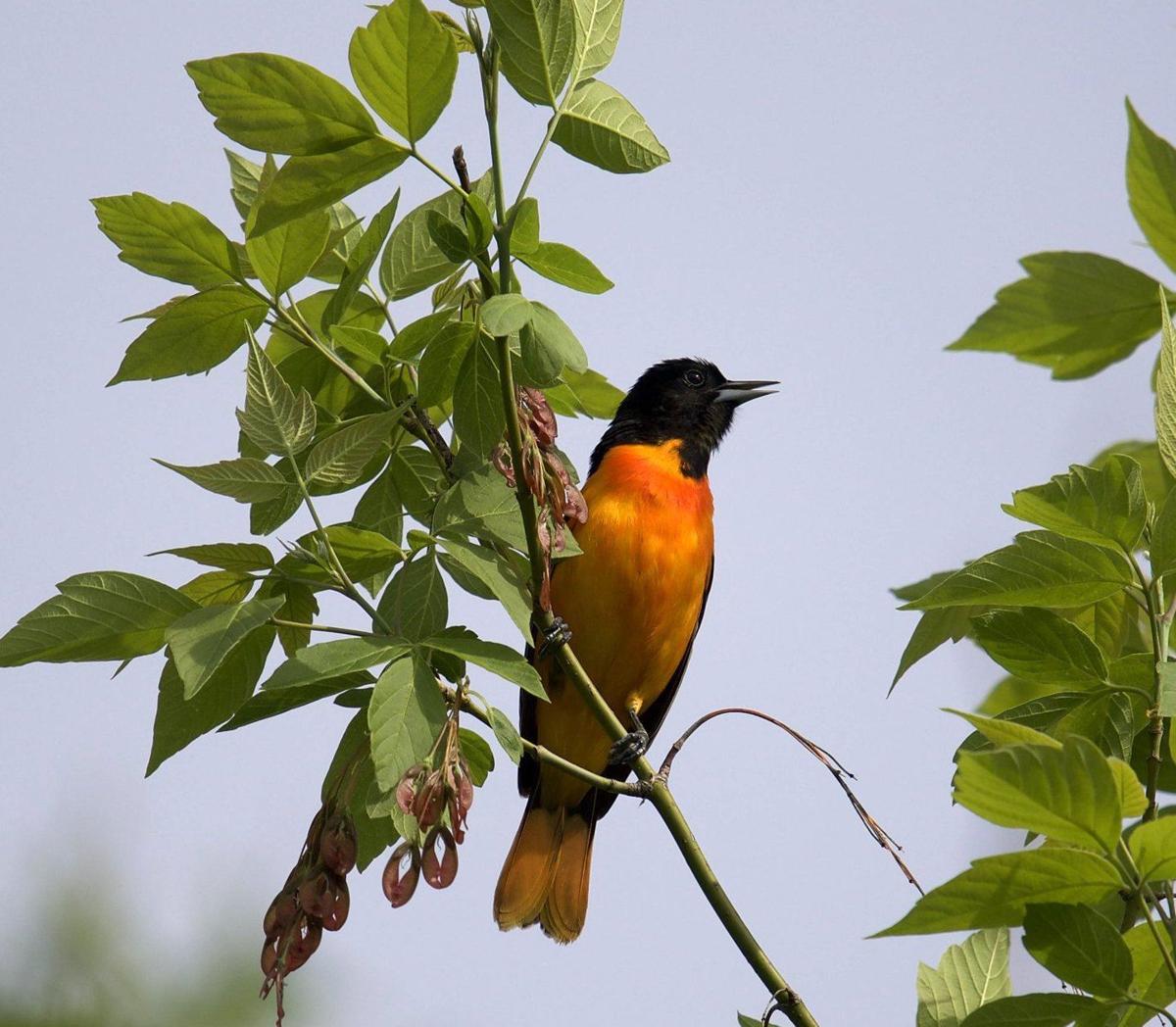 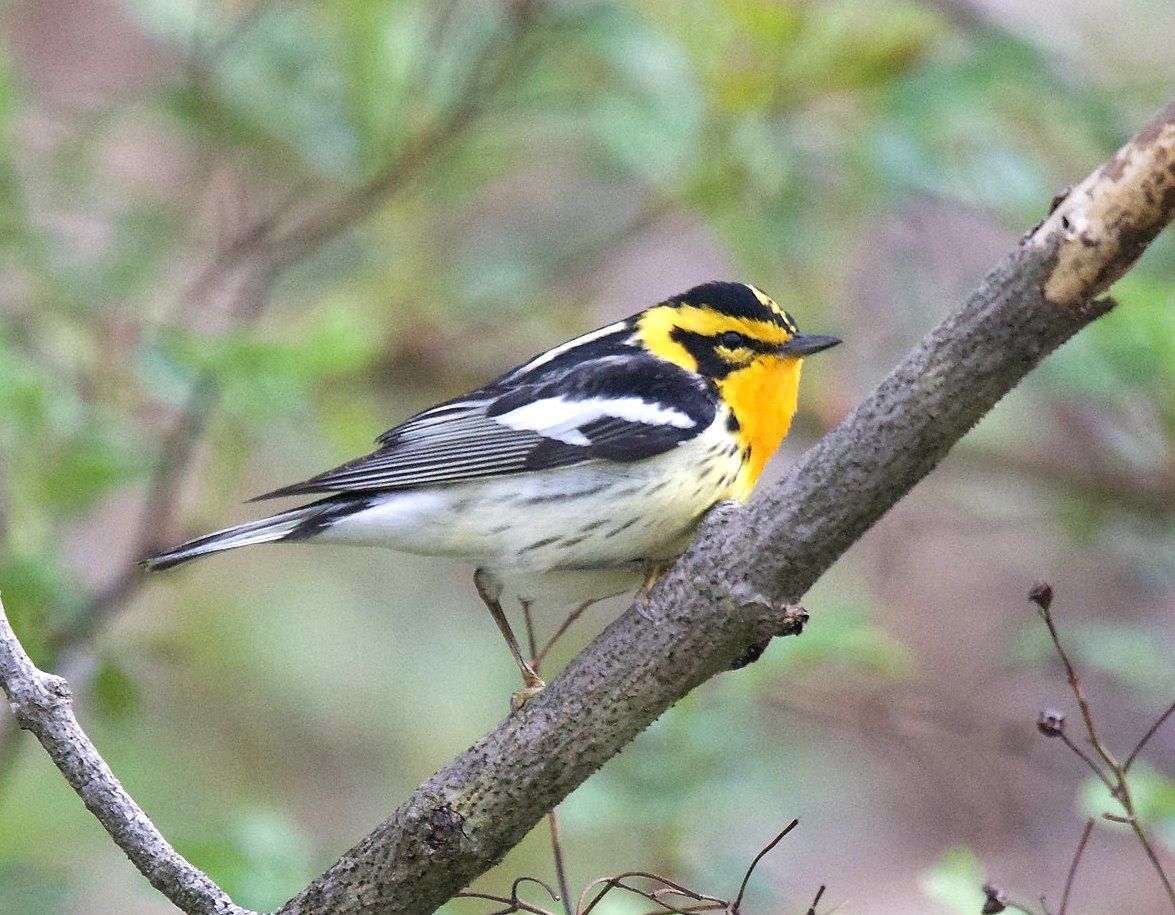 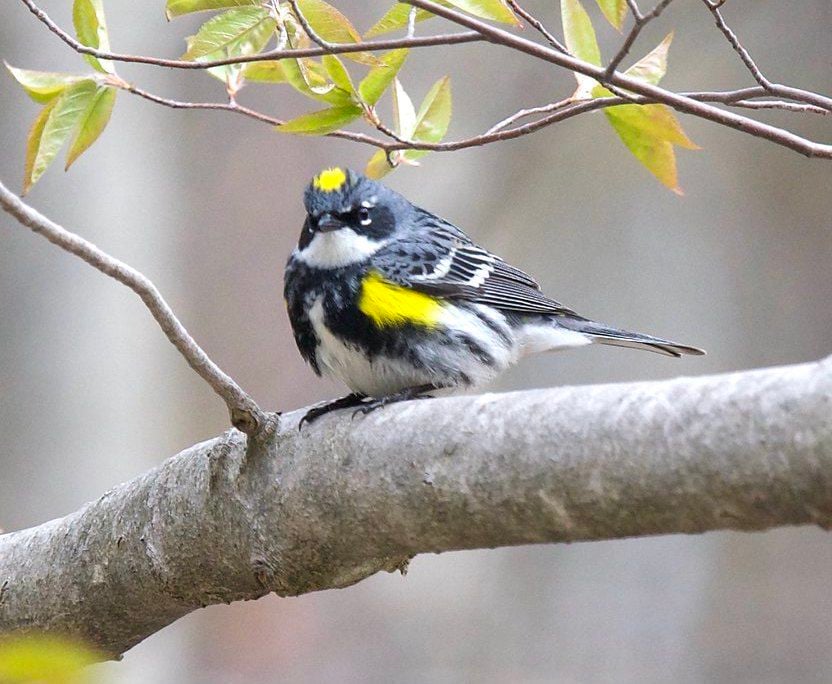 As I’ve said here before, May is the month that many of us look forward to all year. The reason is that, generally speaking, May is when our most colorful songbirds begin pouring out of the night sky into our trees, bushes, lawns, fields and feeders.

It’s a time when even the most determined late morning sleepers force themselves to get out of bed so they can be outside before dawn to see and hear the return of these colorful little birds that show up wearing their newest and brightest feathers. Or not.

The expectations that hard-core birders feel in the days and weeks leading up to the arrival of the first Baltimore oriole or the first indigo bunting is offset only by the realization that maybe we overslept or our favorite hotspot has turned cold. And that’s to say nothing of our concern that maybe the relentless burning of the tropical rain forests in pursuit of cheap coffee has so devastated the birds’ wintering grounds that they couldn’t put on enough fat reserves to make the long flight over the Gulf of Mexico and they’ve dropped into the ocean.

And it may be that the decline of certain species of tropical birds is what motivates us to get outdoors as much as we can in May or to make sure we put out orange slices and fill our hummingbird feeder to provide energy for Baltimore orioles and ruby-throated hummingbirds.

And while each of us hopes we see a bird this year that we’ve never seen before, it’s being present in a whirlwind of activity — even if the birds are relatively common — that is more exciting for me as I get older and so I plan each day and think about each hotspot with that in mind.

First, there’s Presque Isle State Park in Erie, Pa. Since weather systems play an important role during songbird migration, I check to see if there’s a late season Canadian cold front forecast to cross the region after several days of warm southwest winds. If there is, I’ll head to Presque Isle.

The cold front pins the birds down because they don’t like to fly into a headwind so they remain in Presque Isle to put on fat reserves. And since so much of the Lake Erie waterfront is built up, the birds are funneled into this remaining patch of relatively unspoiled nature.

Presque Isle State Park is a relatively short drive from Olean and the experience can be unforgettable with a dozen or more species of neotropical migrants singing within the first hundred feet of the Sidewalk Trail. On one recent trip, summer tanager, black-throated green warbler, great-crested flycatcher, chestnut-sided warbler, black-throated blue warbler, magnolia warbler and Northern parula were all present within a few feet of the road on the Sidewalk Trail.

It’s not like that every year but if you get there when it is, you’ll never forget it. Plus, even if the conditions aren’t right, Presque Isle is such a beautiful location it’s hard to go wrong.

The Allegheny River Valley Trail between Gargoyle Park and St. Bonaventure University is another location that can be hot if you get there around dawn on the right day. Not only are you likely to see some of our regular nesters, you might also see a rarity or two, like summer tanager or yellow-throated vireo, which was heard for at least two years at the sharp bend where the trail meets the river.

The only problem with that area is that there is a lot of honeysuckle, which leafs out early, giving small birds an excellent place to hide from birders. In my experience, finding warblers, vireos, orioles and buntings in that area generally means looking up because the trees leaf out later than the honeysuckle and migrating birds are foraging for food in the form of insects, insect larvae and early caterpillars. And since native species of insects don’t “recognize” — for lack of a better word — nonnative invasive plants like honeysuckle, the honeysuckle provides very little in the way of insect food for migrating birds.

I also like our state forests with Pine Hill State Forest near Randolph, Golden Hill State Forest in Humphrey and Bush Hill State Forest in Farmersville being three of my favorites. Although May 2020 was unusual because of the cold rain and snow which held back the leafing out of trees I remember seeing hermit thrush, Swainson’s thrush, brown creeper, black and white warbler, black-throated green warbler, chestnut-sided warbler, pine warbler, yellow-rumped warbler, blackburnian warbler, magnolia warbler, American redstart, rose-breasted grosbeak, Northern parula and Cape May warbler in an area smaller than my garage.

It’s that kind of whirlwind of activity in the middle of a state forest that is both unusual and unforgettable that keeps me going back year after year.

Another area that I like is my backyard. I’m fortunate to live in a location that has two feeder streams to the Five Mile Creek and both have small waterfalls, although one is manmade by a sluice pipe. For songbirds migrating at night, the sound of water is a powerful lure not only because they need water to drink but also because they use the water to bathe in and cleanse their feathers. Plus, where there’s water, there’s generally food, particularly if fruit trees have begun leafing out. Over the years I’ve had Tennessee warbler, Wilson’s warbler and orange-crowned warbler as well as the more common species of warblers in my yard.

For people who don’t live near flowing water, it’s possible to hang a hose over a birdbath while letting the water drip into the bowl since birds will hear that and be drawn to the sound. Some companies even sell bird baths equipped with a dripper or a mister. If you do something like that make sure it’s high enough to thwart roaming cats.

But whatever you choose to do, May is the time to do it.

Images of some of the birds mentioned here can be seen at: https://www.flickr.com/photos/meadowsteward/.