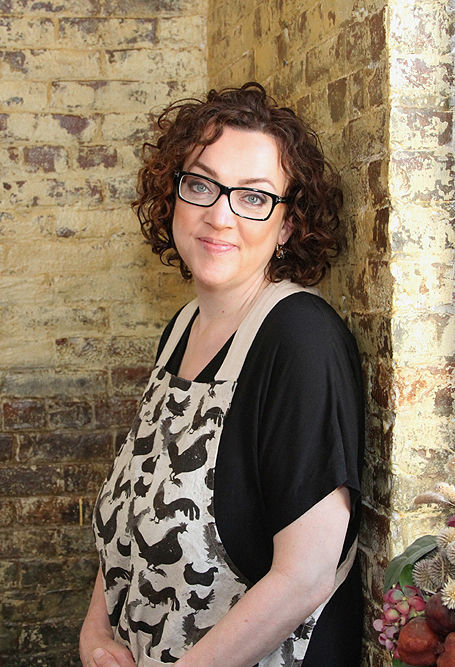 Otto native Stacy Dermont co-authored a cookbook featuring The Hamptons. She lives in Sag Harbor on Long Island with her husband, Daniel Koontz. 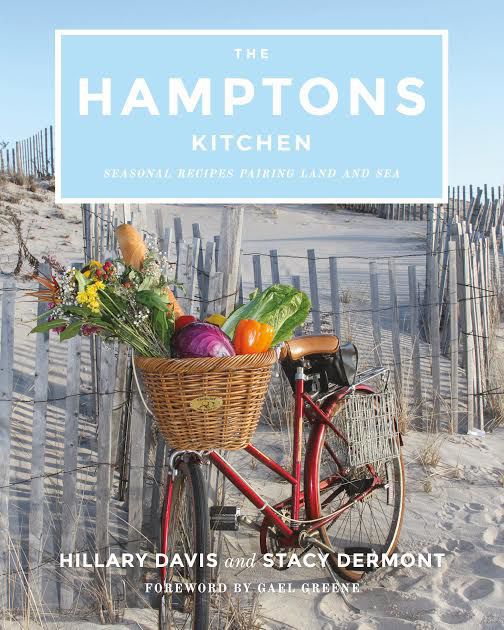 Otto native Stacy Dermont co-authored a cookbook featuring The Hamptons. She lives in Sag Harbor on Long Island with her husband, Daniel Koontz.

Stacy Dermont could not be happier with the release of her first book, a cookbook entitled, “The Hamptons Kitchen,” published by Countryman Press, a division of W.W. Norton & Co.

She co-wrote it with a friend, Hillary Davis, who has authored four French cookbooks.

The Cattaraugus Central School graduate calls herself “a cookbook geek” who owns many volumes.

“I’ve always wanted to write one of my own and was very happy with the way the book came out,” Dermont said by phone from her home in Sag Harbor. “The Hamptons Kitchen” is currently the top-selling regional cookbook in the Mid-Atlantic states and is also a guide to the East End of Long Island.

After high school graduation, Dermont attended SUNY Brockport. While there, she met her husband, Daniel Koontz who studied at Eastman in Rochester then received his graduate degree from Stony Brook, which is on Long Island. When he accepted a teaching position at Southampton College, they decided to live in the Hamptons. They’ve been there 20 years.

“It was somewhat rural, so that appealed to me, growing up in Cattaraugus County,” said Dermont. “I didn’t know much about the area but it turns out, it’s the playground for the rich and famous!” She adds that she is neither and has held jobs in the area including 15 years as an editor for “Dan’s Papers,” a weekly publication. “I was reviewing restaurants and writing about wine and such,” Dermont said.

She and her husband were raising their son and embracing the country lifestyle when she encountered the Sag Harbor Farmer’s Market.

“There, I was answering people’s cooking questions, like, ‘What do I do with asparagus?’” she said. “A lot of people told me I had to write a cookbook, so that’s where the idea really got started.”

The cookbook features seasonal offerings, giving an insider’s view of local producers in the Hamptons, including contact information, and what is in season. Noted food critic Gael Greene wrote the Foreword for the book. Davis penned an introduction and Dermont wrote about local wine, calling the Hamptons one of the best places to make wine, attributing it to the quality of the water and the sun and other factors.

“This is a more holistic book than I have seen in other farm-to-table offerings,” noted Dermont, who said they showcase smaller protein portions on the plate with various seasonal vegetables filling it up.

“Even during the pandemic if you have been trapped at home—or anytime—you can have a little piece of the Hamptons wherever you are,” she said.

The book includes lobster dishes, which Dermont says are very popular but hard to get locally anymore. It includes some of her Western New York influence as well, such as her great-great-grandmother’s apple pie, alongside a striped bass recipe and a lobster roll featuring a lot of meat on a hot dog bun that she said has been part of Long Island cuisine for more than 300 years, served warm with butter and rice wine vinegar.

The cookbook released April 7, in the middle of the pandemic, which prompted the cancellation of plans to travel and do signings. Dermont said each author worked on 50 recipes and spent most of last summer on the project, which kept her from traveling home to Otto to see her parents, Dr. Keith C. and Diane Carini of Otto and Thomas and Kelly Dermont of Findley Lake, or other family members and classmates. She typically returns in August and at Christmastime, and planned to make a trip this August to include book signings and promotion but said she likely won’t be traveling until there is a vaccine for the coronavirus.

“I was so homesick last week, it hurt,” she said. “August is when it’s the most beautiful Upstate.” Plus, she can poke around the farmer’s markets for seasonal offerings and ideas.

After developing her share of the recipes, which by the way, includes a composting recipe since that, too, is big in the Hamptons, Dermont had family members testing them as well. This included her parents and her son, who now lives in Montreal.

“We were asked to add a few more recipes and I included a Strawberry Rhubarb Cake that I do,” she said. “My grandmother always made Strawberry Rhubarb Pie, but I didn’t love the texture and said I was going to make a cake out of it.” She did just that and calls it, “really yummy” with jam layers between the cake.

Her fondest wish is that the book will serve as a guide to other regions toward developing holistic, seasonal cookbooks, one of which she would love to write within a couple of years featuring Western New York.

“It wouldn’t be all chicken wings,” she said and laughed. “Although certainly there would be some of those. I’d love to see a Beef on Weck recipe and I have some files of my mom’s including her potato salad. I also think we need to bring back cream beef on toast in this cookbook. And Sauerkraut Chocolate Cake.”

Dermont thinks that one came from the 1970s and said no one seems to remember it. She figured out a recipe of her own where the sauerkraut is rinsed and thoroughly dried then added to chocolate cake ingredients. “I never tell anyone. I make them guess,” she said. “Most guess coconut because of the texture. It adds moisture to the cake.”

She is also at work on a novel and said her Thursday writer’s group tells her she’s quite humorous as they’ve read portions of her work.

“I don’t know the title yet, but it’s about a farm family on Long Island,” she said. “It deals with a lot of pressures we deal with out here such as development and preservation. My main character is a food blogger, and I know something about that. It will have a happy ending.”

She unexpectedly found herself being an “essential worker” after starting a winter part-time job with a health food store that also sells groceries.

“I thought I’d be too busy this summer with the book, but I’m working full-time right now,” she said. “It’s with gloves and mask and heavy-lifting, but I’m happy to do it.”

The authors of “The Hampton Kitchen” look forward to their first book signing soon at the Sag Harbor Farmer’s Market on July 4.

“I’m very excited about that,” Dermont said, especially following the shelter-in-place confinements of the pandemic.

The book is available online at Amazon, B&N and other sites as well as local bookstores. There is also a digital version. The author plans to donate a few copies to local schools and libraries once she can travel back to the area.