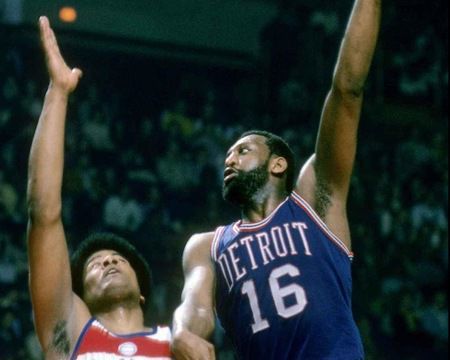 St. Bonaventure basketball legend Bob Lanier, pictured here playing for the Detroit Pistons, made ESPN’s list of the top 74 players in NBA history, checking in at No. 71. 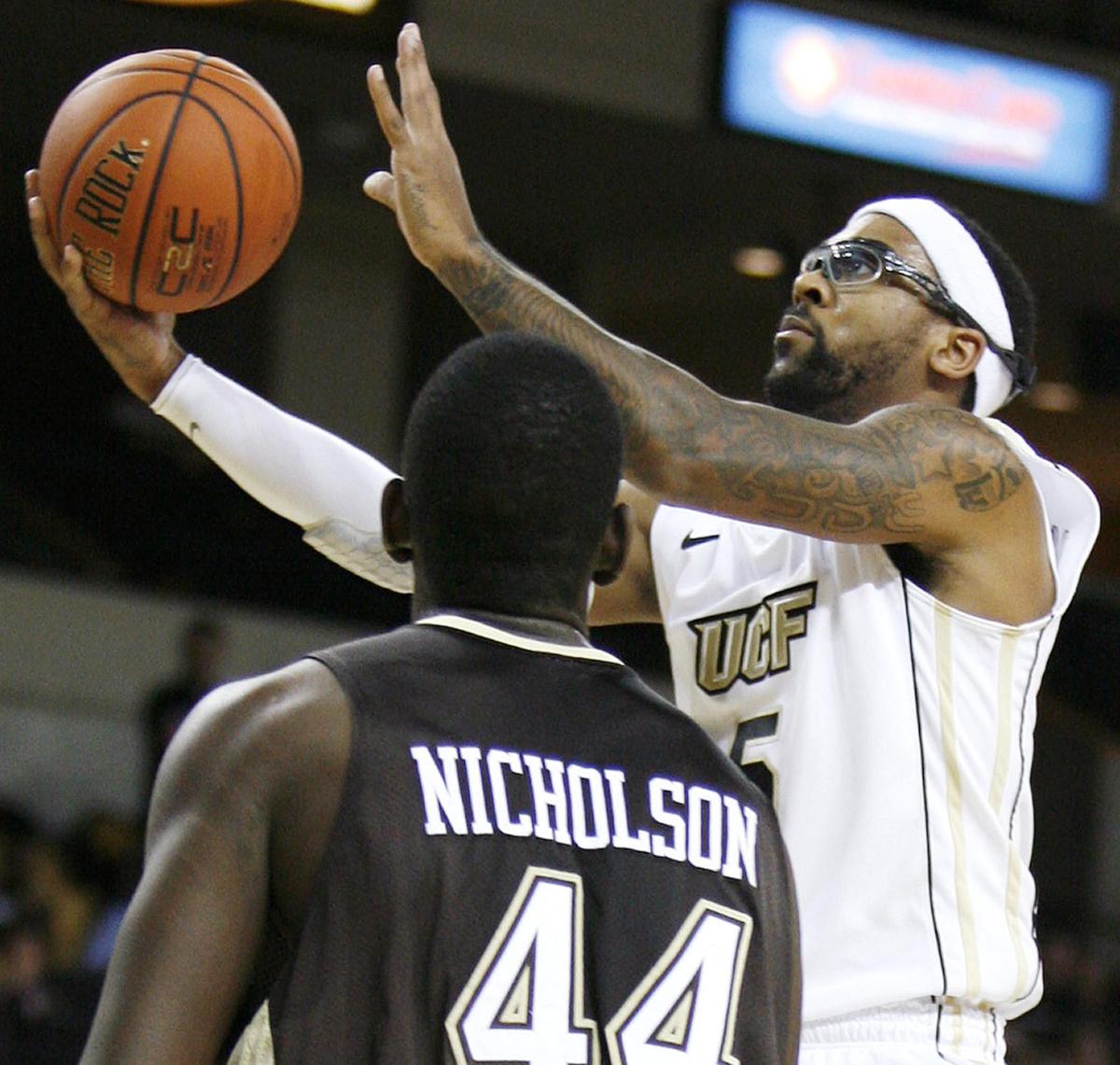 Central Florida’s Marcus Jordan, the son of NBA legend Michael Jordan, shoots over St. Bonaventure’s Andrew Nicholson during the first round of the CBI basketball tournament at UCF Arena on March 16, 2011, in Orlando, Florida.

St. Bonaventure basketball legend Bob Lanier, pictured here playing for the Detroit Pistons, made ESPN’s list of the top 74 players in NBA history, checking in at No. 71.

Central Florida’s Marcus Jordan, the son of NBA legend Michael Jordan, shoots over St. Bonaventure’s Andrew Nicholson during the first round of the CBI basketball tournament at UCF Arena on March 16, 2011, in Orlando, Florida.

ST. BONAVENTURE — Bob Lanier, presumably, just missed the cut when the NBA announced its “50 Greatest Players” back in 1996.

Born out of the need for content due to the COVID-19 pandemic, ESPN recently undertook the task of ranking the top 74 players in NBA history — choosing that number due to the fact the NBA is currently in its 74th season — revealing its list in three parts, from No. 74 to No. 1.

Lanier checked in at No. 71, ahead of familiar names Artis Gilmore, whom Lanier never got a chance to go head-to-head with in the 1970 Final Four, Dikembe Mutombo and current Portland star Damian Lillard.

Not that the “Big Cat” needed more praise for what he accomplished on the basketball court. Lanier, after all, is a Hall-of-Famer. But it was nice to see his name on such an esteemed list and to be remembered as one of the game’s all-time greats so many years later.

Bona fans, of course, will never forget what he meant to their program, how he led the Bonnies to a top three ranking and the NCAA Final Four in 1970. What some might not so easily remember, however, is the fact that he averaged an impressive 20 points and 10 rebounds for over a decade in the NBA.

“AN INJURY in the Elite 8 in 1970 while playing for St. Bonaventure led to the first of Lanier’s eight knee surgeries during his career, and it sapped him of some of the athleticism that made him the No. 1 pick in the 1970 NBA draft,” his entry at No. 71 read. “But he still managed to make eight All-Star appearances, seven of which came with a Pistons team that mostly toiled in obscurity in the ‘70s, before winning five-straight division titles with the Bucks in the early-1980s.”

Perhaps it was St. Bonaventure’s stifling defense, which surrendered a mere 16 points per game that year.

Maybe it was that Carl Taseff was playing too well for anyone else to stand out. Whatever the reason, Don Shula’s performance that day was … forgettable.

Shula’s passing earlier this month recollected the fact that the bygone Bona football team once lined up against the legendary Miami Dolphins coach — on Sept. 16, 1950, while the latter was a senior halfback at John Carroll.

Behind sophomore quarterback Ted Marchibroda, who tossed a pair of touchdown passes, Bona got the best of JC, securing a 27-19 season-opening victory before 10,000 fans at Forness Stadium. And it not only got off to an ideal start in an eventual 7-2 campaign, it essentially shut down Shula along the way.

A WEEK AGO, we ran a story on a Bona connection to the popular “The Last Dance” documentary: Former standout Barry Mungar’s experience with one of the series’ central figures, Dennis Rodman.

Bona also has a link to the protagonist, Michael Jordan.

Jordan had a team-best 18 points, four rebounds and two steals to key the Knights to a 69-54 victory. He was the second-leading scorer (and probably second-best player) in that game, behind only Bona star Andrew Nicholson, who finished with 20 points.

Jordan, interestingly, played only one more season at UCF before leaving the basketball team and finishing out his collegiate career as a regular student. Bona, of course, would build upon its CBI appearance by winning the Atlantic 10 Tournament title and qualifying for the NCAA Tournament a year later.

The elder Jordan’s children, who have been mentioned in the doc, are among the millions who have been watching each Sunday, revealing that it’s been as eye-opening to them as it has been for everyone else.

Marcus recently reflected on “The Last Dance” in an interview with a Chicago TV station.

“Not only is it great for young kids who never got to see my dad play, it’s also good for those that did follow along, but didn’t really understand what was going on behind the scenes,” he said.