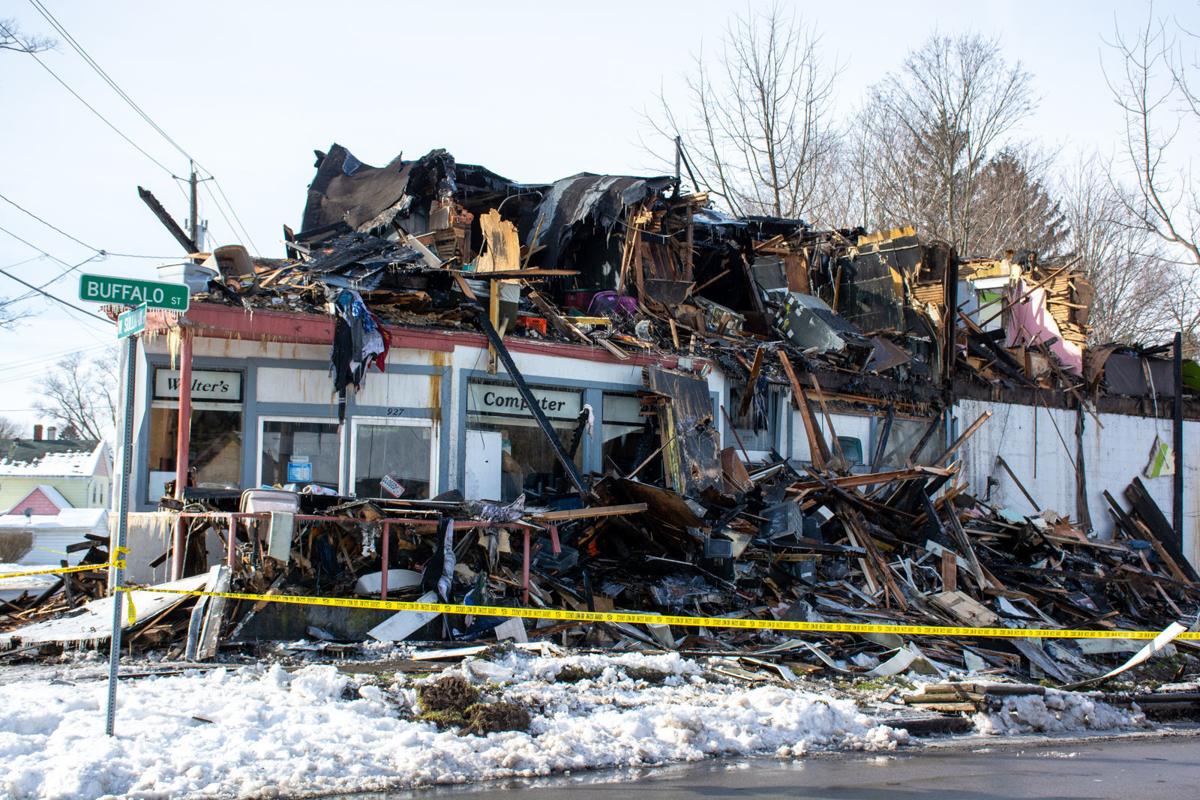 The building at 927 Buffalo St. remained surrounded by crime scene tape after the fire Tuesday. 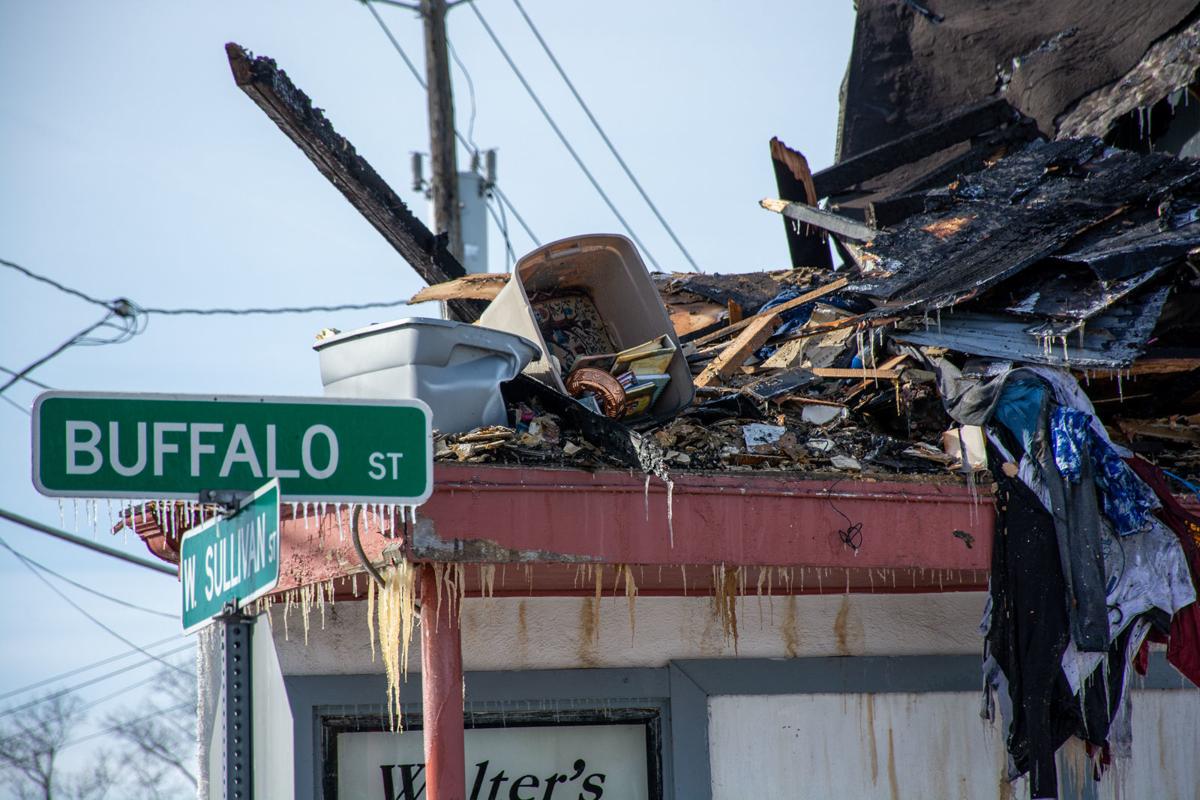 Icicles caused by the spray of fire hoses hang off the street signs and building at 927 Buffalo St. on Wednesday following a fire on Tuesday evening.

The building at 927 Buffalo St. remained surrounded by crime scene tape after the fire Tuesday.

Icicles caused by the spray of fire hoses hang off the street signs and building at 927 Buffalo St. on Wednesday following a fire on Tuesday evening.

OLEAN — The cause of a Buffalo Street fire that left several families homeless Tuesday night is still under investigation.

City firefighters reported Wednesday that no one was injured in the blaze that destroyed much of the large structure at 927 Buffalo St. Crews were on hand until well after midnight fighting the fire and investigating its cause.

The fire, which was called in around 7:20 p.m., initially appeared toward the rear of the structure and along the roofline, later flared out near the roof at the front of the building and created a hole in the siding near ground level along the Sullivan Street side, despite the efforts of two engines and two ladder trucks on the scene.

Firefighters from the town of Allegany and Westons Mills fire departments were called to the scene, while town of Olean and Hinsdale firefighters were on standby at Olean city fire stations.

“It’s a total loss,” said city Fire Capt. Mike Connelly, adding he did not know how many of the apartments were occupied. “Several families are left homeless, and the Red Cross is helping the fire victims. They were on scene last night helping out.”

Getting enough water in the biting cold — temperatures were in the teens at the time — proved a challenge, with firefighters relying on three hydrants.

“We had two hydrants that were frozen and we had some difficulties,” Connelly said. “It did slow our initial attack. It didn’t change the outcome, but it did slow us down.

“It was just a cold, very cold, night,” he said. “The caps were frozen on — we broke a couple of wrenches.”

A third hydrant allowed firefighters to get water onto the blaze, leaving icicles hanging from exposed rafters and nearby street signs the next day.

Survivors, raise your hand if you've noted every exit

Demolition is likely to be ordered, city officials said, giving the owner 10 days to demolish it or the city will do the job and bill the owner. The property was not insured, officials added.

The cost of demolition is expected to be high due to the size and composition of the structure — the 9,400-square-foot building has asbestos siding. It was built in 1960, at the peak use of asbestos for floor and ceiling tiles, as well as insulation. Abatement for such a large structure would run in the tens of thousands of dollars.

Previously, the building housed Stadtler’s Grocery. Before the fire, Walter’s Computer Plus occupied the storefront on the ground floor.

Tuesday’s fire was not the first time a major emergency response had been called to the site.

In March 2016, a man barricaded himself in an apartment in the house during an eviction, firing a rifle multiple times through the door and wounding a building caretaker.

The city’s code enforcement office also reported it has been called to the site more than a dozen times in the past 10 years, mostly for housing code and garbage violations.

According to Cattaraugus County property records, the structure is owned by Linda M. Barlett of 693 S. Union St. Barlett purchased the building from Community Bank, NA, in 1999 for $37,500. The property is assessed at $117,500. Records indicate Barlett owns 38 properties in the city, mostly rental structures. According to the city’s rental property database, the building had five apartments, in addition to the ground-floor commercial space.