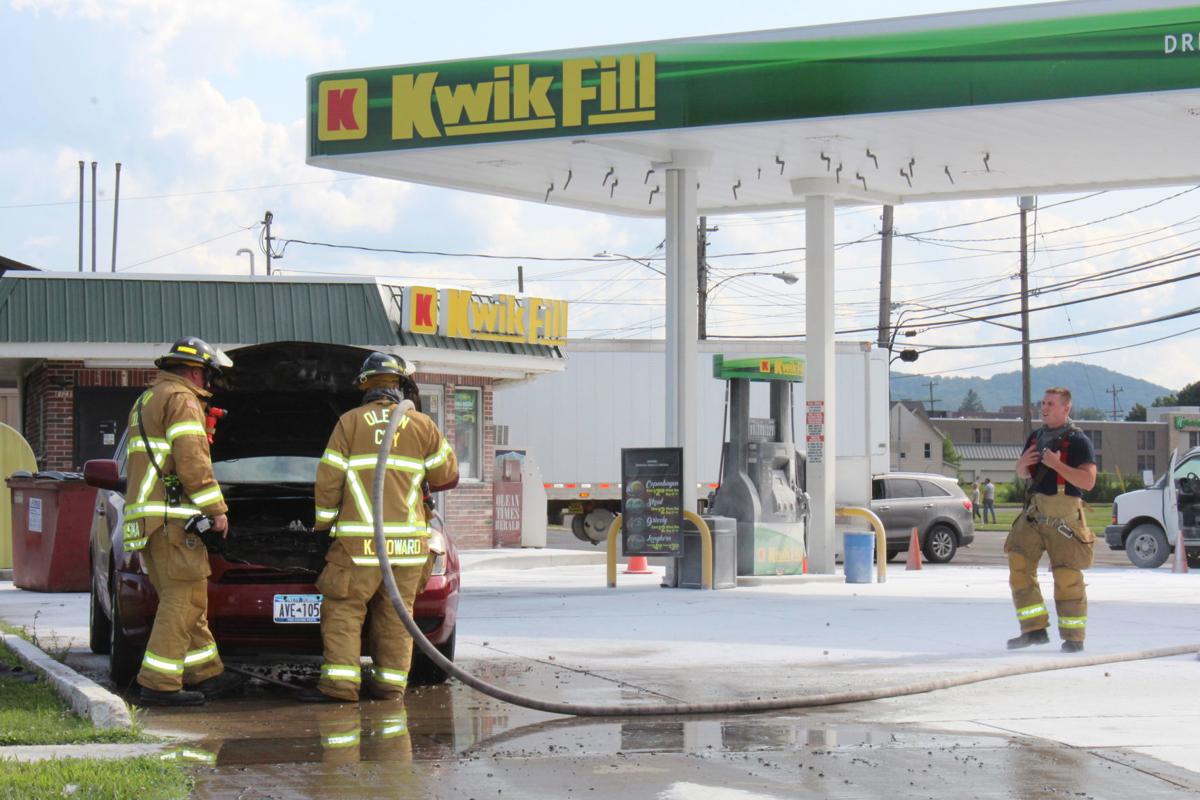 Olean firefighters check over the engine of a vehicle that caught fire Friday at the Kwik Fill on Main Street. The gas station’s fire suppression system blanketed the area in a white powder. 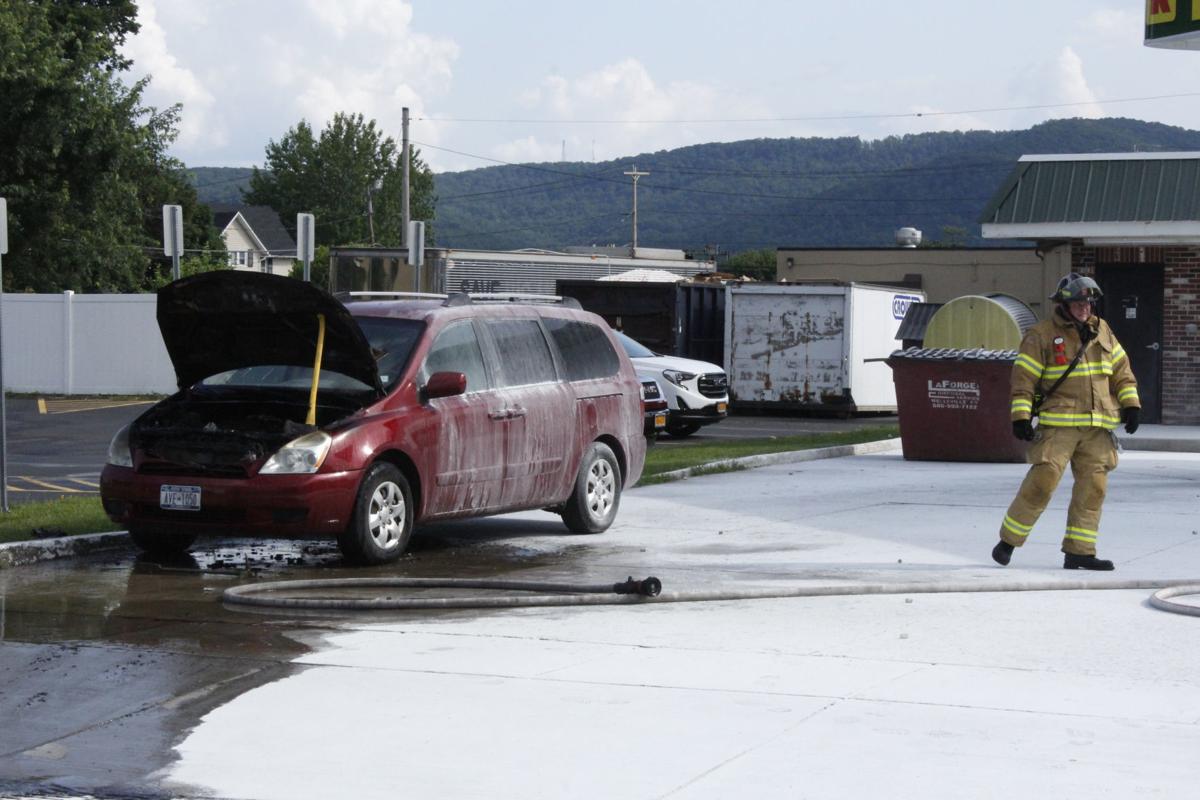 A vehicle caught fire Friday at the Kwik Fill on Main Street.

Olean firefighters check over the engine of a vehicle that caught fire Friday at the Kwik Fill on Main Street. The gas station’s fire suppression system blanketed the area in a white powder.

A vehicle caught fire Friday at the Kwik Fill on Main Street.

OLEAN — The Olean Fire Department extinguished a vehicle fire Friday at the Kwik Fill on Main Street, but not before the gas station’s fire suppression system blanketed the area in white powder.

However, the minivan was not parked under the gas station canopy and the dry chemical agent did not extinguish the flames. Firefighters then arrived on scene and used a handline to extinguish them.

“Obviously gasoline is quite flammable so anytime we get a call for a fire near a gas pump it can be more dangerous, but it’s really no different from any other fire,” said Zink, adding gas stations have emergency switches to shut down its fuel pumps as well.

No one was injured by the flames, but a few individuals on scene were exposed to the extinguishing agent and checked out by EMS personnel. Zink said they all refused transport to Olean General Hospital, which is located directly across the street from the Kwik Fill.

Zink said the minivan operator had pulled into the station to get some gas, but noticed an issue with the vehicle and spoke with a Kwik Fill employee. Zink said the operator left the scene prior to the fire and was not on scene when firefighters arrived.

He was still unsure of the driver’s identity and location about an hour after the blaze.

He noted the minivan was inoperable due to considerable engine damage and was still parked at the gas station when he left the scene.

Shannon Scott of Olean said she witnessed the fire and called 911. She was walking through the OGH parking lot across the street when she heard what she described as an explosion from the vehicle.

Soon after the station’s suppression system kicked into gear, creating a large white cloud of smoke that traveled into the roadway and into the OGH parking lot.

“It just happened so quick,” Scott said. “It was fire, and then all you could see was that plume of smoke. If you’ve ever seen an avalanche, that’s what it looked like.”

Scott just happens to run the popular “Where Are the Sirens Going” Facebook group, which local residents use to post about fires and other emergencies. She snapped a photo and posted it into the group.

“It was crazy,” she said. “I’ve never seen anything like it.”

It’s not the first time a fire suppression system has been set off at a local Kwik Fill.

In September of 2017, a driver unwittingly drove away from the Allegany Kwik Fill on West State Street with the gasoline nozzle still in his car. As the hose was ripped from the pump, gasoline poured onto the pavement and ignited.

The safety shower system activated and the Allegany Volunteer Fire Department sprayed water and foam to knock down the blaze.