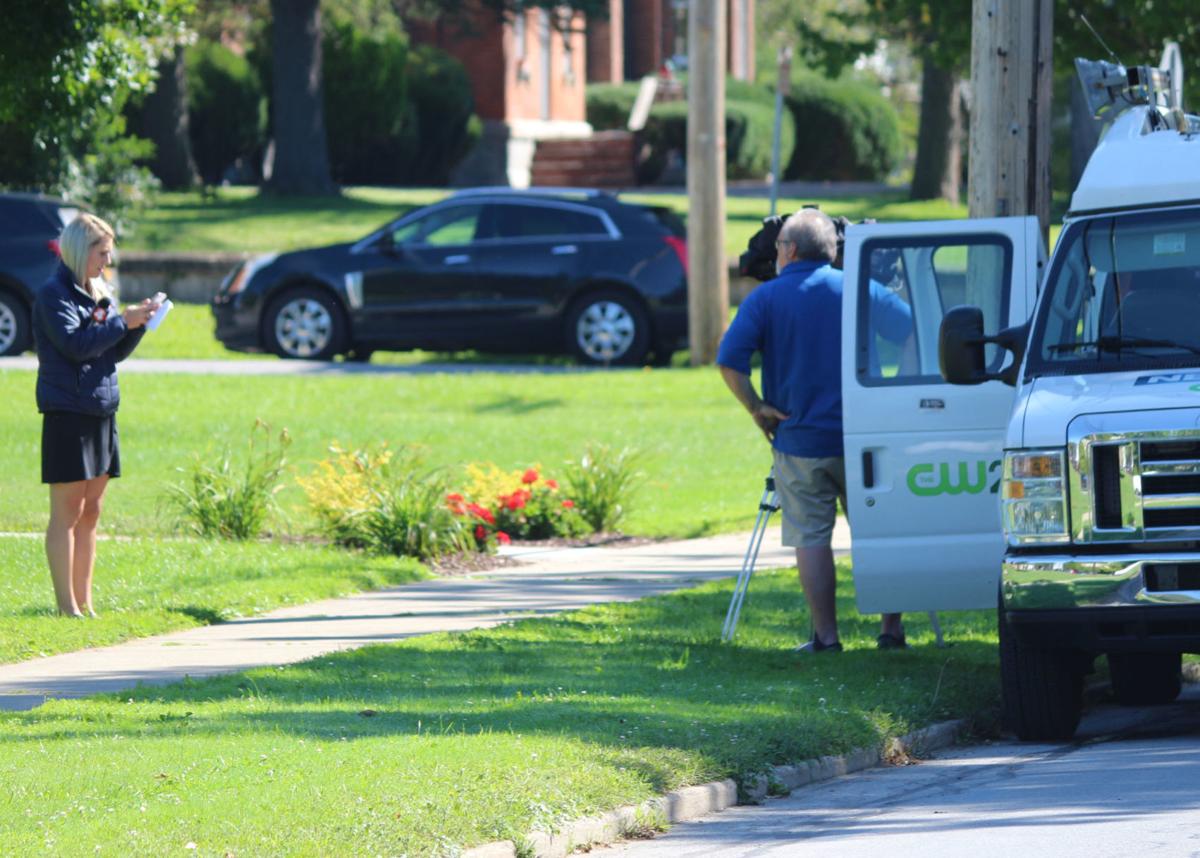 A WIVB-TV reporter and cameraman report from the front lawn of Olean High School Friday on a “kill video” involving several OHS students that surfaced on social media Thursday. 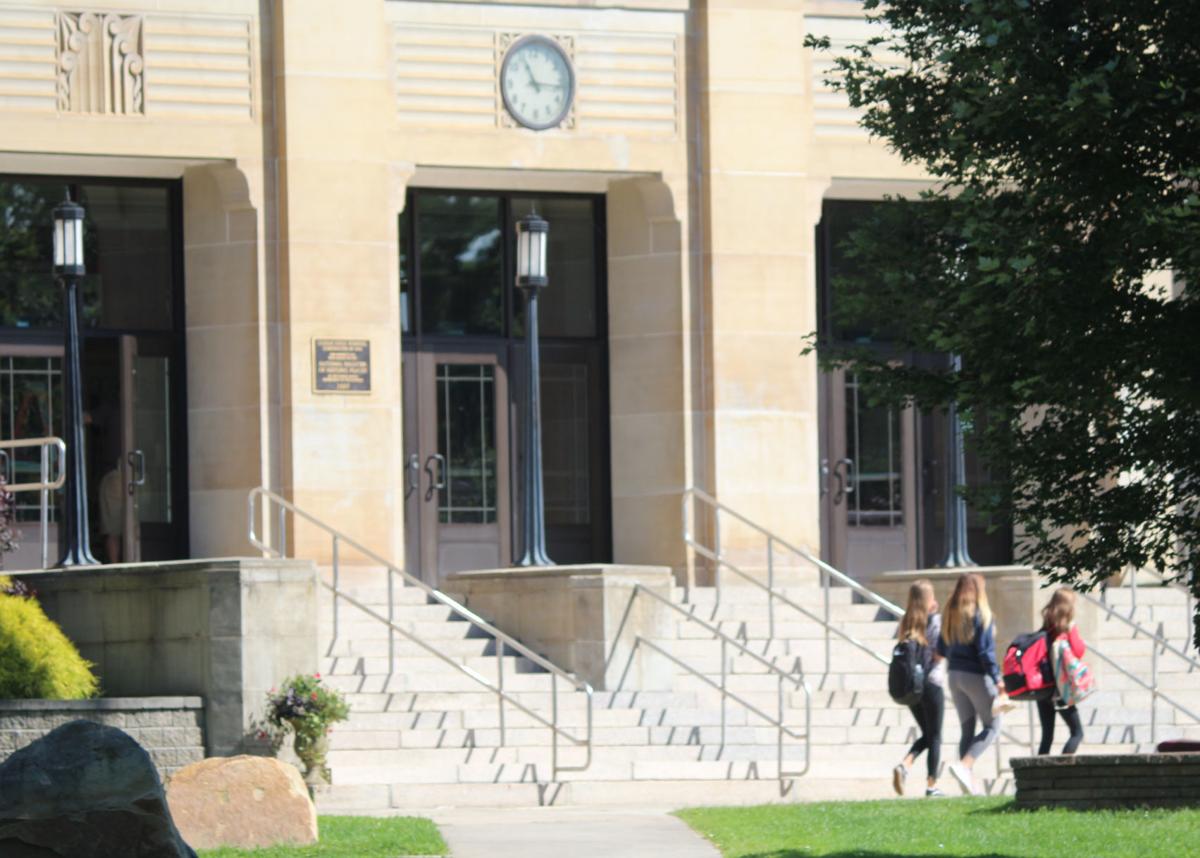 A WIVB-TV reporter and cameraman report from the front lawn of Olean High School Friday on a “kill video” involving several OHS students that surfaced on social media Thursday.

Capt. Robert Blovsky of the Olean Police Criminal Unit said the youth, who was not identified, was arrested on the two felonies at 3:30 p.m.

Police said he will be arraigned in Cattaraugus County Family Court. No time was set for the arraignment.

There was no immediate word on the youth’s motivation for the perceived threats.

A video widely seen as a “kill list” involving several Olean High School students posted on social media on Thursday sparked an investigation by Olean Police and stepped-up patrols outside schools on Friday.

Olean City School Superintendent Rick Moore issued a statement saying The Olean City School District is aware that there has been a threat posted on social media. The district takes all threats seriously and the authorities are aware and conducting an investigation.”

Moore said, “The safety of our students and employees is our top priority and we are dedicated to insure they are safe.”

Moore was not available for comment after the news of the youth’s arrest was disclosed by police about 4:30 p.m. on Friday.

Olean Police Chief Jeffrey Rowley, said earlier Friday the video was “being treated seriously” and three city investigators on the investigation had asked for the FBI to assist in tracing the social media posting on Facebook.

“No one is in custody,” Rowley told the Olean Times Herald about noon on Friday. “We are interviewing those depicted in the video and those that may have shared it.”

The chief added: “We are working with the FBI to get information from social media sites. We don’t know how fast this will happen.”

Rowley said he received a call from one of his investigators about 9:30 p.m. Thursday after being alerted to the Facebook posting. They immediately began discussing what Friday’s response would be.

“Increasing security at the schools was the prudent thing to do,” Rowley said.

“This is a very important case,” the chief said. “All three investigators are working on it.” In addition to the city school district’s school resource officer, two additional police crews were deployed to schools on Friday.

Rowley said, “We’ve had offers from the sheriff” if city police need additional help on the case

“If anyone knows anything about this or suspects someone of being involved, please call our investigators office at 376-5673,” Rowley said.

“These are the times in which we live,” the police chief lamented. “People should not think that bad things cannot happen in Olean.”

It was 45 years ago that a sniper at Olean High School, Anthony Barbaro, shot and killed three people and wounded eight with shots from a target rifle. Four more were injured by glass fragments. Barbaro later hung himself in the Cattaraugus County Jail on Nov. 1, 1975.

The video also sparked hundreds of comments from parents and other district residents.

“I have a grandson who started high school yesterday,” one man posted on Facebook.

Another man’s concerns were heightened because his daughter was in the video. He said it had originally been posted on Snapchat and had also been sen on Instagram.

“It was terrifying,” one woman said after viewing the video which shows about 11 individuals — mostly male students of color — with a date of birth and an RIP date of 2019.

“OMG. I have family and friends on this list. What is this about? They are all brown kids.”

One woman with friends in Olean, wrote: “Please my NY friends, don’t send your kids to school tomorrow. You never know if it’s legit or not.”

There was also speculation that “the kid who posted the video was being bullied by kids in the video.”