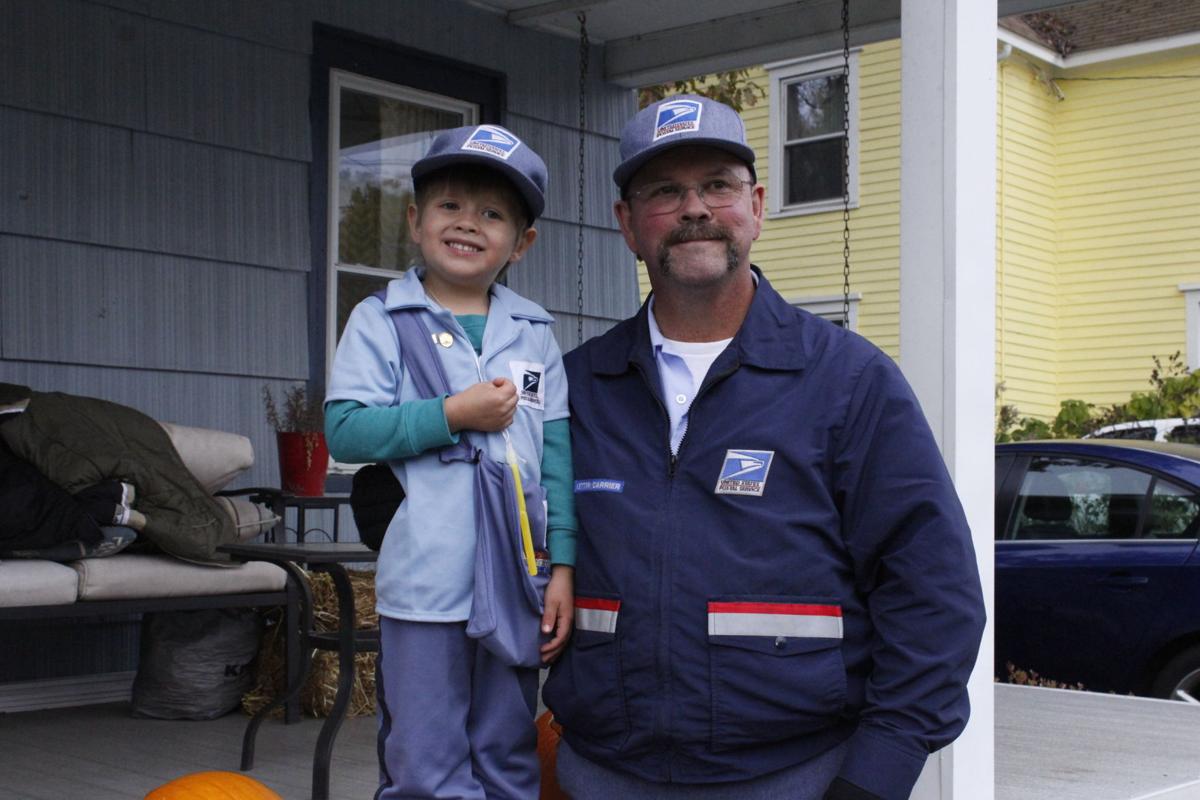 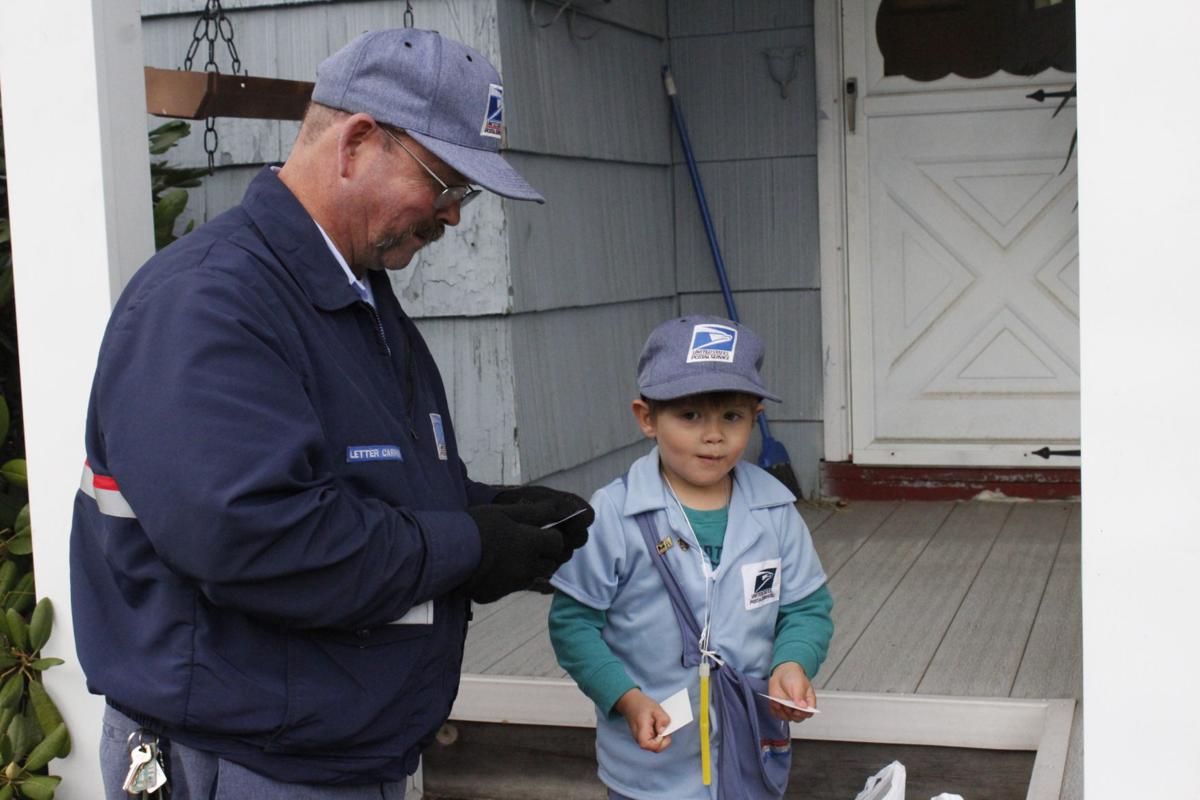 OLEAN — In nearly 31 years as a mail carrier for the U.S. Postal Service, Steve Roberts had never seen a child dress up as a mailman for Halloween.

That was until a few weeks ago, when he was greeted on his mail route by 4-year-old Brennan Brushingham, who had been waiting patiently on his family’s Garden Avenue porch just to show Roberts the costume — complete with a light blue shirt and Postal Service patch — he would be wearing Halloween night.

“That blew me away that he's only 4 and came up with the idea himself,” Roberts said. “For him to come outside dressed like that, it made me feel good.”

Roberts and his wife, Lois, visited the Brushinghams Tuesday night before trick-or-treating for a photo opp and to give Brennan some additions to his costume, including Roberts’ pin for 25 years of service and some fake letters. Brennan’s costume was practically identical to Roberts’ mail carrier uniform, which he wore to the occasion.

“This is a Kodak moment for us,” said Lois Roberts, who made a Postal Service hat for Brennan. “I think it’s the sweetest thing in the world.”

“Every time Steve comes up he’s right out to greet him and get the mail,” he said.

Police chief on Floyd killing: This was a violation of humanity

Still, Roberts was shocked Brennan had taken such an interest in his profession. A week ago, he and his wife came back to the house to meet Tim Brushingham and Brennan’s mother, Susan Brushingham, and they all agreed to meet on Halloween. The Brushinghams, including Brennan’s baby brother Liam, and the Roberts stood in front of the family’s house Tuesday night to take pictures and chat.

Meeting Brennan hasn’t been Robert’s only fateful encounter on his mail routes. He met his wife while delivering mail to her 14 years ago in Charleston, S.C. Lois Roberts, a Wellsville native who had relocated down to South Carolina, walked out into the hallway of her apartment complex to say hello to her mailman. Just a few days later, Roberts, a Charleston native, asked if he could give her his number.

“That was all she wrote after that,” he said. They’ve now been married for 11 years.

Roberts asked to be transferred to the Western New York region and the couple moved back in 2006. They now live in Cuba. Roberts, a former U.S. Marine, plans to retire within the next few years.

“Next year if you retire we won’t have anymore mail,” Brennan said to Roberts after overhearing his father and Roberts talk about the upcoming retirement.