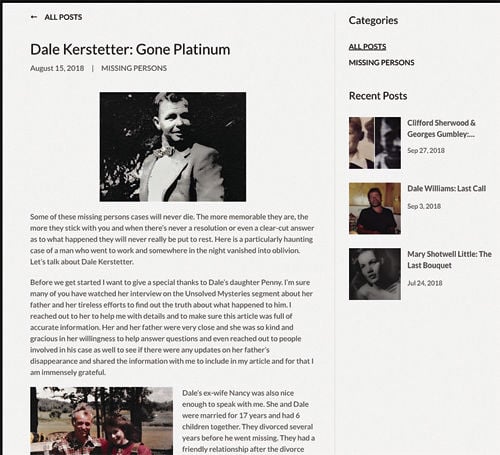 Heather Graupmann has a website called “lost n found blog,” in which she details missing persons cases. In August she featured Bradford, Pa.’s unsolved mystery, the case of Dale Kerstetter and a platinum theft from Corning Glassworks in 1987. 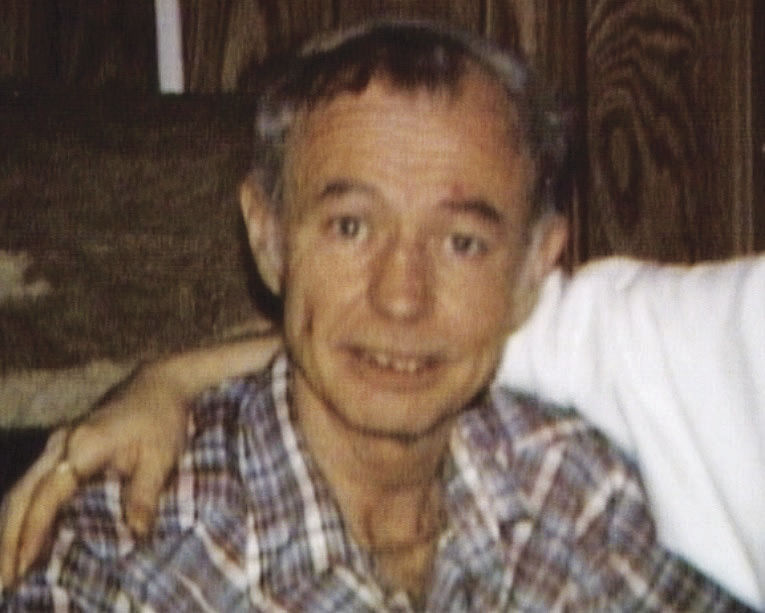 Pennsylvania Crime Stoppers is still seeking information on the disappearance of Dale Kerstetter.

Heather Graupmann has a website called “lost n found blog,” in which she details missing persons cases. In August she featured Bradford, Pa.’s unsolved mystery, the case of Dale Kerstetter and a platinum theft from Corning Glassworks in 1987.

Pennsylvania Crime Stoppers is still seeking information on the disappearance of Dale Kerstetter.

BRADFORD, Pa. — It’s perhaps Bradford’s most well known unsolved mystery: What happened to Dale Kerstetter and a quarter-million-dollars worth of platinum missing from Corning Glassworks?

The mystery began on Saturday, Sept. 12, 1987. Kerstetter, a maintenance man and security guard at Corning, went in to work as usual that day. The next morning, another security guard found Kerstetter’s lunch pail, newspaper and keys on a cafeteria table. His truck was in the parking lot.

Kerstetter was nowhere to be found.

Neither he nor the platinum ever turned up, his daughter Penny Kerstetter told The Era.

“Maybe there’s somebody out there who knows something.”

When Kerstetter went missing, a search ensued. No trace of the man was found in or around the plant. There was no sign of any sort of struggle.

Heather Graupmann runs a website called “lost n found blog,” and she has documented the case, interviewed family members and investigators and reviewed what she could find on the case.

On her blog, she wrote that when no one had been able to find a trace of Kerstetter by 5 p.m. on Sunday, police were called in. “Dogs were brought in to help with the search of the vast 112,000-square-foot facility.”

Kerstetter’s scent was found around the facility, but also near the glass kiln — not part of his security patrol.

Four days after Kerstetter went missing, the company’s security cameras were checked. Kerstetter was on the camera, but so was a masked intruder, Graupmann wrote. Company officials realized more than just Kerstetter was missing — so were platinum rods used to line the glass kiln.

The masked man arrived within 10 minutes of Kerstetter’s shift beginning. The two were seen talking on security footage, and at one point, Kerstetter turned and looked right at the camera. Both men walked to another part of the plant and Kerstetter wasn’t seen again, Graupmann recounted.

“What is seen is the masked person moving throughout the plant, finally settling in the area around the furnaces where he rummages about the furnace and is seen, at one point, with what looks like a rod of platinum,” Graupmann quoted from a news story written a few years after the disappearance. “Finally the intruder takes a hand truck, used to move pallets into a side room, and emerges dragging a bag. After viewing the tape, plant officials call the police and then searched the furnace. They lifted out fire bricks that shielded the platinum and found, at points, places where the precious metal had been cut through with a hack saw.”

At the end of the surveillance footage, the masked man “is seen pushing a large, heavy bag on a hand truck.”

Graupmann theorized that Kerstetter’s body may have been in the bag with the stolen platinum, which probably weighed about 36 pounds, police said.

She stated, too, that a prevailing theory had been that Kerstetter was killed and his body was dumped in the kiln. However, the kiln hadn’t been used in some time, and had it been operating, it would not have been possible to remove the platinum, she said, recounting information from the state police.

SUNY chancellor will be next Ohio State University president

The television show “Unsolved Mysteries” featured the case. Plenty of tips were called in, but nothing ever panned out, Penny Kerstetter said.

She’s given up hope that her father is alive.

Over the past three decades, her family has considered every theory and pondered the mystery from all angles. Was the family’s patriarch — the father of six — in on the theft? Was he an innocent victim?

“Somebody out there knows something,” Penny Kerstetter said.

When asked her opinion of what transpired all those years ago, she said, “I think he knew who the person was that came in. I don’t think he expected to die that night. I don’t know if he was involved in it or not, but he knew who it was.”

The case is still considered open, she said, referring a reporter to Bradford Township Police.

Chief Robb Shipman said Officer Tim Gigliotti has been in contact with the family and has been pursuing what leads still trickle in.

“We had some information some time ago that if he was murdered, he was buried in a well above High Street,” Shipman said. “We did check the mapping of that location. There’s hundreds of wells in that area.”

He said Mark Cline of Cline Oil offered to take the police to the area, but cautioned “it might be like finding a needle in a haystack.”

Shipman said many of the wells have been plugged over the years, too.

He made another appeal to the public for information.

“We know there are people out there that might know and want to get it off their chest,” Shipman said. “We’re going to consider it open as long as there’s still people around who might know something.”

Penny Kerstetter asked that anyone with information or a possible lead to contact her at (716) 807-4684.

Over the years, she’s talked to her father’s friends, co-workers, investigators and even some psychics.

“Every one of them has told me he’s in a deep, dark place,” she said. The tip about checking the wells came in after that.

Pennsylvania Crime Stoppers has a toll-free hotline for tips at (800) 472-8477. All callers remain anonymous and could be eligible for a cash reward.