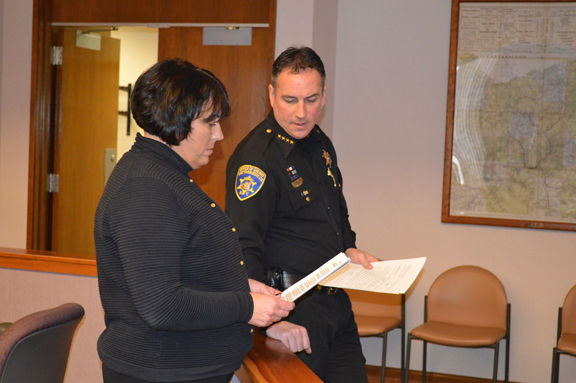 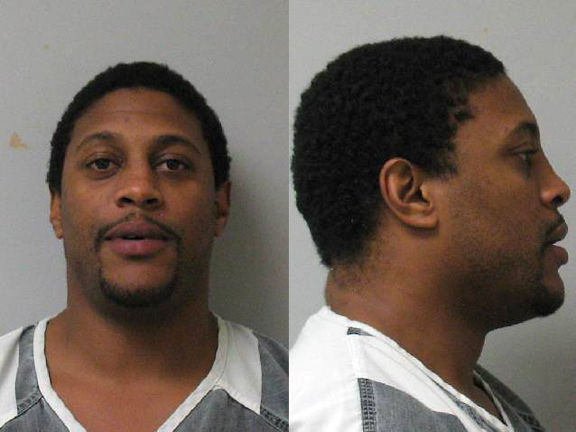 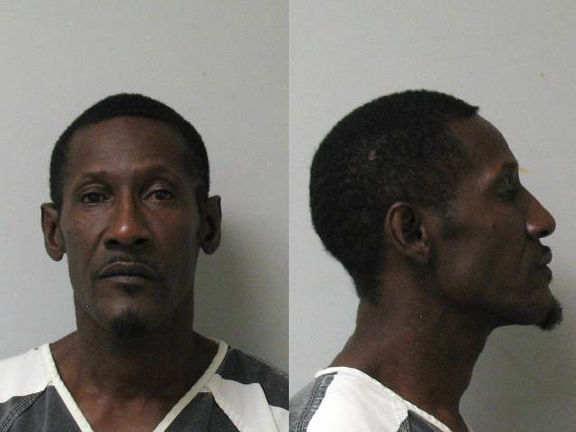 In a press conference in the Cattaraugus County Legislature chambers, Sheriff Tim Whitcomb and District Attorney Lori Rieman alleged Gary Maull, 28, and Thomas C. “Turtle” Hall, 53, were responsible for the shooting death of Mr. Parks, also known as Lamont Clemons, 54, of Olean. Mr. Parks’ body was found Aug. 8 down the embankment of a scenic overlook off Route 16 South near the town of Allegany hamlet of Knapp Creek.

Hall was charged with second-degree criminal facilitation, a class C felony; first-degree intimidating a witness, a class B felony; tampering with physical evidence, a class E felony; and making a false written statement, a class A misdemeanor.

Sheriff Whitcomb alleged that Maull performed the killing while Hall was present and assisted afterward. Both are previous felons, the sheriff confirmed. Maull was previously convicted of fifth-degree criminal sale of a controlled substance, a class D felony, and served less than a year in prison in 2009, according to the New York State Department of Corrections inmate database. The Times Herald was unable to confirm the nature of Hall’s previous conviction.

“This was a vicious criminal act, and it took somebody’s life. It doesn’t get any worse than that,” Sheriff Whitcomb said. “These people are villains. If justice presents itself the way I hope to, and I’m sure the district attorney hopes to, Mr. Maull will never get out; perhaps the same for Mr. Hall. We’ll see how that goes.”

Officials again opted to be selective with releasing case details. For the public, questions remain regarding a motive, the style of firearm used, how many times Mr. Parks was shot and whether he was killed at the overlook or at another location.

“We have the answers to all those questions. … It would be inappropriate for us to forecast any type of motive or specifics about the crime in this forum,” Sheriff Whitcomb said. “We’re not going to try the case in the media. We’re going to do that in court. What we’re here to do today is to announce that we have the two people that committed this vicious act.”

Mrs. Rieman alleged in the indictment Mr. Parks was killed because he was believed to be a witness in another crime. Notably, roughly a week before he was found dead, Mr. Parks had pleaded not guilty in Cattaraugus County Court to two counts each of third-degree criminal possession and sale of a controlled substance.

Asked if the alleged drug incident played a role in his death, Mrs. Rieman said, “We don’t want to go into the other details like that. It was a cold-blooded murder. (Mr. Parks) was currently indicted for a street-level drug sale, but that’s all I can comment on that. He had only been accused. He hadn’t been convicted.”

Authorities have had Maull and Hall in custody since mid-September, but that information was not publicly released “for strategic and tactical reasons” to “secure the integrity” of the ongoing investigation, Sheriff Whitcomb said. Maull, who the sheriff said was on the run, was apprehended for jumping bail on an unrelated charge Sept. 12. Hall has been in custody since Sept. 15 for his alleged role in the homicide.

“I know that the media was asking a lot of questions and they were growing impatient, and there was some public concern that somebody had been murdered and nobody had been apprehended,” Sheriff Whitcomb said. “It was actually quite difficult to not come forward, to try to give relief to the people ... (But) we knew exactly where they were, and we knew that there was nobody else in danger.”

During the investigation, Sheriff Whitcomb said, police “aggressively” followed leads and conducted numerous interviews with people who reportedly had knowledge of the killing.

Asked if future charges may be filed against others who might have been complicit in Mr. Parks’ death, the district attorney said, “Not for the actual homicide, no. We are certain that the two we have in custody are the two responsible.”

Mr. Parks had lived for the past several years, off and on, at the 659 Seneca Ave., Olean, home of his 85-year-old uncle, Walter Peterson. According to his obituary published in the Times Herald on Aug. 13, Mr. Parks was a father of three and grandfather of five.

The two will be arraigned Monday in Cattaraugus County Court.

Two charged in connection to Parks shooting death in August