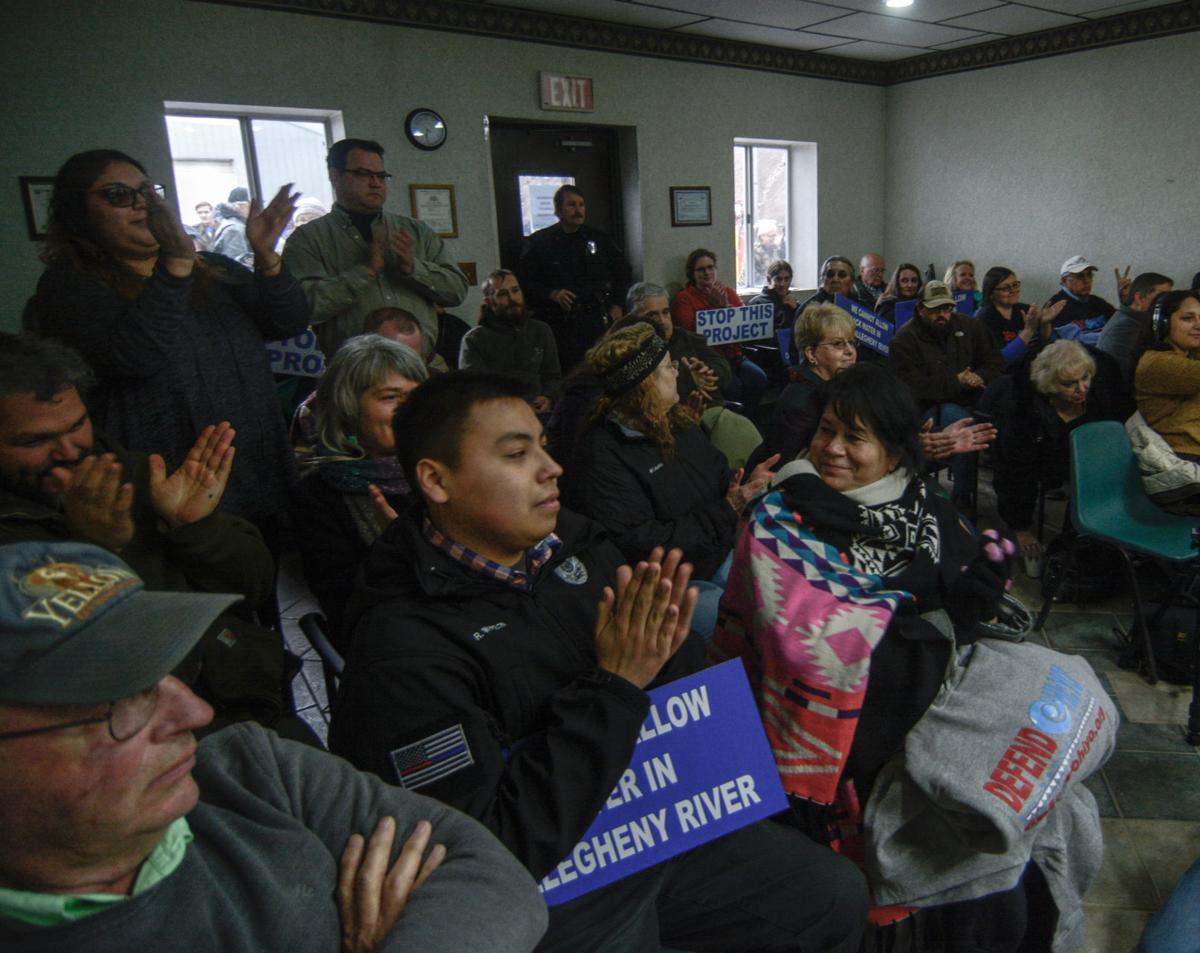 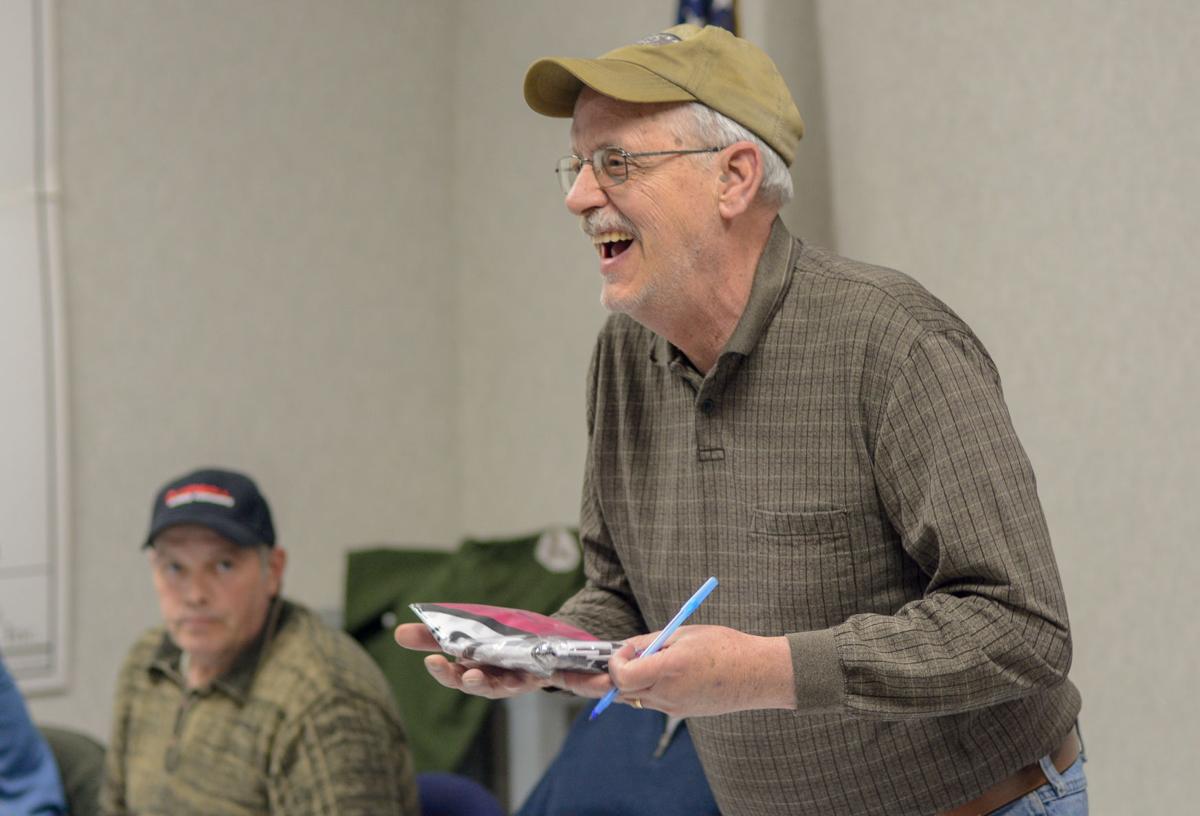 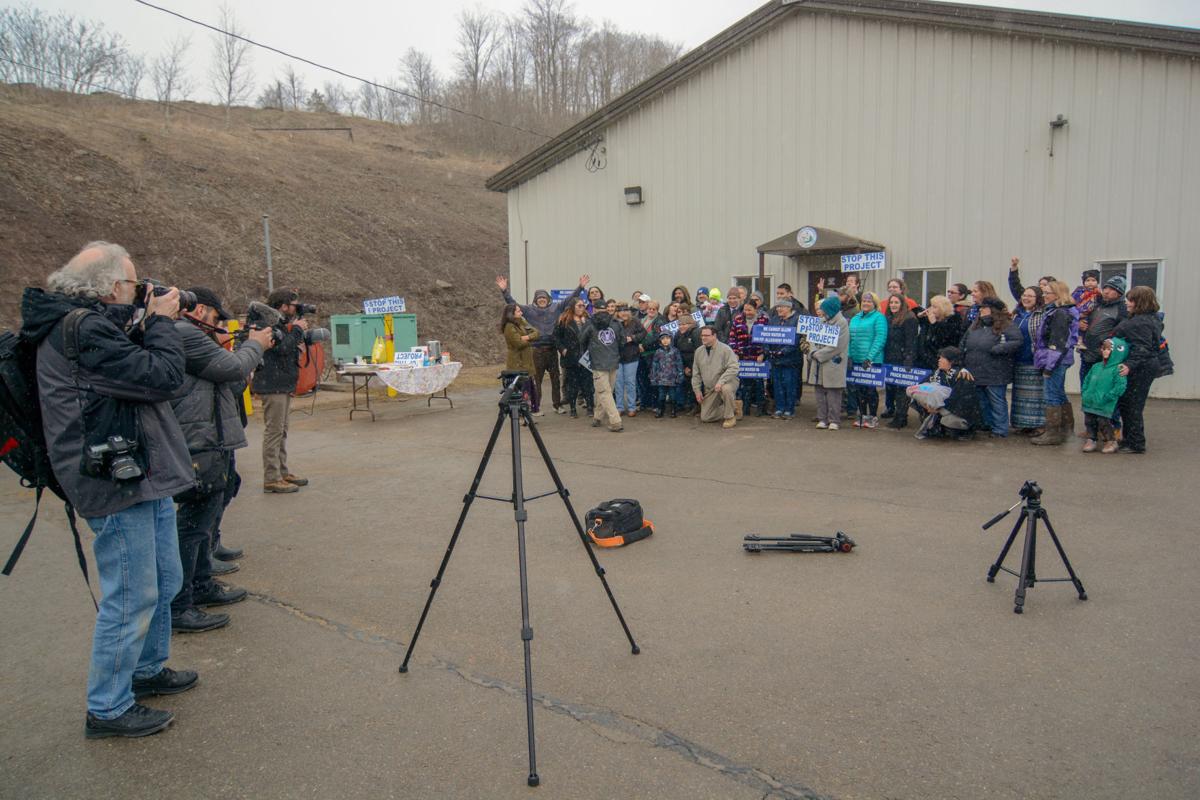 COUDERSPORT, Pa. — Opponents of a fracking wastewater treatment plant, which is now without a home and a client, cheered Monday night as the project appeared dead.

Before a standing room-only crowd with more waiting outside, the Coudersport Area Municipal Authority unanimously approved a string of resolutions terminating its connection to Epiphany Environmental LLC, a Pittsburgh-based firm planning a $1 million wastewater treatment plant adjacent to the CAMA sewage treatment facility along the Allegheny River in Eulalia Township.

The resolutions were punctuated by cheers and applause from those inside the building, while those outside could be seen embracing and cheering as snow flurries fell.

“We did our jobs the way we were supposed to,” said CAMA Chairman Bill Krog, adding the board has spent months listening to sometimes contentious comment periods at meetings.

The CAMA board was forced to move its past two meetings to a new location as the normal meeting space was not large enough to accomodate the interested public. A resolution moving the meetings back to the CAMA offices went without a second, as board members decided to wait another month.

“They opened their ears and hearts to people of all counties,” said CAMA Solicitor George Stenhach. “We’re open-minded. We’re willing to listen.”

Stenhach said he and Krog attended a meeting in Salamanca over the weekend to hear from the SNI on the project as a fact-finding mission.

He said CAMA reached out to Epiphany on Monday, informing the firm of the board’s intent, but had not received a response before the meeting.

Epiphany officials did not attend the meeting. A request from Epiphany for comment was not returned Monday.

The future of the project was cast into legitimate doubt on Friday when JKLM Energy LLC, a Sewickley, Pa.-based oil and gas exploration firm founded by Buffalo Bills and Sabres owner Terry Pegula, announced that it was no longer planning to use the facility. To date, JKLM was the primary — and only — potential user identified, and the firm previously declined to comment if it had a financial stake in the project.

Beginning in 2016, the state Department of Environmental Protection has mulled approving a 1,000-barrel-per-day facility proposed by Epiphany. The site was designed to serve as a primary fracking wastewater disposal site for the gas drilling industry in Potter County, including JKLM Energy, which has extensive drilling operations in the county and supported the project before last week. CAMA signed a lease with Epiphany in 2017 for the property.

Fauci opens up about why he's not being allowed on TV

The resolutions, motioned by Paul Herzig, sought to terminate CAMA’s relationship with Epiphany and cancel the lease. Other resolutions offered by Stenhach sought to notify the DEP of the board’s decision, notify Epiphany and author a press release on the moves.

Following the resolutions, the board opened the floor to the public, with around a dozen speaking — all in support of the board’s decision.

Many of the speakers were members of the Seneca Nation of Indians or wore “Defend Ohi:yo’” apparel in support of the SNI. Nation leaders were adamant in their opposition to the project, citing the risk of contamination of the river if the project was not successful or subject to an accident. The Senecas’ Allegany Territory straddles the Allegheny River for much of its course in New York state.

“I hope the people who came before you in the last few weeks affected your decision, but also affected you as people,” said Shannon Seneca, who was one of many who thanked the board for voting against the project.

Tina Abrams, a councilor representing the Allegany Territory on the SNI Tribal Council, presented Krog with an SNI flag as a gift for the board’s decision. Krog posed for photos with several SNI officials and the flag following the meeting.

Albert Brown joined the chorus of praise for the decision.

“You’re making a difference not only in your own town … but downstream as well,” Brown said. “You’re all great men today.”

“Guys, you made the right choice,” said Brian Ruane, one of the Coudersport Borough board members who voted in March urging CAMA to reject the project. “We’ve got a long way to go in Coudersport … this is the first step in the right direction.”

Not all of the comments were aimed at praising the board, with several offering displeasure at how long it took the board to oppose the project and warning it to not site a similar facility along the river in the future.