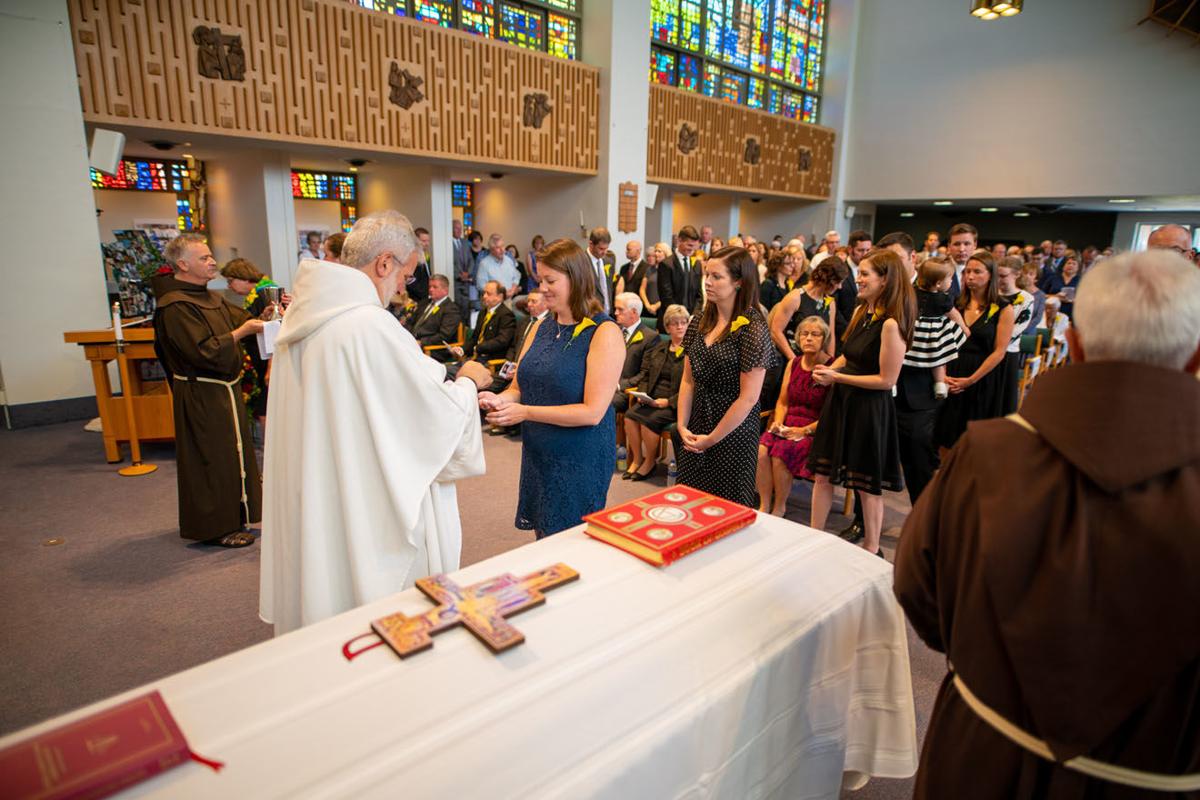 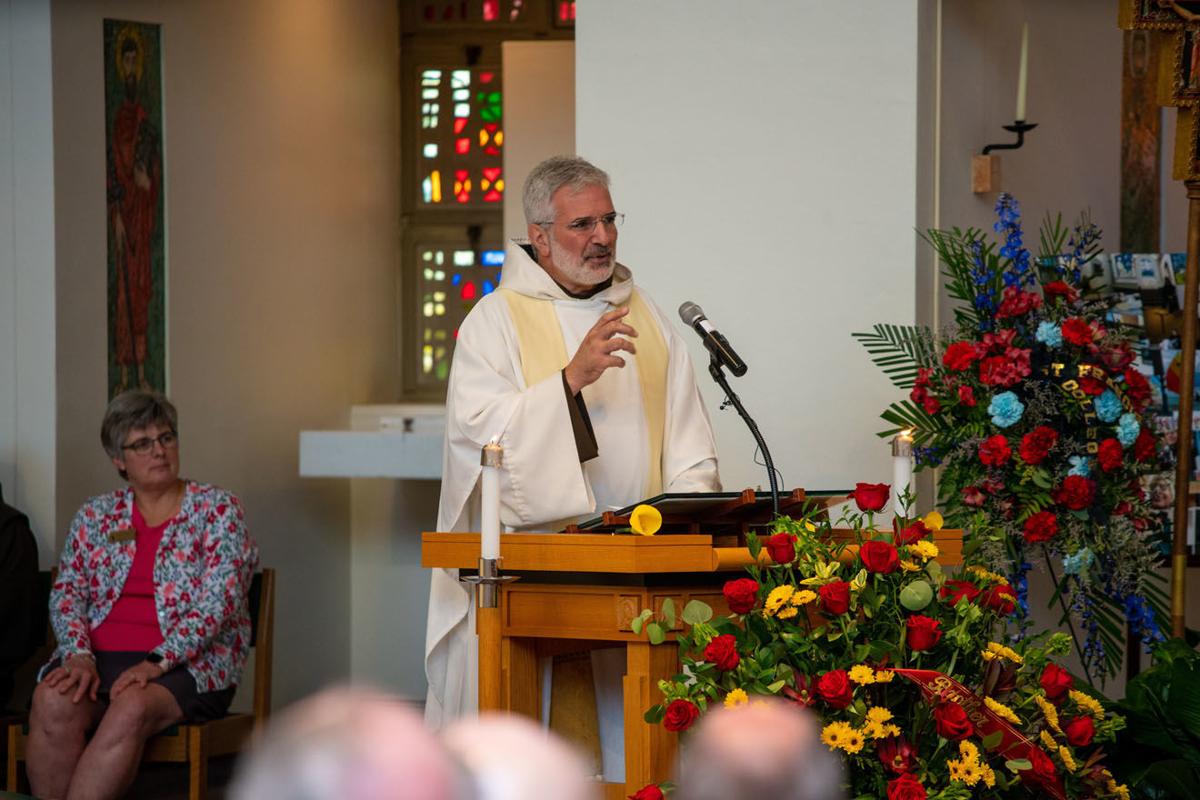 Father Francis Di Spigno, executive director of University Ministries at St. Bonaventure University, gives the homily at the funeral Mass for Brother Ed Coughlin on Monday at the University Chapel.

Father Francis Di Spigno, executive director of University Ministries at St. Bonaventure University, gives the homily at the funeral Mass for Brother Ed Coughlin on Monday at the University Chapel.

After the funeral Mass, Holy Name Province’s Provincial Minister, Father Kevin Mullen, announced that the annual Franciscan Cup will be renamed in memory of Coughlin. The Bonnies and Siena Saints will square off on the court Nov. 12 for the cup.

During the homily of the Mass, Father Francis Di Spigno, executive director of University Ministries at SBU, drew a comparison to Coughlin’s acceptance of God’s plan for his life to that of Mary, who also realized “who she was before God,” and how her life had changed in serving God’s purpose.

Coughlin, 71, died July 30 at Strong Memorial Hospital in Rochester after suffering a stroke while undergoing scheduled, non-emergency surgery on July 23 for a congenital heart defect.

Coughlin was named interim president of Siena in August 2014, when his predecessor, the Very Rev. Kevin J. Mullen, was elected to lead the Franciscan friars of the Holy Name Province. Mullen is a St. Bonaventure trustee. Coughlin was officially appointed the 11th president of Siena that November, and was formally inaugurated in a campus ceremony in October 2015.

How to fact-check Donald Trump in realtime

At the time of his appointment as interim president of Siena, Coughlin was a Siena trustee and vice president for Franciscan mission at St. Bonaventure. He served twice as director of St. Bonaventure’s Franciscan Institute, where he oversaw the research program’s academic course offerings and extensive publications, and was a member of the Institute’s summer faculty.

Author of more than 20 articles and book reviews, he also holds a doctorate from The Catholic University of America and a master’s degree from Boston College. He presented at academic and pastoral conferences across the United States and around the world, from New Jersey to Texas, Ireland to Japan and Bolivia to Zambia.

Di Spigno said of Coughlin’s teachings and writings on St. Francis, “We knew it was authentic because Ed lived it.” He continued by saying Coughlin “might have said ‘yes’ too many times … in the case of sabbatical after sabbatical that he never took, because he said ‘yes.’ But, quite frankly, that’s what we loved about him.”

Di Spigno said, after an adult lifetime of sharing stories about St. Francis, St. Clare and St. Bonaventure, his spirit will live on through the stories told by his family and many friends.

“We celebrate a life well-lived and certainly well-loved,” he said of Coughlin, who has embarked “on a new journey in his life, and in ours. … Eddie, you have lived that Franciscan life and, according to our vows, we know that you enjoy eternal life.”

Siena College will host a Mass and celebration of Coughlin’s life, at a time to be determined, on Sept. 17, the Feast of the Stigmata of Francis of Assisi.