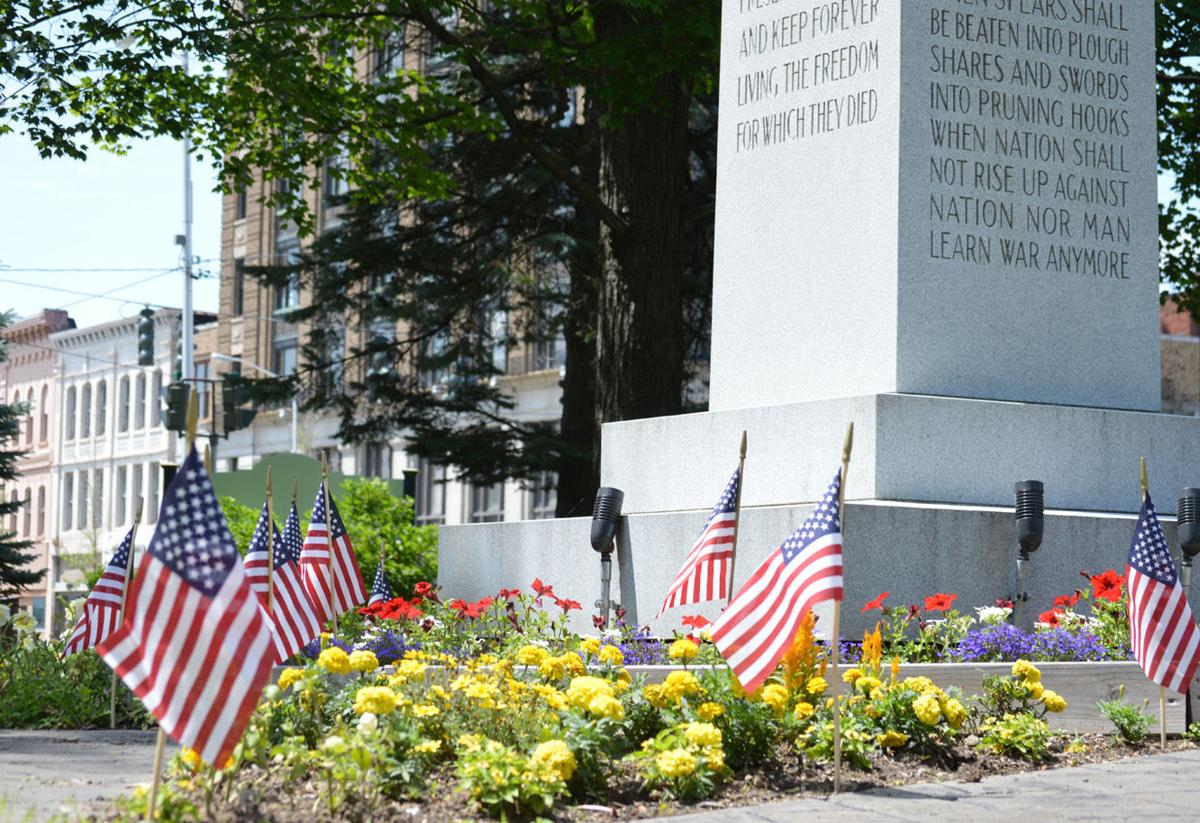 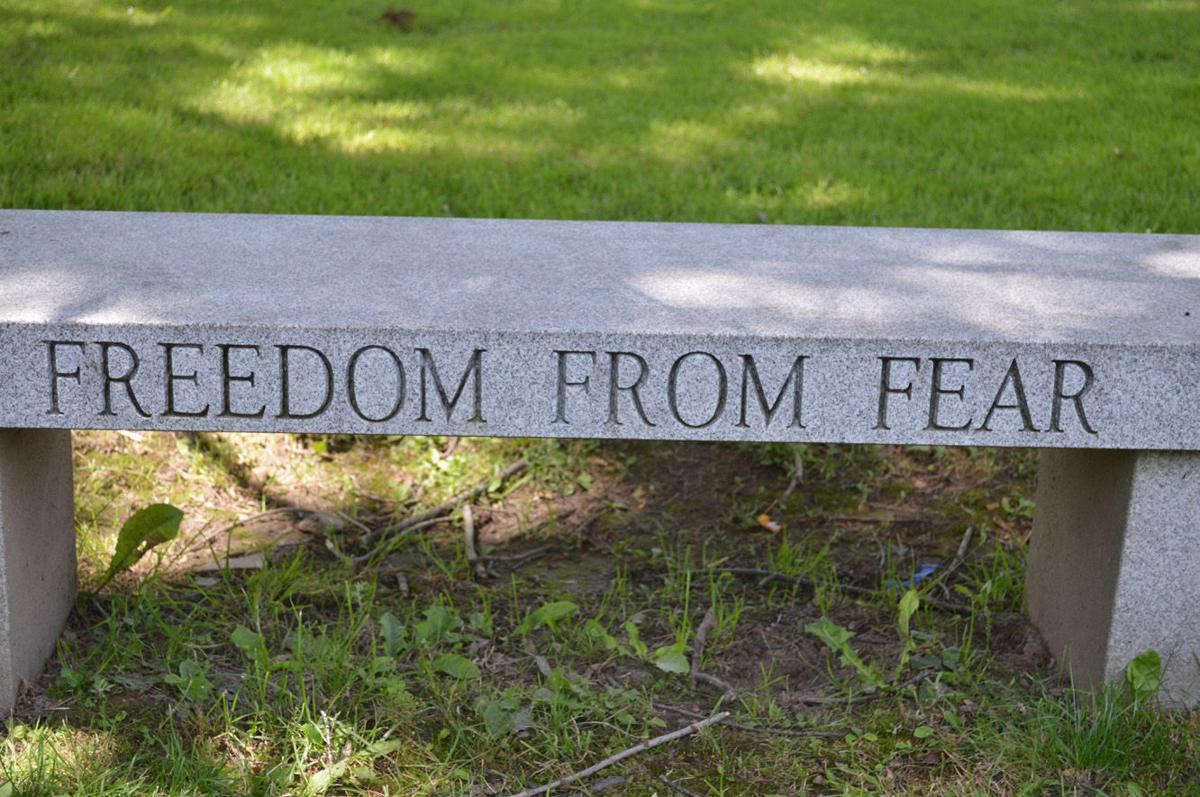 A bench in Olean’s Lincoln Park iterates the last of the Four Freedoms from President Franklin Roosevelt’s 1941 State of the Union address — “Freedom from Fear.” 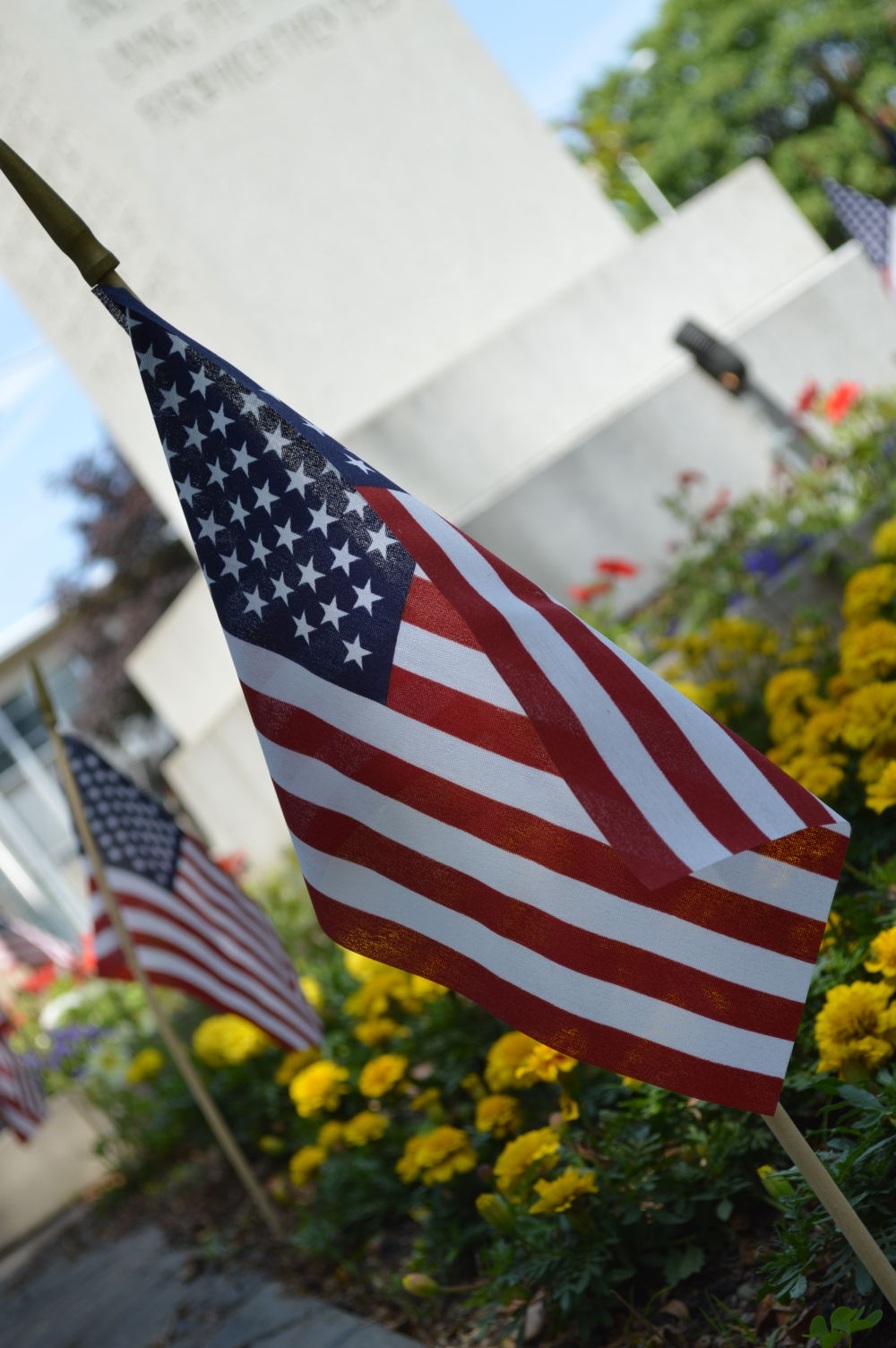 An American flag flies around the veterans’ memorial site in Olean’s Lincoln Park.

A bench in Olean’s Lincoln Park iterates the last of the Four Freedoms from President Franklin Roosevelt’s 1941 State of the Union address — “Freedom from Fear.”

An American flag flies around the veterans’ memorial site in Olean’s Lincoln Park.

This Independence Day, what does the American flag mean to you?

Some would say it’s a worldwide symbol of freedom. Others would counter dozens of countries around the globe now offer similar liberties and then some.

Some would say it stands for governmental values deriving their power from “we the people.” Still others would contend “Joe Citizen” has lost his say.

Some would say it’s a promise offered by the blood of patriots that no man should fear tyranny at home or abroad. And others would argue tyrants are now present and active in our own backyard.

From social norms to world influence to civil rights, the viewpoints are as divided as Congress. And despite their disagreements, those offering their sentiments leading up to today — the nation’s 239th birthday — say there’s a consensus: the Stars and Stripes are still worth fighting for.

“The beautiful thing about America is everybody can speak their opinion without fear. That’s what America is all about,” Olean Mayor Bill Aiello said. “Are we on the right track? That’s a big matter of opinion.”

Indeed, as the United States military has been engaged in conflicts it can’t seem to win, the recent nationwide legalization of gay marriage has embroiled citizens in a clash of social and religious values, racial wars have left many dead and stirred the specter of the civil rights movement, and many believe society has lost its moral compass.

But to some the positives are easily spotted.

“Where we are right now as a country is where we should be and where we’re supposed to be,” said Tim Rowand, 27, of Olean, who describes himself as a practicing Christian “because there’s really nothing deeper than that” and who declined to publicly name his employer because of corporate media restrictions. “We have a large group of people with many different viewpoints and lifestyles, and all these people are really living up to what the patriots fought for back during the Revolutionary War, and that is for freedom.”

Rowand said he’s a patriot, “if by patriot you mean a person who loves and respects the country in which he lives.”

The Stars and Stripes, he said, “stand for the same liberties for everyone, whether you agree with them or not.”

As a religious man, Rowand still sides with the right to a choice.

But to Steve Appleby, director of the World War II Museum in Eldred, Pa., society has lost touch with reality.

Appleby, a 27-year U.S. Army veteran, has taught military history to numerous schoolchildren passing through the museum. He’s astonished at where the younger generations are now directing their focus.

“Kids today have no idea. They’re not being taught history; they’re being taught to look up to the Kardashians,” Appleby said.

He gives a quiz to the kids. He asks if they recognize celebrity names like Jennifer Lopez, Justin Bieber and Miley Cyrus, and then he asks if they remember Jason Dunham, a Scio native who was killed in Iraq in 2004 after diving on a grenade to save members of his squad. Dunham was posthumously awarded the Medal of Honor, and a U.S. Navy destroyer was later commissioned in his name.

Appleby expressed pride in his son Nick, 18, who left for basic training in the U.S. Army on Wednesday. His other son Alex, 21, just achieved the rank of sergeant, he said.

But he’s not confident in the military’s “limited” approach to combating terrorist groups like ISIS. Using history as a guide, he thinks failing to stomp out “evil” now with the entirety of the military’s strength could prove costly as it did when the Allies “appeased” Hitler before World War II.

“World War II, very simple, was good versus evil. Forget all the political stuff,” Appleby said. “Our government says we have a good strategy (now) and it’s working great. What? They just drowned a guy while he was on fire in a cage.”

He quoted Albert Einstein, who once said: “The world will not be destroyed by those who do evil, but by those who watch them without doing anything.”

UP AT MT. IRENAEUS in West Clarksville, the Rev. Dan Riley, a longtime pillar of faith and fellowship for St. Bonaventure University, believes fighting isn’t the answer for the country’s problems — or the world’s, for that matter.

“It’s interesting to me that President Obama in his first year of office won the Nobel Peace Prize,” Riley noted.

To Riley, the United States is a work in progress at just over two centuries old — Assemblyman Joe Giglio, R-Gowanda, later echoed the same point.

We’re at an integral cultural, spiritual and societal crossroads, Riley said. In particular, he cited the equality struggles of African- Americans, Hispanics and the LGBT population.

“They’re really trying to find a way with us, but most recently, our sisters and brothers who come out of a painful past are in a painful time with us now,” the Franciscan friar said. “We’re at a time where, if we’re really the nation we claim ourselves to be — and I believe we are — we have to look soberly at our system, our democracy, and say, ‘If we’re for the people, are representatives representing our people? Where is our government? Where is the conversation going on so we might grow as a nation?’”

That dialogue should bring numerous differing groups to the table of tolerance, Riley said. And from a Franciscan perspective, he added, gay society is a welcome participant.

“I think where we are as a culture and nation is to be able to respect and welcome each other in. Whatever we think of their lifestyle, we need to bring them in,” he said. “Unfortunately, we have moved towards a culture of fear and putting people aside. It isn’t so much whether I agree with someone’s lifestyle, it is would I welcome them here to respect me while I respect them and help to create a culture of respect and reverence?

A WEALTH DISPARITY is cause for concern, said 52-year-old Olean resident Kevin Hargis.

And Giglio said government over-regulation and taxation has created a business climate ripe for corporate America and its big-box stores which can “shoulder the burden” and stifling for “the corner hardware store” struggling to cut through red tape.

But Giglio, who calls himself “an eternal optimist,” said he still views America as the global standard for opportunity.

“As long as we are able and free enough to pursue our God-given talents as far as we can, I think the American Dream stays alive,” the assemblyman said. “I don’t think we’re perfect by any stretch of the imagination, but I do believe we’re on the right track, and if we keep on following what our founding fathers set up for us, we’ll keep on achieving what the American Dream was then and should still be now.”