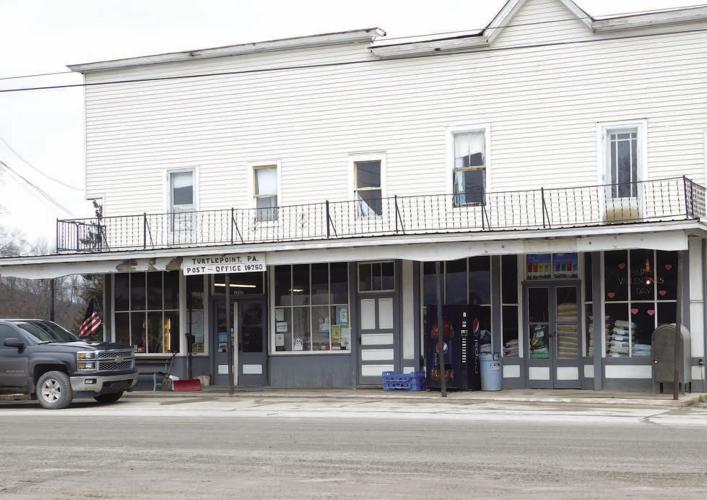 Carlson’s General Store is now sided, but it’s been a staple in the Turtlepoint community for many years. The gas pumps are gone now, but groceries, feed and seed are still available. 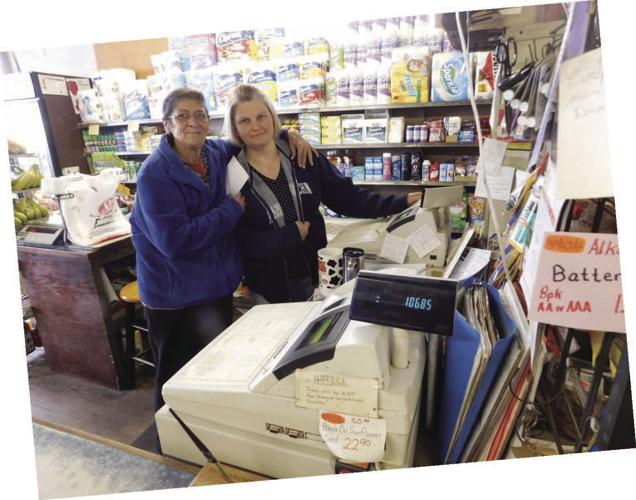 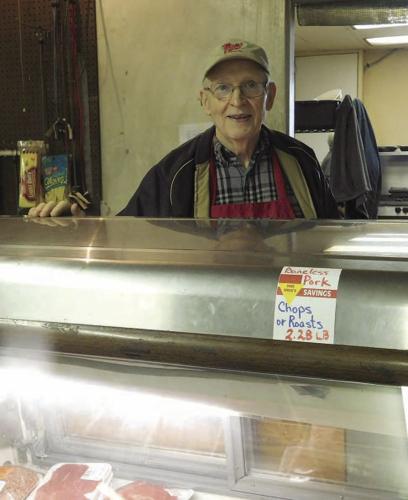 Carlson’s General Store has been in the family since 1920. Jim Carlson, store

manager, can often be found behind the meat counter. 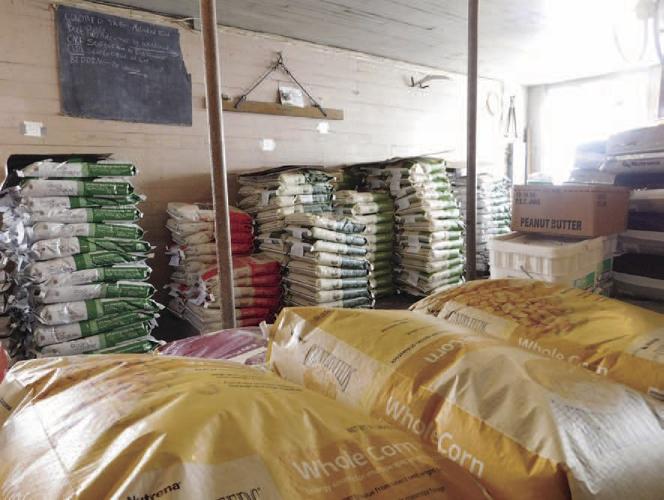 Feed and seed bags of a smaller variety than in the past are stacked at Carlson’s General Store. The attached building was once a hotel during the Civil War era.

Carlson’s General Store is now sided, but it’s been a staple in the Turtlepoint community for many years. The gas pumps are gone now, but groceries, feed and seed are still available.

Carlson’s General Store has been in the family since 1920. Jim Carlson, store

manager, can often be found behind the meat counter.

Feed and seed bags of a smaller variety than in the past are stacked at Carlson’s General Store. The attached building was once a hotel during the Civil War era.

TURTLEPOINT, Pa. — The exposed wooden floors creak and a distinct scent of a woodstove wafts through the building. Cans and boxes line close shelves and bags of feed and seed are piled in another room.

At Carlson’s General Store in Turtlepoint, manager James "Jim" Carlson often greets visitors with “What can we do for you today?” These are words not often heard by customers stepping into most large shopping centers.

On a recent winter day, customer responses ranged from a search for a certain flavor of Gatorade to a man in a cap asking for a bag of turkey seed and bird feed. And Carlson’s was able to accommodate.

“We know we aren’t the only place people shop,” said Carlson, whose family has owned the store since 1920 and lived in the area since the 1870s, “but we try to keep a good mix of what people most often want and need.”

One specialty is good meat, cut on premises by the manager and his staff. “We’ve been kind of known for that,” he said. Bulk cans and boxes sit in one corner and Carlson said local organizations have come to rely on these for special dinners and fundraisers.

The grocery store is now part of a corporation, G.L. Carlson Inc., owned by Jim Carlson and his siblings, including brother, George, who manages the agricultural and timber operations.

“There were eight of us,” he said, noting the family once owned a dairy farm but got out as regulations became more restrictive. Their father, George L. Carlson, first owned the store with a partner, but in 1920 became the sole owner. It had been in existence under different owners prior to that.

The Turtlepoint community in Annin Township was settled in 1821 near a bend in the Allegheny River. According to a 1988 Olean Times Herald article by Cora Niver, George L. Carlson, then 94, served as postmaster as well as store owner. He said the name originated when turtles were found where crews intended building a bridge toward Coryville.

Jim Carlson said the community once boomed and went back to Civil War days. A hotel soldiers once stayed in was later moved across the street and adjoined with the store and that’s where feed is now kept. Sawmills sprung up along the river, along with farms, and there was a three-track spur of the Pennsylvania Railroad with a station along the Buffalo to Washington, D.C., route.

“My grandfather was from Sweden and originally worked at retail stores in Port Allegany,” said Carlson. “He then bought a farm in Long Hollow, our homestead, and when rural free delivery started after the turn of the century, he became the one mail carrier. My father and his brothers continued the farm, and my father later became the postmaster.”

Jim Carlson noted while feed, meat and grocery items and dry goods had always been store staples, changes helped keep up with the times.

“The biggest was after the Flood of 1942,” he said. “This store had to be raised up two or three feet so it wouldn’t happen again.” The 1950s brought utility upgrades, and in the 1970s the family made other decisions.

“We saw things were changing with more supermarkets and dollar stores and convenience stores, so that’s when we emphasized the meat side of our business,” said Carlson, who left a former career as a teacher in Mansfield, Pa., to return to assist with family operations. “We also evaluated the feed store because a lot of farms were gone, so we now have smaller bags for people with horses, some cattle, rabbits, game and turkeys.”

During the 1972 flood, water came close but didn’t hit the structure, but flooded a warehouse across the tracks. Another notable time in the store’s history was the filming of the Denzel Washington movie, “Unstoppable.”

“One of the scenes was shot right at our crossing,” he said. “We had to close the store all day one day and part of another, but they weren’t allowed to close the post office so customers had to be let in a side door.” The event was pretty exciting for locals.

Carlson’s General Store employs eight full-time and six part-time staff. Sandi Shatley works throughout the store as well as at the register and often hears comments about how it’s like taking a step back in time.

“They just like the old-time feel of it and that it’s kind of laid back,” said Shatley.

Cashier Bonnie Russell has been there since the late 1990s and said she enjoys the people who come in, whether regulars or visitors just checking it out — and she likes working for Jim Carlson, whom she calls “the best.”

While country appeal is a factor, Carlson is aware of a need to keep his finger on the pulse of changing times and entertains plans for the future, which could possibly include someday extending hours past the original 8 a.m. to 5:30 p.m. Potential ideas include how to accommodate online shopping with personal delivery, but that’s still down the road.

“It would be kind of neat, though, wouldn’t it?” he said, smiling. “The sleepy little country store with the high-tech operation.”

Quaint Turtlepoint Post Office has operated since before turn of century

TURTLEPOINT, Pa. — To find a post office inside Carlson’s General Store in Turtlepoint is li…