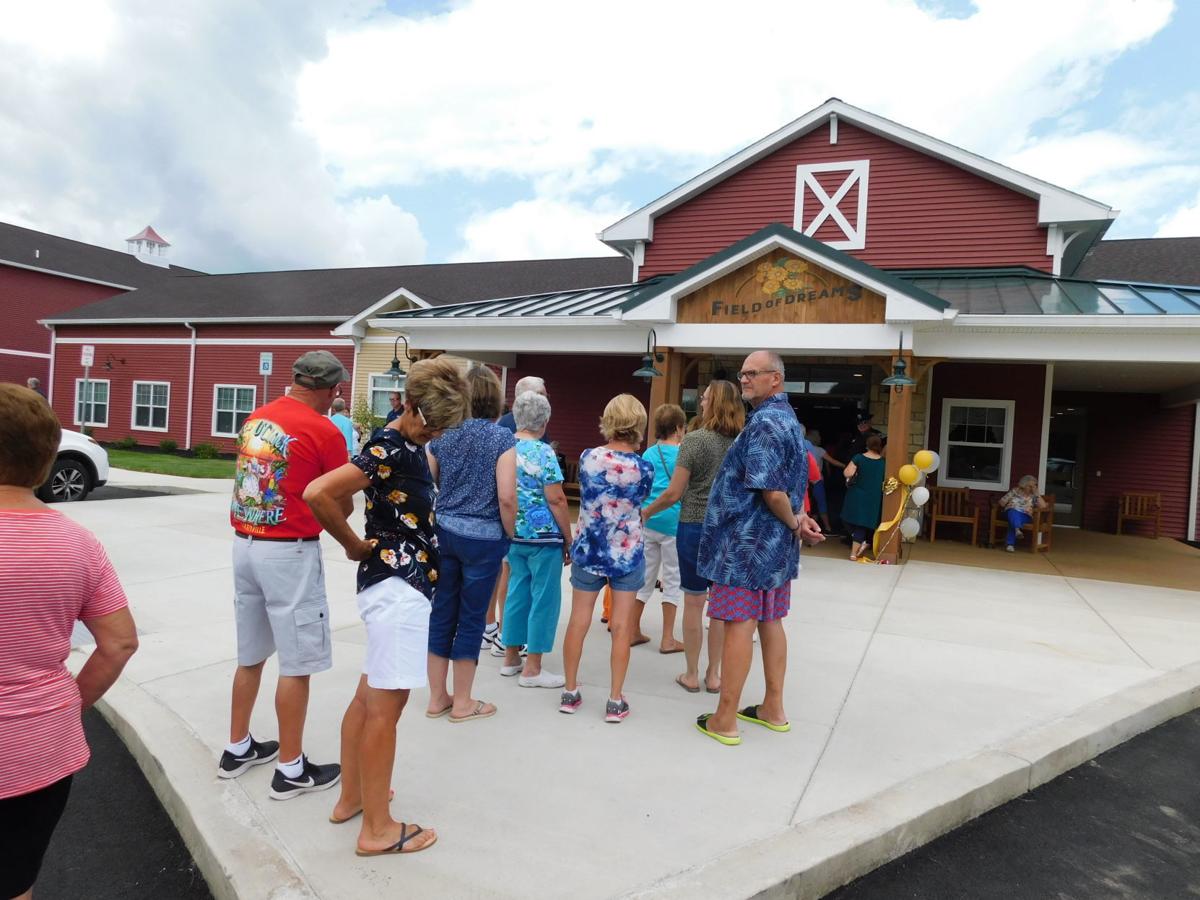 People wait in line to see the new Field of Dreams assisted living and memory care facility on North Seventh Street in Allegany during the grand opening on Sunday. 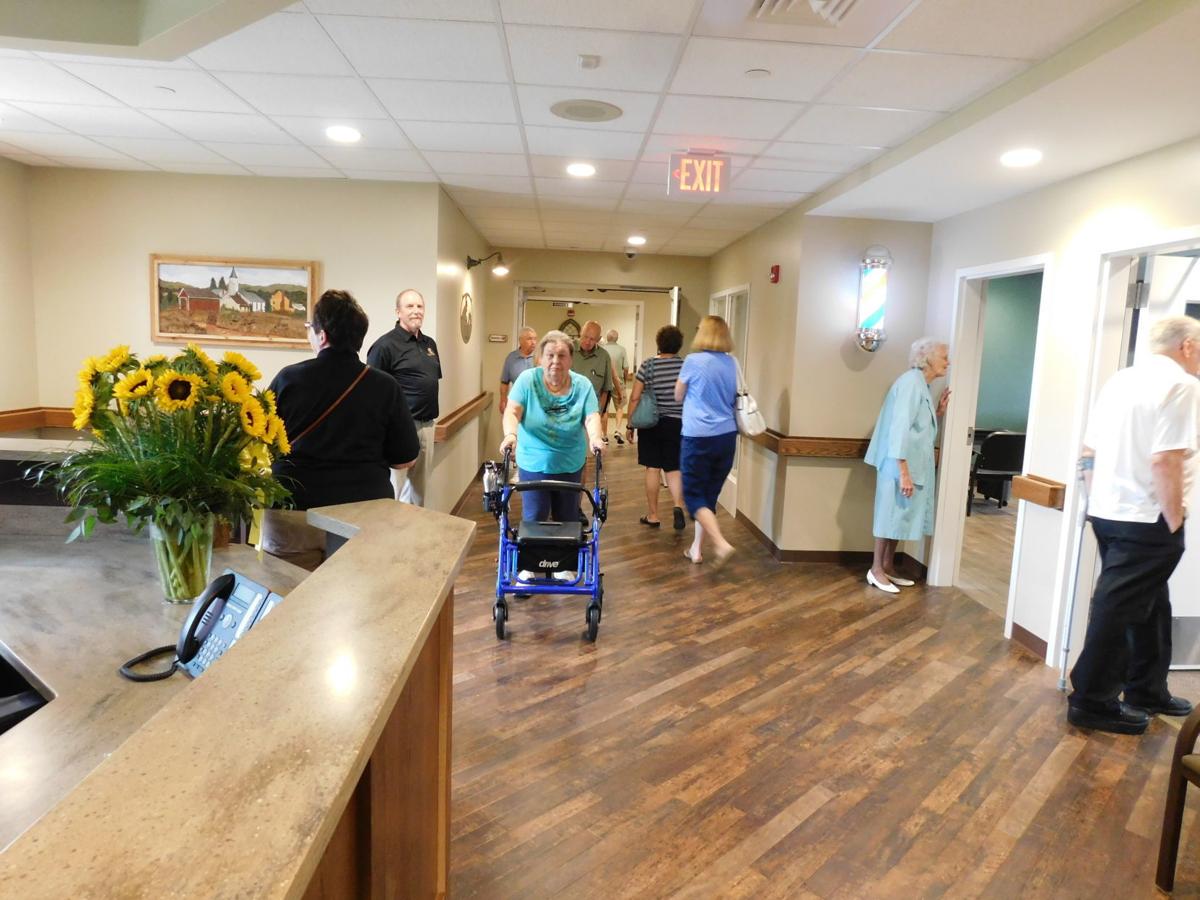 Visitors at the Field of Dreams assisted living and memory care facility in Allegany walk through one of the units during Sunday’s grand opening. 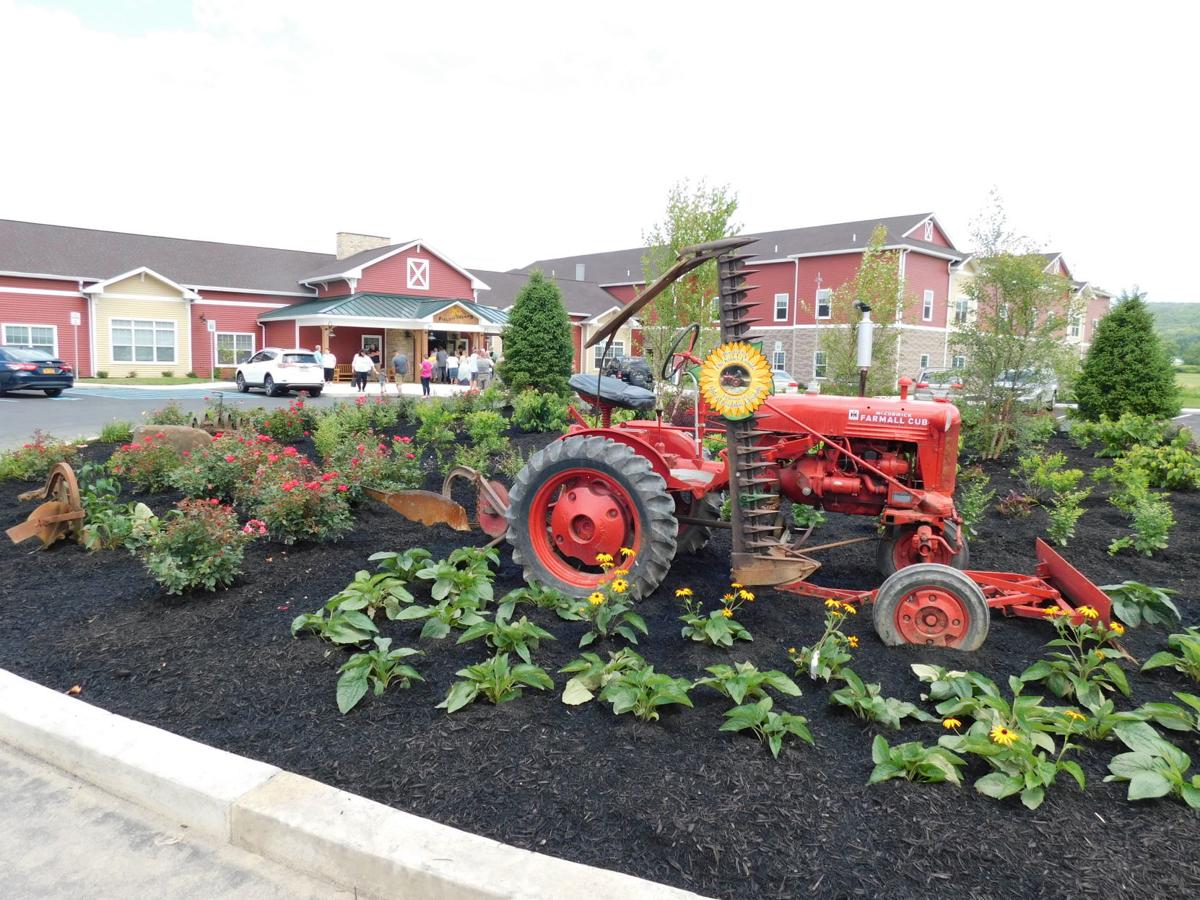 People wait in line to see the new Field of Dreams assisted living and memory care facility on North Seventh Street in Allegany during the grand opening on Sunday.

Visitors at the Field of Dreams assisted living and memory care facility in Allegany walk through one of the units during Sunday’s grand opening.

ALLEGANY — The Field of Dreams in Allegany became a reality Sunday when staff hosted a grand opening for the public.

The 88,000-square-feet assisted living and memory care facility at 3260 N. Seventh St., which has been under construction since groundbreaking in April of 2018, opened its doors to a large crowd of people from the community and surrounding areas. The $16 million facility, which has private rooms as well as suites with bathrooms, along with dining rooms, common areas, a fitness room, a chapel, a recreation lounge and even a barbershop, is ready to begin admitting new residents as early as the end of the week, said Terri Ingersoll, chief operating officer with the Tanglewood Group of Jamestown, parent company of the project. Owner of the Tanglewood Group is Nicholas Ferreri and general contractor is Kinley Corporation, which hired a number of local and regional subcontractors and vendors for the project.

“You’re definitely the best we’ve ever had,” Ferreri said in complementing the work of Kinley Corp. officials at the ribbon-cutting ceremony. “I think as people walk through here, they will see” the quality of the building.

“I have never seen such a caring group of people … because in this community, it’s really your project,” Ferreri said to officials and dignitaries gathered in front of the facility. “Without you, I wouldn’t be here.”

Ferreri then went out to thank the people who helped Field of Dreams come to fruition. He said they include Allegany Mayor Greg Pearl and the late town supervisor John Hare who worked together to streamline the joint community planning process; former State. Sen. Catharine Young who “made sure the utilities are here;” as well as Cattaraugus County officials who include Jim Snyder and Cory Wiktor and legislators from Chautauqua County who all pitched in to make sure the facility was built. The late Louis Magnano and his wife, Patricia, were also praised by Ferreri for support they provided to him over the years.

Ferreri also thanked the Yehl family, who sold farm property flanked by beautiful fields, hills, and a church to Tanglewood for the project.

He said Rick Yehl, whose family had owned the farm property since the early part of the 1900s, had stated this is what his mother had wanted for the property — a place that would take care of seniors.

“As you walk through the facility, the Yehl family’s name is on the wall,” Ferreri noted.

While waiting in line to walk through the building, Pearl said he was impressed with how quickly the building was constructed since its groundbreaking less than a year and a half ago.

“She said they don’t do anything slow,” Pearl said, while looking in the direction of Ingersoll.

Kelly Grimes, business manager, provided information on the facility to visitors, and said Field of Dreams has 76 beds in the assisted living unit, and 64 beds in the memory care unit. Both units are located on two floors. Phase two at the facility, which is expected to begin next year, will include the construction of cabins and ponds located on the grounds behind the main building and will be geared for residents who are more independent.

Visitors at the grand opening included Paul and Lorraine Ranallo of Olean who said they were there because they wanted to see what the new structure looked like and offered.

“We’re considering it, we may have to move here,” Lorraine Ranallo remarked. “It’s very nice.”

More information on the facility can also be obtained on the tanglewood-group.com website.