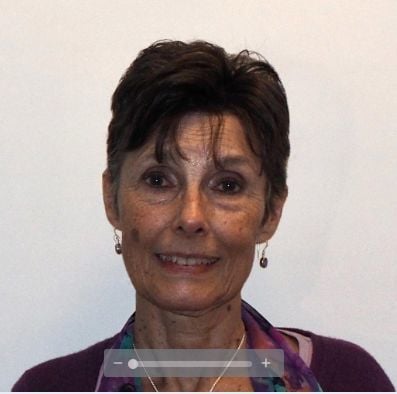 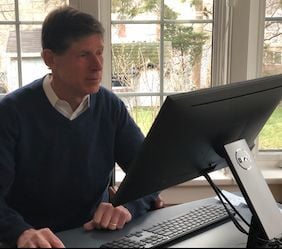 Editor's note: An earlier edition of this article did not make clear that Skype and Facetime are not covered by most insurance companies regarding telemedicine services. Instead, many require HIPAA-compliant platforms.

OLEAN — It is clear that the coronavirus pandemic is creating some form of stress for everyone.

For those who struggle with mental health, the pandemic can make coping even more difficult — or impossible.

Psychotherapist Laurel Stanley of Olean said she believes there are people who could use help, but have concerns about physically entering into therapists’ offices, which are considered an essential service and remain open.

Stanley said this situation is being addressed by many health insurance companies, as well as Medicare and Medicaid, that will now cover telemedicine counseling between therapists and patients by phone or on approved platforms.

“I have noticed just in the last couple of weeks that some people assume I’m going to shut down,” Stanley said. “People don’t realize there are other options — they don’t want to go to a therapist’s office and potentially be exposed” to the virus.

She said the telecommunication options are available at her practice and others in the area.

“I’ve been getting emails from several insurance companies, employee assistance programs, Medicaid and Medicare, saying that during this time of national emergency they’re going to waive some of their HIPAA requirements,” Stanley said of the federal law designating privacy standards for patients. “In the past, (most) insurance companies would not pay for telephone counseling” but many have lifted that rule.

Stanley said those who want telemedicine counseling can do so by computer or mobile devices, as long as they have high-speed internet access. Counseling by phone is also effective. She said staff can walk patients through the computer process by phone if they need help.

Jon Bon Jovi: 'We all can make a difference'

A caveat she issues to patients is that they need to check with their insurance companies first to determine if telemedicine services are covered.

Dr. Craig Zuckerman, a clinical psychologist with Rehabilitation Today Services in Olean, said he, too, and three other mental health providers at the facility, offer telemedicine services.

“We’ve gotten up to speed, done the training and (have) the technology that is involved and we’re offering that for patients,” Zuckerman said. “It seems that in the early stages it’s working as well as we could have expected.”

Zuckerman hasn’t received many local calls from people stressed by the pandemic, but he acknowledged that “some of it may be that the stress of what is happening is just starting to catch up.”

He agreed that the relaxing of the HIPAA and insurance company regulations have made telemedicine available on a larger scale to people who need help.

Health officials have even noted that telemedicine, more and more, is proving to be an effective tool in other areas of medicine because they help to limit the need to enter a doctor’s office.

“Certainly, if anybody calls us or is in need of some type of intervention, we’re not going to turn them away,” Zuckerman said.

He noted other mental health services available in the area include the Cattaraugus County Department of Community Services at 373-8040; and Olean General Hospital’s crisis hotline at (800) 339-5209.