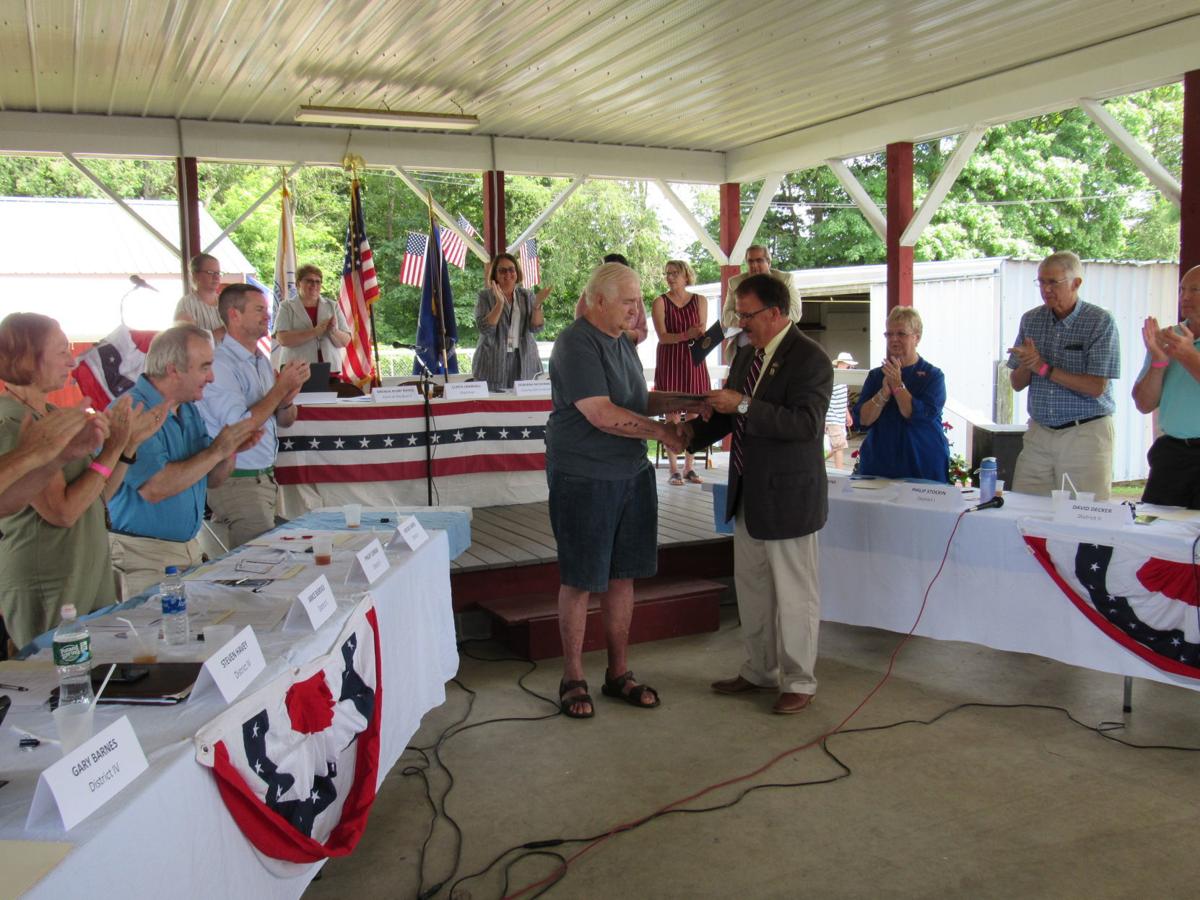 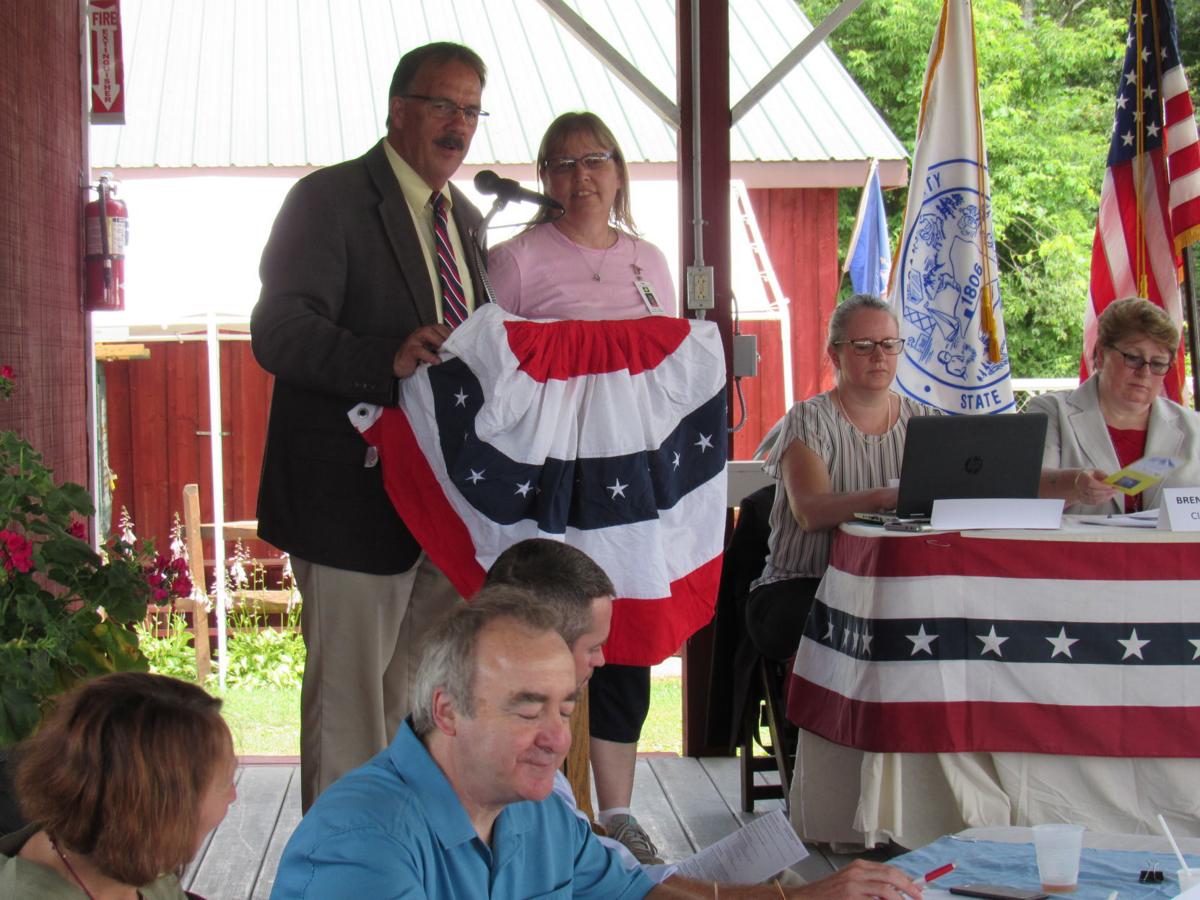 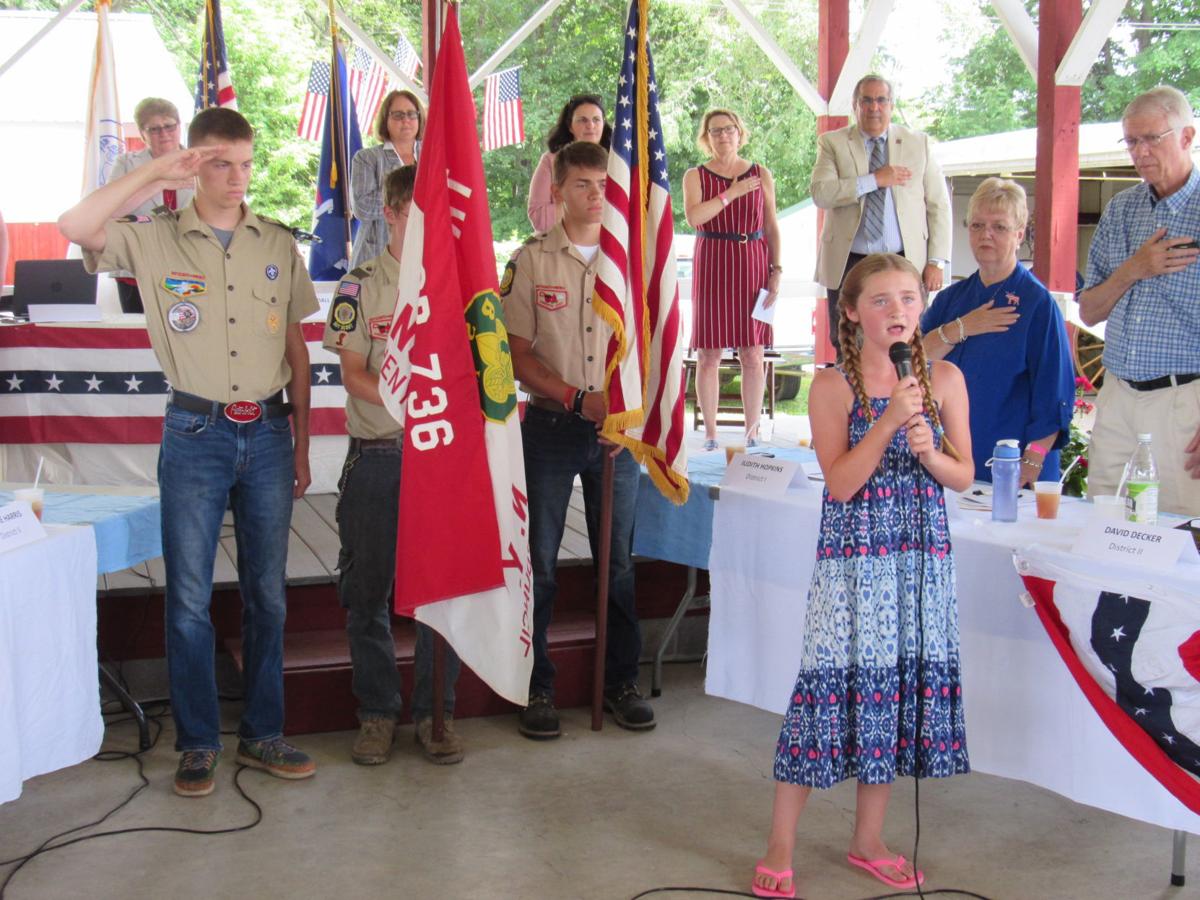 Olean Central School 6th grader Kaylin Kratts (right) sings a powerful rendition of the National Anthem Thursday at the 11th annual Allegany County Board of Legislators board meeting at the Allegany County Fair. Legislators called to order under the Mini Theater on the fairgrounds to dedicate events to everyone involved in making the fair possible. 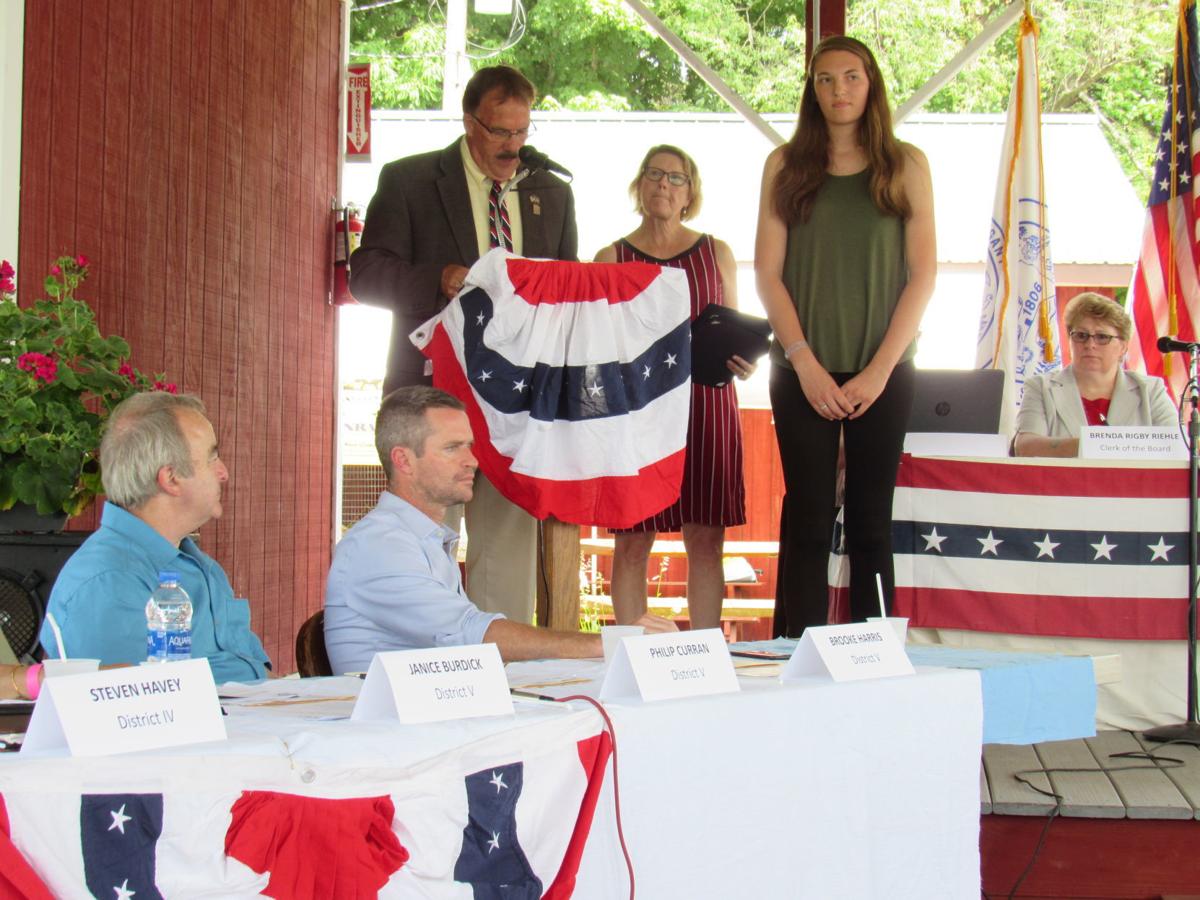 Olean Central School 6th grader Kaylin Kratts (right) sings a powerful rendition of the National Anthem Thursday at the 11th annual Allegany County Board of Legislators board meeting at the Allegany County Fair. Legislators called to order under the Mini Theater on the fairgrounds to dedicate events to everyone involved in making the fair possible.

A tradition in its 11th year, the bimonthly meeting was called to order just after 2 p.m. under the Mini Theater pavilion.

Legislator Karl Graves, R-Wellsville, provided a scriptless reading of the Gettysburg Address, noting in his thanks that the fair committee has wonderfully maintained an event that predates Lincoln’s famous words.

From this open public venue at the Allegany County Fair, legislators sipped maple ices provided by the nearby Maple Shack and spoke to the tune of wood-carving chainsaws and steam engine whistles.

Mercier volunteered for the U.S. Army in 1954 because he felt like it was the right thing to do and was not going to wait for any draft to call him to duty. Serving his country and volunteering is where he knew he needed to be. He achieved the rank of specialist third class as a field artillery missile crewman at the Nike Missile base in Richborough, Pa. during the Cold War. He took his basic and advanced training in Fort Dix, N.J. and spent time in Philadelphia.

He was awarded the Expert Marksman badge with Carbine Bar and Sharpshooter Badge with Rifle Bar. Mercier lives in Andover with his wife, Diane, and has remained actively involved with American Legion Post 397.

Mercier was presented a certificate on behalf of the board thanking him for being at the event and for his service to the country, and he was also honored with a certificate presented by Lee James, representing U.S. Rep. Tom Reed.

Brown's take on the Sanders-Warren clash

Jozwiak was honored for her years of involvement in 4-H among many other achievements, including taking care of her one older brother and five younger adopted siblings. She is a member of the Cuba Gold Diggers 4-H club, shows animals at the fair, played flute in the Cuba-Rushford band and participated in basketball, soccer and track.

Volunteer work in the community and leadership roles in various clubs demonstrated Jozwiak’s self-confidence and professional skills, which influenced her decision to attend Jamestown Community College’s nursing program with intentions to move on and become a certified midwife.

For her involvement in 4-H, demonstrating leadership qualities and helping others, Jozwiak was presented with a certificate to thank her on behalf of legislators and everyone in the county. Reed’s office also recognized Megan’s achievement in the community with a certificate.

Rather than focusing on an individual this year, legislators dedicated the fair to everyone who attends and helps out. Chairman Curtis Crandall, R-Belfast, stood with fair organizer Karen Tripp and noted the multiple improvements people have made to the fairgrounds in the last 20 years, including the Mini Theater, multiple new paved walking paths and other facilities that promote the rich agricultural history of the county.